Last night I met Karen Greenbury in person. I first met her on the Internet after she quit her secretarial job in Alberta, Canada and was preparing to take a one-year sabbatical in Mexico. Karen is forty-four, single and travels with her cat and dog. She pulled her 17-foot trailer through the West Coast of the United States, into Baja California and across the Gulf of California to mainland Mexico.

Karen gave me permission to post one of the articles she had written about her trip for a home-town paper.

Although I, too, made the journey solo, I didn’t do it pulling a trailer for a year. I have to give this gal a lot of credit. She is, as Auntie Mame would say, “living life.” Karen says she wouldn’t do it that way again, but wouldn’t have given up the wonderful experiences she’s had along the way. I hope you enjoy this installment of her saga.

We’ve crossed the Rubicon. Also the Gulf of California; now we’re really in Mexico. Mazatlan, to be precise. Our RV park is downtown on the beach, next door to a very upscale Holiday Inn, for $13.00 U.S. a night. We deserve it though; I feel we endured a certain amount of trauma to get here.

Had to return to La Paz for the ferry, and spent 4 days there, preparing. Groceries, e-mail, miscellaneous errands and — Eureka! — kitty litter! Bought 5 bags, at nearly $1.00 per pound, as a reserve for places with no beach. Worth every penny, as it doesn’t appear to exist anywhere else we’ve been in Mexico.

We were welcomed back to our campsite in La Paz; Alberto (the proprietor) and I traded stories, practiced our respective second languages over margaritas, and laughed a lot. He updated me on his friend Pedro’s doomed romance, and was thrilled to have my photos of his kids. It’s a nice site, in that you’re on the beach where the bay curves, looking back over the water to the city lights at dusk. La Paz has some of the most beautiful sunsets on the peninsula. Little bats flitter and swoop after sundown. I love to watch them, particularly when I know they’re disposing of mosquitoes and other obnoxious bugs!

I was beginning to think we’d be trapped there for eternity, though, sweltering in 100º+ temperatures. It’s a great town; they just need to put it someplace cooler. Never mind dysfunctional; that kind of heat propels me straight through to totally non-functional. Too hot to move/eat/sleep, almost too hot to breathe. The animals were suffering too; it’s rather frightening to see a cat pant with his tongue hanging out. There’s no shade to be had. An entire Mexican family laid out their picnic up against the far side of my trailer one day at Playa (beach) Tecolote. I didn’t have the heart to drive away until they finished.

Making the ferry arrangements took every ounce of strength I had; it’s a bureaucratic nightmare. First, you have to haul your whole rig out to the terminal to procure a vehicle import permit for the mainland. Then it gets measured and weighed, which requires that you clear Customs first, for some obscure reason. At that point, you can try to buy a ticket. In my case, they wouldn’t sell me one until the length/weight document was stamped, and the folks at the scale wouldn’t do that until I had my ticket to board. Or that’s what I understood with my limited Spanish. Finally exasperated with me, the lady capitulated but gave me to understand it was highly irregular. Unfortunately, that day’s tickets were sold out by the time I returned to the kiosk with my prize.

On day two I went round again. I was at the terminal by 8 a.m. and still waited in line (dripping in the sun) over an hour for my ticket. Vehicle transport is exorbitant; good thing they didn’t know I’d have signed over my entire bank account by that time, just to exit La Paz. They told me to be back by 7 p.m. for loading. Strange — the day before at the scales, they told me 3 o’clock. Then at the gate, the guard said 5. So I split the difference; at 5 o’clock, Customs was just opening and we inspected, weighed, and measured once more. Then I languished on the loading dock until 8:30 or so.

At least I got to drive on. Apparently there’s more than one type of ferry, and you have to back up the ramp to some of them. I left the animals in the trailer and treated myself to an Especial — private cabin with two beds, bathroom and living room — couch, table, and a TV — 57 channels with nothing on. Literally; the screen was blank! The A/C didn’t work either, but I was in heaven! The shower almost had room to swing a cat, but poor Bast was down below in the dark. Felt a bit guilty, but I got over it. Didn’t actually sail until 10:30 or so and I slept most of the way, wallowing decadently in my first real bed in four months.

I made a complete spectacle of myself on arrival. When we boarded, upper deck access was via a central staircase. On docking, all those doors were locked. I was utterly panic-stricken, envisioning a long cortege of vehicles with irate drivers, trapped behind my empty van. I couldn’t find an alternate access, and couldn’t move for the throng of people queued to disembark. I waved my keys, pantomimed cranking a steering wheel, and babbled ” mi carro, mi carro” (my car) at anyone even remotely official looking. Nonetheless, I was herded out and off the ferry with everyone else.

It turns out that’s the way they do it here; the drivers wait shoreside until all passengers, luggage, crew, fixtures, appliances and empty bottles are removed. Then you trek back down the ramp and retrieve your vehicle.

Actual passage time: 9 hours. Total time invested: 49 hours. Total trauma quotient: immeasurable. Bast took it pretty much in stride, but Siri wouldn’t get out of the van for 2 days, in case I left her somewhere horrible again.

We were going to camp right in Topolobampo but somehow had the urge to distance the experience. Culiacan was the back-up plan but I couldn’t find their campsites. Hence Mazatlan, several days ahead of schedule.

It’s hot and humid here but I think we can tolerate it, after Baja. And Sinaloa is gloriously green; hadn’t realized how I needed that, after so much aridity. Each experience so far seems to build to the next; driving the Rockies and down the west coast toughened me up for the Baja roads, and now we’ve been “forged in the crucible” of Baja temperatures.

I can’t say enough about the people here, though. Bureaucrats are the same the world over, but so many others go out of their way to help; they translate, direct, teach you Spanish, even accompany you, if necessary, to accomplish what you need. Small town or big city — waiters, taxi drivers, truck drivers, street peddlers, street urchins — you attempt a little fractured Spanish and those deadpan expressions crack. They smile, laugh, ask you your name and try out their English. The warmth of the country isn’t limited to the climate, and it’s a lovely experience.

On arrival in Mazatlan, I drove aimlessly around and around, looking for an RV park and getting increasingly frustrated. I finally parked on a side street and started canvassing passersby. The first man I queried had no English and we weren’t communicating well; a girl stopped and volunteered to translate. She roped in a policeman and two guys sitting at a sidewalk table and they all got involved, arguing the relative merits of nearby campsites. I was overwhelmed — almost embarrassed — when Juan, who had reasonably good English, insisted on walking me 5 or 6 blocks (and back), to show me the route I needed. He’s from Veracruz, and told me all about Mazatlan, about his ex-wife, and then his girlfriend. So when he picked a flower and presented it to me as we parted, I wasn’t the least bit uneasy; I’d simply made a new friend! As a stranger in a strange land, how can you begin to express your gratitude for that kind of courtesy?

My fellow travelers have been an enormous source of comfort, as well. So far, I’ve been given a water carboy, a jacket, six books, a hummingbird feeder, and lots of invaluable advice. Yesterday, Bob and Al at the park here installed wire mesh cat-proofing on all my windows. Al’s wife, Carol, calls it “Kitty Alcatraz” — touché, Bast! Then there are the shared meals, Happy Hours and tall tales from our respective journeys… I’ve made three new friends in four days here, and we’re planning to caravan back up to Chihuhua and see a bit of the Copper Canyon next week. That’s apparently a “must-see” in Mexico, but wasn’t feasible alone with two animals. Together, we can work out some reciprocal pet-sitting arrangements for the two dogs and three cats. I want to take the burro pack trip!

I have days where I wonder what on earth I’m doing, and whether I can manage it or not, but the fact is, I am doing it and sometimes that amazes me. With a little help from my friends — like Blanche Dubois, I’m dependent on the kindness of strangers. And it’s been a revelation to discover how reliable that is, and how quickly strangers become friends!

Maybe I wouldn’t be here, if I’d considered all the ramifications — paralysis by analysis. But that’s not me. I tend to jump in, then try to cope. And so far, I wouldn’t have missed it for the world! 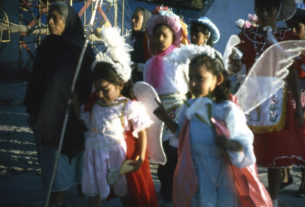