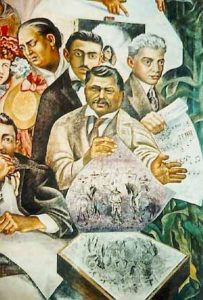 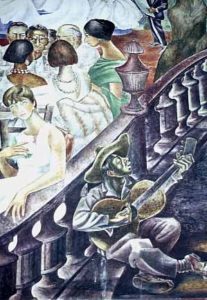 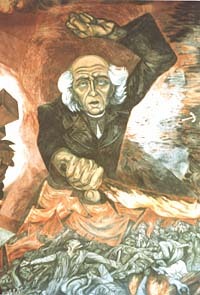 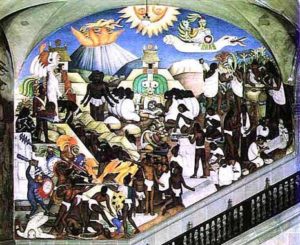 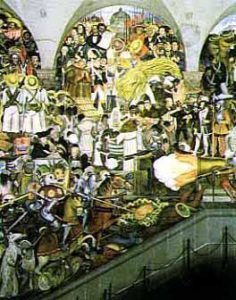 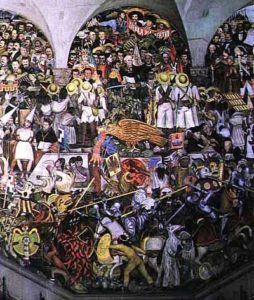 In Guadalajara with a short time to spare after a business meeting or a long wait between flight? Even an hour or two will suffice to see something of the artistic heritage that Mexico’s second city, Guadalajara, houses on behalf of the nation.

It is especially fitting that the city houses so much fine mural art, not just because the city was christened the “Florence of Mexico” by Mexican diplomat-historian Eduardo Gibbon, but also because Guadalajara was the birthplace of Gerardo Murillo, better known by his pseudonym Dr. Atl, considered by art historians the founder of modern Mexican muralism. Atl, they say, inspired an entire generation of artists to develop their talents to new heights.

Of the triumvirate of mega-star national muralist of this century – David Alfaro Siqueiros, José Clemente Orozco and Diego Rivera – only the last-named was too busy elsewhere to point a mural in Guadalajara.

Siqueiros, with Amado de la Cueva, is responsible for the sober- hued compositions which decorate the University of Guadalajara’s downtown Biblioteca Octavio Paz. They broke the long-standing tradition in the city of neoclassical “aesthetic” murals. There is something bold, dramatic and disturbing about this change.

Jalisco native José Clemente Orozco did much of his finest work on walls in the city, although it must be admitted that these triumphs followed many years in which his native state failed to recognize or reward his talents, forcing him to roam far afield in search of worthy and wealthy patrons. Orozco was sought after to work in Mexico City and the U.S. long before he was invited to return to Guadalajara.

Of Orozco’s works, the easiest to see are those in the Government Palace and, the Cabañas Cultural. Institute. A vigorous, white- haired Padre Miguel Hidalgo brandishing a flaming torch overwhelms visitors ascending the staircase of the Government Palace. Is Hidalgo liberating the downtrodden people from the forces of religion and politics? Orozco’s, Is “Man of Fire”, the central mural rising into the dome of the Cabañas Cultural Institute, the. “Sistine Chapel of the Americas,” is an artistic and technical masterpiece, Another Orozco, this one with a suitably educational theme, decorates, the dome of the University assembly hall. While orozco had plenty of helpers, he could be said to have literally painted these murals single-handedly – he lost his left hand in a childhood accident.

Orozco’s broad brush strokes disguise his keen, searching and exhaustive prior research into his subject matter. He may not have been prone to express his opinions orally but listen, or rather watch, how his brush speaks!

The work of lesser-known, but equally interesting muralists, abounds in the city. The highest expression of nineteenth century neoclassicism is seen in the wonderful mural, based on Dante’s Divine Comedy, by Jacobo Gálvez and Gerardo Suárez on the dome of the Degollado Theater. The varied styles of Gabriel Flores can also be admired in downtown buildings. His mural of the founding of Guadalajara in the City Hall, which has some delightful., humorous touches,, is completely different to his first mural in the city, that covering the reading room dome in the state library, near Agua Azul park. Both are different to his “Mythology and History of Tequila” painted for the Tequila Sauza building.

However difficult it is to take a mural. away with you as a souvenir of your visit to Guadalajara, even a brief visit to any of those described here will enhance your appreciation of the oft-forgotten artistic treasures on public display around the city. And, should you think after seeing this wealth of mural art, so conveniently displayed in the “Florence of Mexico”, that this must be a simple art form, then next time you have your house decorated, borrow some paints and have a go yourself on the bathroom wall before the professionals take over…