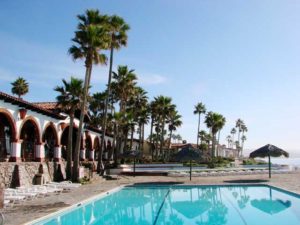 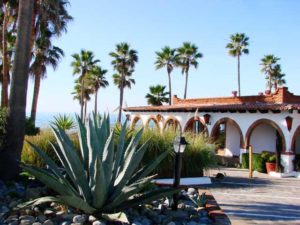 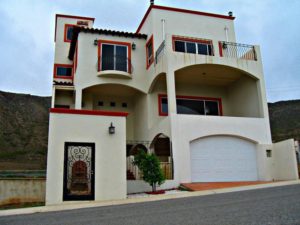 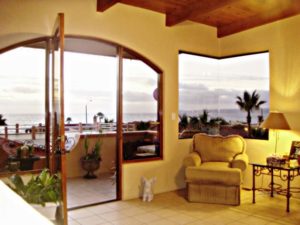 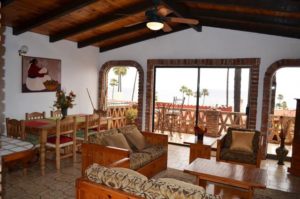 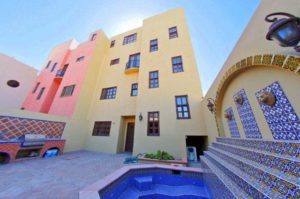 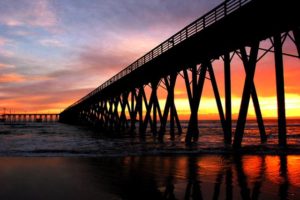 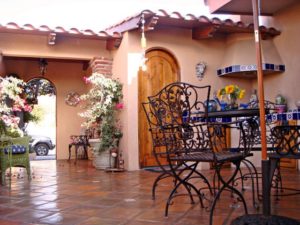 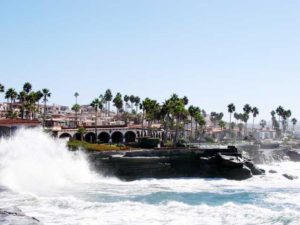 I looked at him with what could only be described as pure skepticism. “Affordable, direct ocean view Mexico real estate and just steps from the beach?” I said. “Show me.”

As realtor and expat Max Katz drove me to a beachside community of Las Gaviotas on Rosarito Beach in Baja, Mexico, I imagined myself once again leaning over the edge of a balcony, hanging on to the railing as I strained my neck to the side in an effort to catch the tiniest glimpse of blue waves lapping a long sandy beach.

I entered the home for sale and was immediately drawn toward the sun-drenched great room. What unfolded before me made my breath hitch. Cathedral ceiling exposing a wall of windows with a balcony beyond, framing a view of those crashing waves that make world-class surfers return over and over to Rosarito beaches.

“This is why I’m here,” said Max, an avid surfer who uprooted his family from Orange County, California 22 years ago. “This is Northern Baja’s crown jewel.” And Max should know — he not only sells real estate in Las Gaviotas, he lives there himself.

The gate-guarded Mexican beach resort of Las Gaviotas is a mere 35-minute drive from the border of California. It is a well-planned community with three layers of single-family, detached homes, each level having an unobstructed view of the cascading Pacific coast. Residents enjoy a breezy beach great for surfing and paddle boarding, an ocean boardwalk, swimming pool, Jacuzzi, palapas, BBQ, and of course the requisite gorgeous sunsets.

“I came for the lifestyle and I’ll never go back,” said Max who turned 50 in November. “The food is fresh and cheap, and it’s been a very safe place to raise my kids.” Max and his family try to get to Las Gaviotas’ private beach nearly every day, to surf, swim, BBQ, camp, read under a palapa, or enjoy a relaxing bonfire at day’s end.

Rosarito, made popular mid-century as a retreat for Hollywood jet-setters who frequented the charming Rosarito Beach Hotel, is quiet and nonviolent but has suffered unfairly from the reputation of mainland Mexico’s troubled border cities and from the decline in the U.S. economy. Just a short drive from the frenetic pace and noise of Tijuana, Rosarito is like an oasis, providing a more restful atmosphere during the week, but also lively party scenes on weekends if so desired.

And now, what were previously untouchable oceanfront properties stand dozens of bargains in Las Gaviotas and similar communities. Real estate prices in this region have not been this low for many years. This quintessential beach town may soon hit the radar of potential foreign residents or investors looking for a beach bargain.

The 1,000 square foot, open concept, two-bedroom, ocean view home Max showed me in Las Gaviotas is offered at just $162,000 USD. There are also a variety of homes in the community available for either short vacation or long term rental.

And Las Gaviotas is by no means the only show in town. There are many other developments with reasonably-priced oceanfront homes for sale.

If sipping a margarita under an oceanfront palapa right outside your door or taking in the stunning sunsets from your own balcony sound good, then Misión Viejo will suit you. Just south of Rosarito Beach, this authentically charming Mexican community is host to some of northern Baja’s largest oceanfront homes, many of which are multi-level and built around courtyards. The community has a large clubhouse, tennis courts, a basketball court, shuffleboard court, and bocce ball. The beach is accessed by walking through a park filled with year-round flowers. A 1,800 square foot three-bedroom, two-car garage home with panoramic ocean views is listed at $229,000 USD. There is even a courtyard with a fountain.

About 20 minutes south of Rosarito, and still in the same price range as Misión Viejo, you’ll find Puerta Del Mar, one of the most exclusive beachfront communities of Rosarito. A spectacular never-been-lived-in 2,135 square foot home with million dollar views; spacious gourmet kitchen, open living-dining area, 3 bedrooms and a huge rooftop terrace is available for $249,000 USD. It just doesn’t get any better than that.

For the more budget conscious who are looking for a part-time second home, the nearby beach community of Plaza del Mar has an 800 square foot two-bedroom ocean view condo for just $79,000 USD. And for someone looking for a larger upscale, luxury home with high-end finishes, those are available too.

Aside from the incredible real estate opportunities, there are lots of other enticing reasons to vacation or invest in Rosarito….

Baja Studios — where such blockbusters as Titanic, Master and Commander, and Robert Redford’s soon-to-be released All is Lost were filmed — is on the beach just a few minutes from Rosarito. Expats and locals alike are thrilled to get an opportunity to audition to be “movie extras.” There is also a local theatre guild where residents can further improve their acting skills and participate in productions several times a year.

Puerto Nuevo, 10 miles south of Rosarito is a popular destination for residents and visitors. This small fishing village began in the 1950s as a small stand near a Newport cigarette billboard (Newport translates to Puerto Nuevo in Spanish). The billboard is long gone, but more than 30 restaurants and shops now dot what has become one of the most famous lobster destinations, claiming to serve more lobsters in this town than anyplace in the world. One restaurant, Puerto Nuevo II, is owned by one of the founding families of this famous lobster village — Rosa Maria Plascencia and her husband Enrique. The lobster preparation here is a science, deep fried to perfect texture, drenched in butter and served with salsa and chips, rice, beans, and homemade tortillas whose heavenly aroma permeates the restaurant and street beyond.

For shopping prospects, there are a variety of colorful artisan venues such as the many galleries selling original art, silver shops, or renowned rustic furniture covered with exquisitely hand-woven textiles along Popotla Boulevard or Boulevard Benito Juarez. Or, adventure into the open air markets of Mercado de Artesanias and bargain for locally-made pottery, leather goods, crafts, jewelry, woodcarvings, or myriad souvenirs.

Back in the car, after showing me the Las Gaviotas property, Max asked me if I’d ever tried “Mexican street food.” I confess, visions of pink Pepto Bismo bottles assaulted my thoughts, unbidden. I was to be proven wrong, once again. We pulled off onto a small roadside taco stand, and watched as lean strips of beef were grilled right in front of us then stuffed into soft, fresh taco shells and topped with cilantro, jalapeños and a special sauce. I couldn’t get them into my mouth fast enough!

Whether you are looking for a great investment opportunity or seeking a romantic weekend trip or a surfing expedition, in Rosarito, Baja the living is easy, affordable and fun. 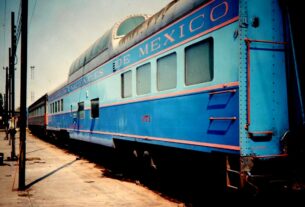