The Maya make up the largest homogenous group of Indians north of Peru, inhabiting a vast area that encompasses Mexico’s Yucatan peninsula and parts of the states of Tabasco and Chiapas, as well as Guatemala, Belize and parts of western Honduras and El Salvador.

While not the earliest of the great Mesoamerican civilizations, the Maya are generally considered the most brilliant of all the Classic groups. The culture’s beginnings have been traced back to 1500 BC, entering the Classic period about AD 300 and flourishing between AD 600 and 900.

Mayan settlements were situated close to cenotes, natural water holes that allowed for survival in an inhospitable tropical climate. The basis of the culture was farming, which included not only the cultivation of maize, beans, squash, and chili peppers, but also “cash crops” of cotton and cacao.

Considered the most outstanding intellects of ancient Mexico, the Maya devised a complex style of hieroglyphic writing that has yet to be fully deciphered. They refined the exact sciences learned from other prehispanic civilizations. Through their knowledge of astronomy and mathematics they calculated the lunar cycle, predicted eclipses and other heavenly events with great precision and formulated a unique calendar system more exact than the one we use today.

For the Maya, science and religion went hand in hand, forming the core of daily life. A baptismal rite was commonly practiced for children who survived infancy. To secure the favor of their gods, each year was marked by a series of festivals that included ritual offerings, sacrifices and the imbibing of an intoxicating mead called balche. Among the most revered deities were Itzamna and Ix Chel, father and mother of all other gods, and the rain god Chac. Kukulcan was the Mayan name for the feathered serpent, god of the ruling caste. The Maya’s highly complex pantheon and multi-faceted cosmology continue to fascinate and perplex archaeologists and other students of the culture.

There is a baroque quality to the artistic style of the Maya, as evidenced in their exotic murals, polychrome ceramics, finely detailed stelae, altars and other stone work. As opposed to the geometric designs typical of other cultures, the human form is common depicted in Mayan art.

Insufficient food supply, earthquakes, pestilence, invasion by outsiders, internal rebellion or a combination of these factors have all been suggested as possible causes for the fall of the Mayan eminence. What appears certain is that by AD 900 the Maya’s numerous ceremonial centers had been abandoned. Swiftly disappearing beneath dense jungle growth, many sites avoided destruction by Spanish Conquistadors, remaining hidden and remarkably well preserved until the 19th century. 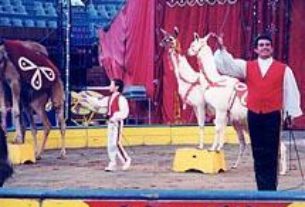 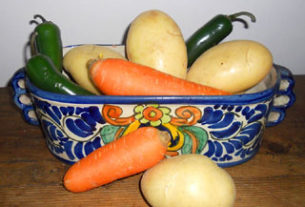 Introduction to Michoacan: The soul of Mexico