If expats want to be accepted into the broader society, then they must act the part and treat custom and societal standards with the respect they deserve. It’s not enough to throw money at causes and do charitable work.

When one attends a cocktail party in the US one dresses appropriately. It’s the same for urban Mexicans attending similar functions in their city, naturally to the extent that they can afford to do so. So why then do a considerable number of full and part-time Oaxacan residents of American citizenship dress unkempt – often in sloppy t-shirts, jeans and sandals – when attending a formal function in the City of Oaxaca?

The first time that the unfortunate phenomenon hit home, it caused this writer to hypothesize both why it occurs and how it can be prevented. This is with a view to enabling such expats to have much more diverse and culturally rewarding Mexican experiences. And at the same time, it should enable them to answer their own questions often posed to my wife and me in apparent envy… how we’ve become seemingly relatively well integrated into the broader Oaxacan society.

The evening in question was marked by two significant events in the city. Both centered upon reflecting the past and looking to a bright future for Oaxacans.

The first was the formal installation of Lic. Edna Franco as the president of the Oaxaca Bar Association, attended by prominent federal and state legal minds and politicians, and some 400 attorneys. The agenda, within the context of speech-making and cocktails, aside from its formal raison d’etre, was a look back at from where we’ve come, and a look forward socio-economically in terms of how the Bar and judiciary can ameliorate the Oaxacan lot in general.

The second function was a cocktail party honoring those benefactors who had donated between 1,000 and 3,000 pesos towards a scholarship program for indigenous women who would otherwise not have the opportunity to complete their education and achieve their intellectual and career potential. The party was held within the context of the following evening’s benefit concert by Lila Downs, the driving force for the project since 1995 in terms of raising funds.

As often occurs in Oaxaca, my wife and I had to flit between functions, initially attending the former affair, then the latter, and finally back to the more comfortable celebratory setting of the inauguration. I wore a suit, and my wife similarly appropriate attire, as did almost all of the attendees at our first stop. There was wine, hors d’oeuvres, and a five-piece string band. At the second, as at the first there was alcohol, botanas and live music.

But the similarities stopped there. The minority of native Oaxacans dressed either similarly to my wife and me. or otherwise neatly and tidily to their financial ability or within the context of their perception of acceptable cocktail attire. Otherwise, most of those (mainly male) invitees who were English speakers dressed as if they had just come back from a trek through the countryside on a mule. There appeared to be lacking any sense of acknowledgement of achieving the goals of the broader cause, any semblance of an atmosphere of festivity, or respect for process. Just point me to the troughs so I can eat, drink, and talk.

The legal event was attended by attorneys, many of whom were of modest means (one doesn’t get rich being a criminal, human rights or labor lawyer working in the trenches). Yet each owned or borrowed attire to match the function, knowing they were going to be at a formal affair. The fund-raising function was in fact called a “cocktail,” right there on the invitation, and everyone approached to contribute was told that with their level of donation they’d receive a double pass to a cocktail party. Therefore one could not possibly mistake what it was.

Then why the dichotomy in dress? Everyone who can afford to donate at least 1,000 pesos can afford a nice pair of pants, clean shirt with collar and leather shoes. Everyone who lives here must own at least one set of non-donkey-trekking clothes. And if not, why not?

We live in a major urban center, the capital of a state, where as we all know or ought to know, social functions are a part of day-to-day life. This was not a pueblo wedding where one dresses as one wishes. The “anything goes” adage works at a beach resort or for a two-week vacation. In both cases, the likelihood of being invited to a formal function are slim. But those who spend longer periods of time in an urban center must be aware of acceptable standards of dress. Conforming to these standards is a show of respect for native residents and their society… in which you’ve been given the privilege of residing.

If expats in fact want to be accepted into the broader Oaxacan society, have Oaxacan friends and be welcomed into their social circles, then they must act the part and treat custom and societal standards with the respect they deserve. It’s not enough to throw money at causes and do charitable work.

Don’t envy my assimilation. Don’t ask how I’ve become integrated. It’s not hard to figure out. I may be smug. And now I may be well on my way to alienating my wife and me from your narrow social circles, but I do look in the mirror. Perhaps my fellow expats ought to look in their mirrors as well, at least before leaving the house for their next cocktail party. 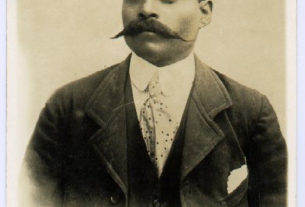 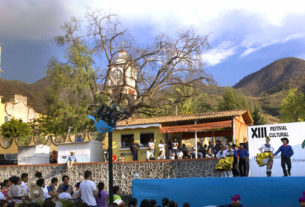