The inextricable intermingling of myths and legends alongside what appear to be sober historical facts in many Mexican codices or painted books from the Valley of Mexico.

The story of the Conquest of Mexico in 1521 by Cortés and the Spanish Conquistadores has been told many times, but usually from the standpoint of the victors. An notable exception is The Broken Spears (Boston, 1962), an attempt by the Mexican scholar Miguel Leon-Portilla to give voice to the victims and survivors of the Conquest and let them tell the story in their own words.

However, one of the problems encountered by historians and Mesoamerican scholars is the inextricable intermingling of myths and legends alongside what appear to be sober historical facts in many Mexican codices or painted books from the Valley of Mexico, Yucatan, and the Oaxaca area of southern Mexico.

Very few pre-Hispanic manuscripts survived the conquest but many hundreds of codices were produced later during the Spanish colonial period. Many of these otherwise historical records begin with a scene in the celestial realm or mythological past of the people and then shift into a historical mode.

The connection between earthly things and the celestial or spiritual realm in Mesoamerican religion is graphically represented in the Borgia Codex, a pre-Conquest manuscript  of unknown provenance, which shows two images of Quetzalcoatl back to back with Mictlantecuhtli, the Aztec god of death. In one scene Quetzalcoatl as god of the terrestrial region is depicted in red and other dark earthy colours. In the second scene as god of the celestial region Quetzalcoatl takes on a pale blue shade indicating his transition to this exalted position in the heavenly realms.

In the Mesoamerican concept of history found in the Mexican codices these mythological explanations or legendary tales are an integral part of the historical account. In both the pictorial and written codices, the “mythological” account sets the scene for the historical narrative to follow. In the Mixtec way of thinking so-called “mythology” and history are not incompatible but rather complementary.

The Mexican codices have been classified into four main categories of manuscripts: Pre-Conquest, Spanish Patronage, Native Colonial, and Mixed Colonial. There is another important non-codical source of historical information on ancient Mexico, such as Mayan language inscriptions on stone monuments and scenes on ceramic objects, but here we are concerned mainly with the manuscript tradition. But before going on to the codices themselves perhaps a word on the term “codex” is in order here. Strictly speaking, a codex is a written manuscript in book form. Many Mexican codices are actually long screen-folds of skin sized with lime or amatl (native paper), which, when folded, resemble the familiar European style book.

Very few pre-Hispanic codices survived the Spanish Conquest. Only four Maya codices are known today. We also have a couple of Aztec ones and the Borgia Group which comprises codices in the Mixteca-Puebla style. Most of these are ritual-calendrical codices rather than historical narrative. The most historical documents are the historical-genealogical Mixtec codices from western Oaxaca painted in the pre-Conquest style.

When correlated with western calendar dates, the Mixtec codices embrace a period roughly from about AD 692 to 1556.  They contain both mythological elements and genuine Mixtec history. A codex generally begins with a creation story and an account of the divine or super-human ancestors of the Mixtec followed by a more historical account of Mixtec rulers and family dynasties.

The basic principle in Christian theology is the Trinity, Father, Son, and Holy Ghost, the Three-in-One. In ancient Mexico the underlying cosmological principle was Duality. Ometeotl (>Two God=) dwelt in the highest level of heaven, usually the thirteenth, but there are variations. Ometeotl was himself uncreated or self-created but he engendered Ometecuhtli (‘Lord of Duality’) and conceived Omecihuatl (‘Lady of Duality’). This pair ruled over Omeyocan (‘Place of Duality’), the highest heaven. The Selden Roll, a 16th Native Colonial manuscript from western Oaxaca, begins with a scene depicting 9 Wind,  Quetzalcoatl, seated in the 9th heaven between the supreme Deity of Duality (if this sounds confusing, think Christian Trinity).

In the Selden Roll the male form of the Two, Tonacatecuhtli (‘Lord of Our Sustenance’), equivalent to Ometecuhtli, greets Quetzalcoatl. Thereupon Ometeotl confers symbolic powers upon Quetzalcoatl, whom we recognize by his wind mask as Ehecatl, the wind god. Other symbols of his authority include the feather tufts of eternity, the spiral wind-jewel of life on his neck, and the staff of fertility with a knot of growing vegetation at the back. Symbolic footsteps indicate Quetzalcoatl’s return from heaven.

This preamble in heaven is both mythical and historical, for it refers to the origins of some family dynasty in western Oaxaca. The earthly ruler acquires his divine right to rule through the offices of the Toltec deity, Quetzalcoatl. The Selden Roll then continues with the migration story, which begins in a cave filled with fierce warriors who continue their journey as indicated by a line of footprints. The mythological beginning therefore is an integral part of Mixtec dynastic history.

Codices produced under Spanish Patronage comprise those works commissioned by the church or sponsored by wealthy Spanish patrons. Fray Diego Durán was a Dominican friar born in Spain who came to Mexico as a boy and grew up in the Mexico city area. His major written work, The History of the Indies of New Spain (written around 1581) was based on first-hand experience and is therefore considered a primary source of information on Aztec society. Part of this work is Durán’s Atlas, a pictorial manuscript dramatically illustrating chapters in the major work.

Historical events in the life of the Aztecs, such as their departure from the seven caves, are so vividly portrayed in the Atlas that with only a cursory reading of the written text one can almost reconstruct the story from the pictorial representations alone. Consequently any Aztec scribe or priest could easily have ‘read’ the meaning of the paintings.

Not all the Mexican codices were produced by native scribes, as the above example shows. In comparison with the brutal and bloody conquest of Mexico the Spanish conquest of Michoacan was relatively peaceful. Consequently there were no chroniclers or historians to record the event such as there were for the fall of Aztec civilization. According to historical accounts the Tarascans entered the Michoacan region around A.D 1000 and united the area under their rule by 1250. In pre-Hispanic times the Tarascans and the Aztecs were bitter enemies. However, the Tarascan empire, which was centred around Tzintzuntzan, site of the famous ceremonial platforms (yacatas), proved powerful enough to retain their independence, at least until the arrival of the Spaniards.

The Tarascans, or Purépecha as they call themselves, left no pre-Conquest pictorial or ‘written’ manuscripts in the Tarascan language. However, between1539 and 1541 a Franciscan friar in Michoacan wrote, in Spanish, the Chronicles of Michoacan. He based his work on oral traditions taken down from Tarascan informants.

The Chronicles is our main source of information about pre-conquest Tarascan government, religious beliefs, customs, and methods of warfare. Written in a dramatic vivid style with many direct speeches, the Chronicles also records the history of the Chichimecas, a tribe with which the Tarascans mingled in the 12th century. This manuscript too contains a pictorial section depicting, among other things, the marriage customs and burial ceremonies for the Cazonci, or head ruler of the Tarascans.

Like the Selden Roll (see above) and other Mexican codices the Chronicles begins with a mixture of myth, religion, and history. Like the Homeric gods and goddesses of the Iliad the Tarascan deities were all too human and shamelessly interfered in human affairs. The gods of heaven therefore decreed that the god Curiacaveri was to be king and conquer the whole world.

Back on earth the Tarascan kingdom was at that time divided into four parts, each of which was ruled over by a principle leader appointed by the supreme ruler himself, known as the Cazonci (Ruler, Bringer of Wood to the Temple). The Cazonci received his mandate to rule through the auspices of the god Curiacaveri who was his patron and the ruler under him was therefore the god=s representative on earth. This heavenly sanction thus gave the Cazonci not only legal authority but the Adivine right of kings,@ thereby assuring the continuance of the ruling family dynasty,

Many other codices were produced under Spanish Patronage. Part Two of the Codex Mendoza (1541-1542), for example, played an important role in the decipherment of these codices, for it provides explanatory Spanish translations for many pictographic and ideographic symbols that might otherwise have remained obscure or indecipherable. The Codex Mendoza was commissioned by the Viceroy in Mexico City and hence bears his name.

The pre-Hispanic practice of ‘writing’ or painting codices continued well into the Spanish colonial period and was actually encouraged by the Spanish authorities as an administrative means of handling native affairs. Apparently the myths and legends contained in the Mexican codices did not detract from the historical value of these documents. Mythology is not mere superstition and historiography is not an exact science. They can be complimentary.

Francisco Goitia – A Product Of His Times 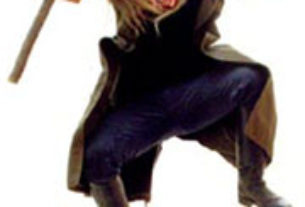 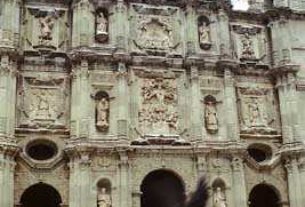 Did you know? A sacred game

Mexico City’s Hipodromo: A day at the horse races