I’ll confess to having some trouble getting into this collection of stories. I found the first two tales so downbeat that I wondered if I could read the rest. I persisted, however, and I’m glad I did. They aren’t the most pleasant stories you’ll ever find and the characters – both Mexican and American – are a rather shoddy lot. But Lida’s writing and his choice of material cast a powerful spell and I had no problem once I settled into the overall mood of the book.

Along the way in these ten stories, all of them set in Mexico, you’ll meet a lady travel writer who decides to write an article on witchcraft in Mexico and visits a male witch in a Gulf Coast town and is subjected to a bigger dose of reality than she ever expected.

We also encounter a CIA agent in Mexico City whose job it is to recruit agents from Iron Curtain countries that also have embassies in Mexico City. As you might expect, he occasionally finds himself being propositioned by recruiters from the other side. This one has a nice wry twist at the end which I found rather amusing.

We also meet a Mexico City taxi driver and his pals who have developed a rather horrifying way of robbing tourists or well-off citizens, even to the extent of taking their ATM cards and not letting them go until they’ve also taken as much money from that source as they can. And if someone dies along the way, then so be it.

Probably the least attractive group of characters in these stories are the gringo tourists who make complete fools of themselves throwing their weight around with waiters and other Mexicans. And Lida doesn’t confine himself to Americans only. One of the most obnoxious people you’ll meet here is an Englishman who hates Mexicans and Mexico in general. In another story, the visitor-you-love-to-hate is Russian.

My least favorite character was the man who persuades a lady friend to go to bed with him in a local hotel. Part way through the encounter he receives a call on his cell phone, which he answers. It turns out that his fiancée is the one who is calling and he chats with her. “Love you, too,” he says as he hangs up. And he can never quite understand why the young lady lying naked in the bed beside him is rather upset.

So this obviously isn’t one of those books that the Mexican Tourist Board would approve of, although the point should be made that, as I mentioned, the non-Mexicans happen to be the most unpleasant of the various characters. David Lida’s Mexico bears absolutely no resemblance to any of those idyllic accounts you’ll read by residents of San Miguel de Allende or the folks who live on the shores of Lake Chapala.

If I have one caveat regarding this book it is in the subtitle – “Stories of Mexico.” In my humble opinion they’re stories that could happen anywhere. And they’re about people who you might find anywhere.

In my humble O: I’ll be interested in David Lida’s future offerings. The book jacket states he’s working on a novel and a memoir. I look forward to reading them. 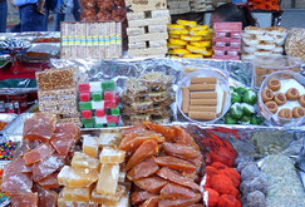