November 12 is “Dia del Cartero” here in Mexico. According to the pre-printed envelope that my mail carrier slipped under my apartment door, I am supposed to show my appreciation for his work by leaving him a tip. The name of my mail carrier (Martin) and the number of his route are stamped on the envelope and there is a place for me to write in my name and address, presumably so Martin can keep track of which customers on his route will continue to receive their mail and which customers won’t.

I’m not one of those people who don’t believe in tipping (or made up holidays, for that matter). I’ve been a waitress and I’ve worked behind a cafe counter and I can definitely appreciate the need to supplement low wages with tips. I’m also aware that the few pesos that I’m asked to cough up in appreciation for a service are just that – a few pesos. I’m just not yet used to all of the odd jobs that seem to warrant a propina here.

In Mexico City, there are people who hang out of the front doors of the public buses, calling out the route and ushering in the passengers. These people get tips. The passengers don’t pay them, but the driver does. I haven’t yet figured out exactly what they’re being tipped for. The bus driver can’t benefit all that much. Even if the bus drivers were paid by the number of passengers and not by the hour or the route, I am not convinced that the person hanging out the door significantly increases the number of fares. If you’re waiting for a bus, you’ll get on the next one going in the right direction whether or not there’s a person hanging out of the front door egging you on.

If I had a car (which I don’t or I wouldn’t be taking taxis and buses), everytime I parked my car on the street with the aid of the people who whistle and slap the trunk to indicate whether to keep backing up or whether to brake, I’d have to tip. In this case, the propina would assure me that my car would be looked after while I was in the store or at the gym or in my apartment. That I wouldn’t return to find the window smashed in or the radio stolen. The tip might also get my windows cleaned, my tires scrubbed, so that when waiting for a stoplight, I’d have no need for the people with the soapy water and the squeegees to do my windows. Those people require a tip too.

On the street where I live, across from Parque Mexico, there are a number of people who assist in car parking. Two of them, right across the street from my apartment are there everyday with their buckets of soapy water. I’ve seen them opening doors for drivers and passengers, helping people to carry their groceries to the door of the building, washing the parked cars while the owners are off taking care of business. A little further down, a mother and her very young son save parking spaces and direct drivers into them. The son, who couldn’t be a day older than five, already has a strong, smooth whistle and knows exactly when to slap the bumper to avoid a crash. He also knows that his whistle and slaps (and adorable face) warrant a few pesos.

Mexicans typically don’t tip their cab drivers, but I always do – a little thank you for not kidnapping me and making me withdraw my life savings from the ATM. I tip in restaurants – the same eighteen to twenty percent that I’d tip in the US, despite the ten percent recommendation of guidebooks. I tip the kids in the grocery store who bag my groceries even though I wonder why they’re not in school in the middle of the day and feel like I am rewarding their truancy. When I treat myself to a manicure or a pedicure, I tip the woman who does my nails. To me, a tip is a way of saying – you provided me with a service, thanks for a job well done, the next time I’m here please don’t spit in my food/put my eggs on the bottom of the bag/ruin my cuticles.

I suppose if I define propina that way, Martin the mail carrier does deserve a little recognition – if only to ensure that my mail continues to arrive dry, unopened, in a relatively timely manner. But wouldn’t he rather get something a little more personal? A shirt? Flowers? A bottle of tequila? Does Hallmark make cards for Dia del Cartero? If not, they should get on it – it’s an untapped market. There are more than 97 million Mexicans who need a way of showing their postmen how much they care every November 12 (Make note on your calender!).

I haven’t lived here long enough, but I’m curious to learn about the other appreciation holidays in Mexico. Do the policemen have their own day? I know the teachers do. What about the bus drivers? The butchers? The maids? If it isn’t already in the works, I propose a day to appreciate foreign freelance writers. Propina, por favor.

Sally Davis Ellwein is a citizen of the U.S., living and writing in Mexico City, Mexico.

Aztec Hamlet: the tragedy of Moctezuma 2 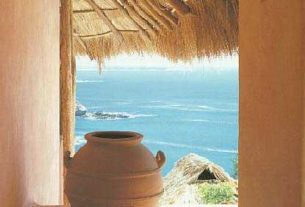 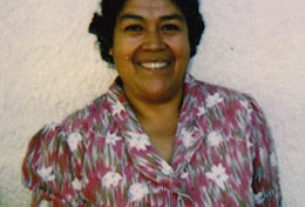