The pre-Hispanic history of Mexico is contained in the numerous pictorial codices or painted hieroglyphic books produced by the Aztecs, the Maya, the Mixtecs, and others. Unfortunately, very few pre-Conquest codices survived the Spanish Conquest and the destruction of the Aztec capital of Tenochtitlán in 1521. Of course we have the early writings of the Spanish Conquistadors themselves and innumerable published works about the Aztecs and other indigenous peoples of ancient Mexico. But we seldom hear the authentic voice of the people themselves. What did they think of their own history and how did they express it? We should then ask ourselves how do we really know what we know about the history of early Mexico? Or think we do?

We shall never know the whole story. However, we do have hundreds of pictorial and written manuscripts from the early post-Conquest period onwards. Because most of these native historical records were painted or written after the arrival of the Spaniards, there is always the possibility of external interference or foreign influence in the native accounts of their own history. The Spaniards did their best to destroy an entire civilization but did not succeed entirely. Through careful classification and comparison of all the available sources, we can at least begin to piece together something of the pre-Hispanic Aztec view of history. The more familiar name “Aztec” will be used throughout, although the people referred to themselves as the “Mexica.”

The Aztecs had a very clear conception of their past history, their rise to power, and their future destiny. Unfortunately for that vision, Aztec civilization was abruptly cut off at the height of its fluorescence. Consequently, we are left with many gaps in our knowledge. The picture is further complicated by the overlapping of surviving documentary evidence. Some manuscripts are completely pictorial, others are mixed textual and pictorial, and still others are written from the outset. Only two Aztec codices predate the Spanish Conquest and even these may be debatable. But since the Tonalamatl Aubin (“Book of Days”) and the Codex Borbonicus are mainly ritual-calendrical manuscripts, they are less relevant for Aztec history.

The codices, or painted hieroglyphic books, were an essential means of communication for the Aztecs. These included religious books or lifestyle guides, historical books, and practical documents involving land claims and the like. Here we are interested mainly in the historical books, although the other categories are also relevant to the study of Mesoamerican history. Religion was such an integral part of the Aztec way of life that it cannot be considered entirely apart from the Aztec concept of history.

Unable to understand or interpret the historical codices, the Spaniards destroyed all but a few of the pre-Conquest manuscripts in an attempt to wipe out what they regarded as idolatry. However after the Conquest, the Spaniards had a vested interest in maintaining and even encouraging the native manuscript pictorial tradition as a way of obtaining information about Aztec customs and beliefs. With some notable exceptions, secular and religious Spanish chroniclers and historians were not primarily interested in preserving Aztec traditions but rather with providing information to help the Spanish authorities control subject peoples. The native tradition of pictorial manuscripts proved invaluable in helping to bridge the communications gap between the conquerors and the vanquished. Consequently, we have many pictorial manuscripts and illustrated written texts that were copied or produced under Spanish patronage. The material is extensive and detailed analysis of individual codices is beyond the scope of this article. However, we shall look at a few pictorial and written documents dealing mainly with the Mexica-Aztec migration from Aztlán to the founding of Mexico-Tenochtitlán.

Fray Diego Durán (ca.1537-1588) came to New Spain as a child and grew up in what is now Mexico City. Although a Dominican friar who wrote in Spanish, Durán probably spoke Nahuatl as well and is generally considered a primary source of early Mexican history. His major work Historia de las Indias de Nueva Espana comprises the Book of the Gods and Rites, The Ancient Calendar, and the Historia proper. Here we may see the value of the hieroglyphic codices for the reconstruction of pre-Hispanic history. The religious and calendrical works were based on codices similar to the Tonalamatl Aubin and the Codex Borbonicus mentioned above. The Historia, however, was based on a somewhat mysterious anonymous Nahuatl text, which, in turn, was probably based on pre-existing codices. For example, chapter two of the Historia is simply a description in Spanish of a native pictorial manuscript which illustrates the departure of the seven tribes from the seven caves. It is possible that the seven caves, which are frequently referred to in other codices as well, symbolize the ancestral houses or dynastic family origins of each tribe or extended family.

Written works were often based on pre-existing pictorial manuscripts. In 1856, J. T. Ramírez discovered an anonymous manuscript of the 16th century by the Jesuit Juan de Tovar. The Codex Ramirez, as it is generally known, is an important secondary source of early Mexican history. The subject matter is depicted in the illustrations, rather crude linear sketches without colour. It contains events of Mexican history, accounts of gods, ceremonies, customs, and a calendar wheel with day signs taken from Durán’s Tratado 3. Another work, the Historia de la Benida, is also attributed to Tovar. Both Codex Ramirez and Durán’s Historia depend to a large extent on the same or a similar series of paintings that covers practically the entire history of the Aztecs. Illustrated events in the Codex Ramirez include: 1) the seven caves, starting point of the Aztec migration; 2) Arrival at Coatepec in the Cerro of Tula, described as a place with many fish and much game; 3) arrival at the Cerro de Chapultepec (“Grasshopper Hill”); 4) the lagoon of Mexico and the founding of Mexico-Tenochtitlán.

It is clear from the pictorial manuscripts and the written interpretations that the three most important events in Aztec history were their first contact with the peoples around the Valley of Mexico, their first strong foothold at Chapultepec, and the founding of their capital city.

Mesoamerican scholars refer to the common pictorial source of Durán’s Historia and the Codex Ramirez as “Chronicle X,” although the exact relationship between the written documents and the pictorial manuscript or manuscripts is still somewhat debatable. One painting in this series depicts the decisive battle of Azcapotzalco, capital city of the Tepanecs. This was a very early site on Lake Texcoco, which had earlier associations with the Toltecs and was probably a colony of Teotihuacán. The Tepanecs were one of the nomadic bands who came from the same general location as the Aztecs. In A.D. 1428, the Aztecs (Mexicas) and their allies destroyed this once flourishing city. The pictorial manuscript shows the scene of the battle, with representations of warriors of the Jaguar Order and various chiefs adorned with quetzal feathers. The women of Azcapotzalco are shown behind the temple begging for mercy. One is apparently ready to fight. Thus through a combination of pictorial representations and written texts from 16th century Mexico, we have a very vivid picture of a slice of early Mexican history.

The purely native Colonial pictorial manuscript tradition continued well into the Colonial period and beyond. From the Valley of Mexico we have numerous pictorial manuscripts depicting, among other things, the Aztec-Mexica migration epic. For example, Codex Azcatitlan, Codex Aubin (Ms. de 1576), and Codex Boturini all treat the same theme by means of pictorial narrative in the form of painted images and glyphic signs. The Codex Boturini, to which we referred in a previous article, is an important source of information for the years from A.D. 1168 to 1355. Here we shall look briefly at the other two codices.

Codex Azcatitlan is a post-conquest pictorial narrative of uncertain date. This historical account of the origin and the migration of the Aztecs contains a genealogy of their rulers and a brief account of Conquest and post-Conquest events with the usual painted images and glyphic signs. This is an annual history covering the two hundred year migration journey of the Aztecs, led by their god Huitzilopochtli, from Aztlán in the year One Flint (1168), to the omen of the eagle on the cactus and the eventual founding of their capital city.

Codex Aubin is a historical and calendrical manuscript from Mexico City (around 1576 – 1596). The pictorial and written manuscripts cover the following periods: 1168-1591, 1595-1596, and 1597-1608. Themes include the departure from Aztlán, the dynastic history of Tenochtitlán and various colonial events. As in Codex Boturini, one of the main events is that of the Broken Tree, a divine sign that the Aztecs should break off from the other migrants from Aztlán. Other common themes are the tyranny of the kings of Culhuacán and the omen of the eagle on the cactus.

A fourth category of mixed Colonial pictorial and written manuscripts includes such invaluable historical sources as the MS de 1528 comprising two related codices, the Codice de Tlatelolco and the Anales de Tlatelolco. The annals provide a full chronological record of Tlatelolco from the most remote times, including the departure from Aztlan down to the years immediately following the Spanish Conquest. Themes include the history of Tlatelolco following the separation from Tenochtitlán, songs celebrating military victories, and an Aztec account of the Conquest. The pictorial part of the codex, which was produced in Mexico City around 1565, covers the years 1554 to 1562 inclusive. Drawings of colonial events and personages are given in no particular chronological order.

The Aztecs had a concept of history that included both a clear grasp of chronological timelines and a kind of visual memory that did not depend upon the written word. These early pictorial and written manuscripts not only allow us to penetrate to some extent into the mind set of the ancient Aztecs but also shed light on the cultural milieu that is modern Mexico. 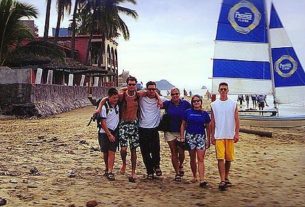