As the time for the ripest summer fruit draws to a close, now is the time to capture the season’s ephemeral flavor in a jar. Actually, several jars, because the mountains of fruit piled up in Mexico’s markets now are too appealing to resist.

In Central Mexico, the incredibly flavorful little peaches called oro de Tlaxcala, or Tlaxcala gold, are a revelation, especially when compared with the cosmetically gorgeous but nearly tasteless imported peaches. And the sweet, juicy blueberries from Zacatlan, the pears, plums and apricots from the Sierra Norte, all beg to be preserved and enjoyed during the upcoming cooler months.

In the coastal parts of the country, tropical varieties of fruit also take well to being incorporated into marmalades and preserves. Pineapple, tamarind, mango, papaya, and even coconut, are tastes that evoke sunny shores and brighten up the nippiest fall and winter days.

In drier regions, where different varieties of prickly pear cactus flourish, the xoconostle, a tart cactus fruit, is used to make mermelada de xoconostle, or prickly pear jam. The fruit is more sour than tuna, another kind of prickly pear fruit, and is often used in Hidalgo’s version of mole de olla, a beef and vegetable stew. But, like other tart fruits, it makes a delicious jam and a complement to meat dishes.

Beautiful, sun ripened tomatoes, and the less attractive but tartly flavorful tomatillos, also make appetizing jams, at once sweet and savory, perfect on crusty bolillos with meals or as a snack. Chiles, too, especially jalapeños and their smoked cousins, chipotles, are great in combination with fruit. The sweet, raisin-like taste of ancho chiles also works well with fruit.

All of these, especially the fruit and chile combinations, make excellent glazes for meat or poultry. Serve them with a variety of cheeses, or even with a schmear of cream cheese on a bagel. (Bagels are found all over Mexico now, from Mexico City to the coasts, and places in between.)

Brush chicken breasts with any fruit and chile jam and pop them in the oven for a dead simple, no-brainer baked chicken entrée whose flavor belies the minimal effort that went into it. The same goes for pork chops, salmon, and winter squash.

Technically, jam is a rustic preserve, a cohesive mixture of fruit and sugar, whereas marmalade has pieces of fruit suspended in jelly. In Spanish, one word mermelada — is used for both, which is much easier than explaining the difference.

Semantics aside, feel free to add them to marinades, sauces and dressings. Spike sandwich spreads, such as mayonnaise, with them and use this combo on ham, smoked turkey or cheese sandwiches, or on hamburgers. Mexico has wonderful smoked turkey, and this spread is good with the leftovers, either on a sandwich or in a dressing for smoked turkey salad.

Any of these jams, jellies or marmalades, even those with chile, can be used wherever a sweet topping is called for. Try them on ice cream, pancakes, pound cake or cheese cake.

Always follow manufacturer’s directions when using canning equipment. Unprocessed jams and jellies will usually keep in the refrigerator for up to six months, but always discard any that show signs of mold. Always leave at least ¼ inch headroom when ladling jams and jellies into jars.

Add a Mexican flavor to any meal, from breakfast toast to main dishes and desserts. Create your own combinations of different fruits, or fruit with chile. Have fun and surprise yourself. 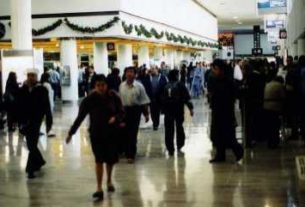 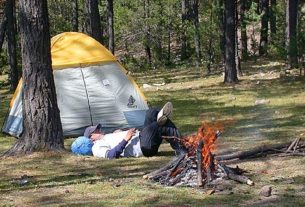