Some years ago, my parents and I lived at Ana Capri between Tuxcueca and Mismaloya on the south shore of Lake Chapala. Ana Capri was built as a motel but never saw any business because of its difficult location, so we rented it from the owners.

There I met Salvador Cardenas, the gardener and caretaker, and his family. Salvador was not a professional curandero, but he knew a great deal about herbs and herbal remedies. We gathered some forty herbs in the mountains just behind Ana Capri. I still have the dried specimens. This sparked my interest in traditional or alternative medicine and, in 1996, I attended the Fiesta de las Plantas Medicinales held that year in San Martin de los Piramides not far from the famous archaeological site of Teotihuacan with its pyramids of the Sun and the Moon.

We arrived in the early morning (September, Friday 13!) and a large group of participants in the Fiesta went to the archaeological site. At first, we were refused admittance. Our leaders finally convinced the guards we were not ordinary tourists and they let us in. In Mesoamerican religion, Teotihuacan is considered the most powerful sacred place in Mexico and so a visit there was deemed essential before the start of the Fiesta.

As we proceeded we picked up tourists on the way and I found myself delivering an impromptu lecture on the site. My friend Katuza, the temascalero from Ajijic, translated for the Spanish-speaking visitors.

We began pitching our tents in an open field near the village, but it rained so hard we had to give up. The Huichols in our party thought it was a great joke. Hundreds of us ended up sleeping on the cement floor of a large warehouse. Sleeping bags, blankets, bodies everywhere, but somehow there was order and meaning in the midst of apparent confusion.

The rain eased off the next day and we were able to pitch our tents. I shared a large pup tent with the Huichol marákame (shaman) Daniel, who was also a guest of honour at the Fiesta, his twelve year old daughter, Rosita, and Katuza. When I went to bed, the shaman was fast asleep, sitting bolt upright. Perhaps he was in some transcendental state or other. Anyway he remained that way until morning.

The demonstrations and curaciones (free traditional medical treatments) were scheduled to be held in a large auditorium, but the Huichols and the various curanderos set up shop wherever they found potential patients. The Huichol shamans attracted much attention.

Marákame Daniel began business almost immediately as people passed by our tent and saw him in all his colourful finery. One well-dressed sophisticated lady asked me if I thought the shamans could cure her sore leg by magic. The doctors had given up on her. I was not a PR man for the Huichol, but I had seen and experienced some strange things in Mexico and was not prepared to gainsay the shamans. I told her the only way to find out was to try the treatment. The shamans went through a modified form of the curing ceremony with the magic prayer arrows. I never found out what happened to the woman.

The idea of curing through “magical” means is not as preposterous as it sounds. The interactive relationship between mind and body in the treatment of certain illnesses is well established. Psychosomatic illness is real and can lead to serious physical illnesses.

In a traditional society like the Huichol, disease means the separation of the mind or “spirit” from body or physical aspect resulting in lack of ease (dis-ease). The purpose of the shaman is to restore equilibrium to the patient by easing his or her mind and bringing it back into synchronization with the body or physical being. When the shaman wafts his sacred arrows over the patient, he is helping the patient restore the balance between mind and body. If the patient believes sincerely enough in the procedure, it can produce a positive attitude which aids in the healing process. Of course not all illnesses can be dealt with in this way. But then modern medical science still cannot cure many serious illnesses even with the best of equipment and technique. When it comes to traditional or alternative medicine and unorthodox forms of treatment in Mexico, I try to keep an open mind.

On the final day of the Fiesta, we were scheduled to hold the closing ceremony in the main tianguis (street market) square of the town. It is against the law to hold public events inside the site of Teotihuacan without special government permission, and the organizers did not have government permit or authorization from local officials to hold the final event inside the archaeological zone. However, it was decided that, since Teotihuacan was a religious shrine for all of Mesoamerica, it was only proper that the final ceremony be held there.

We assembled at the tianguis, and several hundred of us marched through town towards Teotihuacan led by the Aztec dancers, dancing all the way, ostrich plume headdresses waving, shell anklets jangling, all to the accompaniment of the haunting air and incessant beat of the ancient flute and tambour.

We reached the gates to the entrance and were confronted by the guards on duty. But as we approached the guards gave way, opened the gates, and let us pass without a word. There was a feeling of great spiritual power in the air that day.

The closing ceremony was held in one of the ancient dance plazas with the pyramid of the Sun in the background. The chief guest of honour, the marákame Daniel, and Katuza, stood in the concentric circle of dancers. Katuza wore the long blue shirt of the Oglala Sioux Sun Dancers, while Daniel wore a plain white Huichol style outfit. As part of the general 500th anniversary celebration of native survival in the Americas, we had many native participants in attendance, from Eskimos to South American Indians.

Rituals were performed in the center of the circle, and then the dancing began. I stood on the sidelines until I was pulled into the circle by some of my friends. I didn’t know the dance steps but the throbbing beat of the huehuetl, the ceremonial Aztec drum, produced a hypnotic effect and before I knew it I was dancing with the rest. After a while, we were unconscious of the time or space. Afterwards, we were told we had been dancing in the blazing hot noonday sun for many hours.

The dancing stopped and we saw that hundreds of spectators had gathered on the stone steps overlooking the dance square. Whether they were part of the Fiesta or simply tourists who had wandered on to the scene, I do not know, but long lines formed aligned to the four directions as many people came forward to receive a blessing of copal incense and a bunch of ceremonial sage from the shaman-priests.

Then we formed a long line led by the Aztec dancers as we headed for the exit gates. The marákame Daniel disappeared for a few moments then reappeared from behind a mound. When asked where he had been he said he had been to the moon. It is believed that shamans can leave the body at will and travel to the spirit world. Anyway, Daniel’s story was accepted at face value as he rejoined the procession and we left the grounds.

Different religions have different accounts to explain why we are here and what life is all about.

The Huichol marákame or shaman combines the roles of priest, healer, and tradition-bearer. Shamans often come from a long line of family shamans and learn the chants, rituals, and the religious and philosophical traditions from the elders. As a priest and healer, the shaman practices the art of healing mainly through magical means, although the Huichols have knowledge of herbs and herbal remedies. As a guardian of the “costumbres” (customs or traditions), the shaman presides over the many rituals and ceremonies in which he chants or sings the long narrative songs containing the traditional history and religious concepts of the Huichol people. Traditionally, the full-fledged shaman must have completed at least five consecutive pilgrimages to Wirikuta in search of the Dios Hikuri.

From what I have observed during my years in Mexico, I regard shamanism as simply another form of religion. The Huichol have preserved more of their pre-Hispanic world outlook than most other indigenous peoples in the Americas, and some of their beliefs and practices may seem odd to outsiders but are no more strange than many of the ideas of the missionaries who try to convert them.

Part 4 of a seven part series 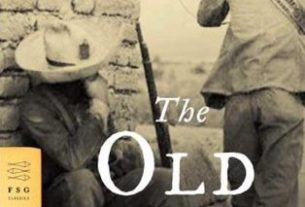 Traditional Mexican cooking school in Tlaxcala: An interview with recipes