The milpa, or cornfield, is probably the most important element in the life of the rural Mexican farmer, apart from his family, or maybe alongside his family, because the milpa represents generations of his people working the soil. Even in places where agricultural production has been industrialized to the point of overshadowing any importance a milpa might have had before, the campesino continues to work his plot of land, however small, following the cycle of tilling, sowing and harvesting that his forefathers did.

In more than twenty years living in Mexico, I have seen many a cornfield, but in only a few instances have I been able to follow the life of a milpa through its most important stages, being tended in the most traditional ways. An old farmer in Oaxaca, who had been working his family’s land all his life, spoke about “the life of the milpa and the end of its life” as though it were an entity unto itself, dying and being reborn again each year, rather than just a field of crops.

It was in Oaxaca (see map), in the sprawling Etla Valley, that my husband and I watched, with friends who lived next door to the field, as a yunta, or team of oxen, prepared the milpa. Watching the animals as they pulled the plow to create furrows for the seeds, we were impressed by their coordination as they turned together to make their way down the next row that would be sown. Later in the season, we would be amazed by their delicacy as they carefully navigated the way between rows of corn to clear weeds so that beans and squash could be planted.

The corn kernels that are sown have usually been selected from the previous year’s crop and carefully stored. Since corn was first domesticated from teosinte grass 10,000 years ago, Mexican farmers have been selecting the kernels with the most desirable traits, so that the corn we know today bears very little resemblance to the scraggly plant of its previous incarnations. When discussing planting dates, they will often refer to the religious calendar. In the Etla Valley, it is said that corn should be planted by the Día de Santa Isabel in early July. Getting it in sooner is ideal, but the rainy season can be quirky and no one knows this better than the farmers.

Once the corn has started to come up, the beans and squash can be sown, and the ancient triumvirate of Mexican sustenance vegetables will share another season in the life cycle of the milpa. Perhaps the most beautiful milpa I have ever seen was in the rural Mixe region of Oaxaca, where red runner beans and squash vines wound their way up along the cornstalks, and the chepil and chepiche herbs that flavor the sopa de guías — squash vine soup — grew among the foods they complement so well.

Unlike the beans and squash, which are harvested fresh, most of the corn is allowed to dry on the stalk. While fresh corn is eaten in a number of dishes, as well as being sold on the cob as a street snack, most corn is used for masa, the dough for tortillas, tamales, and countless other corn dough-based foods.

After being picked, the dried corn is stored until it is time to make masa, then soaked in cal (builder’s lime) and the outer husks of the kernels rubbed off. This soaking process, called nixtamalization, softens the dried corn and makes the nutrients it contains more easily absorbed.

By the time the last stalks of dried corn have been picked, it is time for the Day of the Dead, and in much of Mexico, especially in the countryside, this means tamales. We were again in Oaxaca when the last of the season’s corn was being used to make tamales for the Day of the Dead altars. Sharing these tamales with us, the women who made them explained that the corn used in the dough, and the leaves used to wrap the tamales, were the last of the year’s harvest. They called these tamales de hoja de milpa, literally “tamales made with leaves from the field.” Sitting at a long table in a room dominated by the family altar, it occurred to me that the life cycle of the milpa itself was being honored, along with the generations of forbearers being remembered at this time of year. 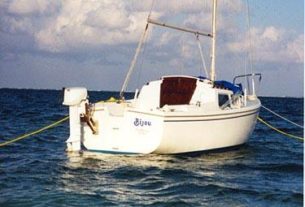 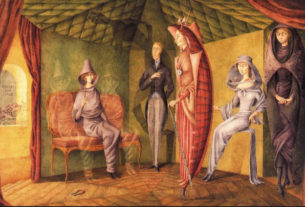 Leonora Carrington in Mexico City: perspective of a person, place, and time