Artichoke season has arrived in Central Mexico, the time of year known locally as the temporada de calor, or hot season. By the standards of most other places, it really would not be called “hot,” but at 7000 or so feet, it doesn’t usually get much hotter.

And the arrival of this Spring weather means artichoke season, when our friend Tim, a French-trained chef and a professor at a Puebla university, makes the eagerly anticipated drive to what we call the “artichoke farm,” where the odd-looking thistles are waiting to be picked. Many times, Tim has invited us along on this culinary expedition, bumping along on the road between Cholula and San Nicholas de los Ranchos, raising clouds of dust as the truck speeds along toward the gastronomic riches that are artichokes. (This is also the temporada de polvo, or dusty season.)

The people who grow these vegetables don’t exactly come running out to sell them, and it takes a few beeps of the horn, knocks on the door, and shouts of “¡Buenas tardes!”, not to mention the barking of the dog, to coax them out of the house. Possibly they’d like to hold on to their edible treasures a bit longer, or maybe they were just napping, but eventually they notice the visitors, and now is when we have to stop Tim from buying the entire crop.

He has brought along a huge bag, really a sugar sack, one of those that holds 50 pounds of sugar, and seems determined to fill it. I know that this means a marathon artichoke-cleaning session, and I prepare to say adios to my manicure.

Artichokes do require a bit of prepping, especially when bought right from the farm as they are being picked. The ones in the stores look considerably better, and don’t require quite as much prep. I watch the farmer grab each thistle by the stem, whack at it with a machete, and toss it into the sack.

While we bump along back to Cholula, let’s take a look at some of the background on artichokes. Called alcachofa in Spanish, they were brought to New Spain in the 1800s, and did particularly well in California, where today they are the official state vegetable. Originating in the Mediterranean region of North Africa and Sicily, they were popularized in Spain by the Moors, growing them in the Granada area. The Spanish name alcachofa is most likely derived from the Arabic al-qarshuf.

In other parts of Europe, artichokes traveled from Sicily north to Florence in the 1400s, and arrived in England shortly after. Not surprisingly, Henry VIII, known for his large appetites, devoured great quantities of them. During the 15th and 16th centuries, consuming artichokes was forbidden to women, reserved for men because they were thought to increase sexual prowess. Catherine di Medici, who along with her personal retinue enjoyed eating artichokes, scoffed at this silliness and brought the artichoke from Italy to France, where she became the bride of a different Henry, King Henry II.

Known botanically as Cynara scolemus, and unrelated to the Jersusalem artichoke or to the sunchoke, the artichoke is a perennial thistle that can grow up to six feet tall. The part we eat is the unopened bud, and if left to bloom, a large, attractive purple flower unfolds . The part known as the “choke” is the inedible mass of immature florets. If allowed to open, the artichoke flower is made into a tea in Mexico, where it is called te de alcachofa, said to boost metabolism, promote weight loss, and cleanse the kidneys.

Once back at Tim’s house, the fun begins. Cleaning a few artichokes requires a certain amount of knife work, but we’re looking at around 75 of them, and set up an assembly line. But whether you are preparing a couple or a couple of dozen, the technique is about the same.

After giving the artichokes a thorough rinsing, prepare a bowl of acidulated water, squeezing some lemon juice into water in a non-reactive container. Artichokes oxidize rapidly, and the lemon water will keep them from discoloring.

Using your fingers, pull off the tough outer leaves, which are mostly near the stem end. With a stainless steel knife, cut the stem end and score it, which will make cooking faster, as the artichoke absorbs more of the cooking water. If the stem is not woody, leave some on, because a tender stem is almost as good as the heart. Rub the stem end with lemon.

Next, cut off the top inch of the artichoke, again rubbing with lemon as soon as it is cut. Using a pair of kitchen shears, cut off about a quarter of each leaf, thereby removing the pointed end and squaring it off. Drop the artichoke into the lemon water and repeat this process with the however many you are preparing (fewer than 75, if you’re lucky).

Next, steam them, stem end up, in a steamer placed in a large pot or Dutch oven filled to a depth of one or two inches of water. If the water comes above the steamer holes, pour some out. Cover and steam for 20 minutes. Check for doneness by pulling on a lower leaf. If it comes off easily, the artichokes are done. If not, cover again and steam for another 10-15 minutes. Steaming time will largely depend on the size of the artichokes. Adding aromatics, such as a bay leaf, clove of garlic and slice of lemon, to the water adds flavor.

Once tender, remove the artichokes from the pot and place on paper towels with the stem ends up, to drain thoroughly. Allow them to cool. If they are to be stuffed, spread the leaves gently and scoop out the choke. An ordinary teaspoon is fine for this. If not being stuffed, the artichokes can be served as is, along with a dipping sauce or two.

When buying artichokes, look for those with tightly closed leaves, since these will be more tender than those that have begun to open. Look for a bright green stem; a dark brown or black stem end is a sign of an older artichoke. Choose artichokes that are firm and heavy for their size. Pressing the leaves together should produce a squeaking sound.

Once home, store artichokes loose, rather than in plastic or paper bags, in the vegetable drawer of the refrigerator. Being enclosed in bags will increase moisture and cause them to rot. Artichokes should be cooked as soon as possible after purchase. Those with tight leaves can be stored up to a week, but if the leaves start opening before that, it is time to cook them. Cooked artichokes will keep up to four days in the refrigerator. Do not freeze raw artichokes. Cooked ones can be frozen up to six months if tightly wrapped and placed in freezer bags.

Nutritionally, artichokes are low in calories and fat, with just 60 calories in a medium size artichoke. They are high in antioxidants, and just one provides 28% of the recommended daily fiber requirement. They are rich in B-complex vitamins and potassium, as well as several trace minerals. The compound cynarin, abundant in artichokes, inhibits cholesterol synthesis and helps reduce the total cholesterol level.

Artichoke leaves are natural “dippers,” and instead of offsetting their considerable health benefits with mayonnaise-based dips, serve them with guacamole or a bean dip. They are especially good with white bean dip, made with the white beans called alubias chicas in Mexico.

Artichokes are also naturals for stuffing, and are good with a filling of Mexican chorizo and rice, for either a lunch or light supper main course. The hearts take well to an oil and vinegar marinade, and are nice with chicken on tostadas. They can also be tossed in with salads and rice dishes, or used on pizzas or in frittatas. The hearts are available both canned and frozen, and marinated in jars.

Whether or not you live near an artichoke farm, pick up some of these harbingers of spring, and enjoy the following tasty recipes, suitable for consumption by both sexes. You’re welcome, ladies. 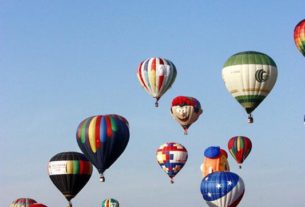