It is generally assumed that the idea of other universes is the unique product of “post-modern” thinking based on the Theory of Relativity and quantum mechanics. But the ancient Aztecs and Maya probably got there first.

In Part One, we looked at the concept of previous Ages or Worlds in various civilizations around the globe, including that of the Aztecs and the Maya of ancient Mexico. In ancient Greece, the Five Ages of the human race began with a Golden Age but degenerated to an Iron Age characterized by Strife and Envy. Other early cosmologies or accounts of the birth and development of the universe, such as the gloomy picture of the Doom of the Gods in Norse mythology, represent early attempts to account for the universe as we know it and to come to terms with our position in the natural or divine scheme of things. The Aztec account of the Five Suns or Ages, graphically depicted on the Aztec Calendar or Sun Stone, is one of the more elaborate of these early attempts to formulate a coherent cosmology. Among the variant accounts is the Quiche Maya concept of the Ages or previous Creations of the world as laid out in the famous Popol Vuh.

Mesoamerican cosmology with its numerous creation deities and successive Suns or Ages preceding our own universe seems somewhat bizarre, until one takes a look at some of the theories of present day cosmologists and physicists. The Maya and the Aztecs may have lacked the necessary technical equipment and expertise to develop these concepts or verify the validity of their insights. But some of their speculations were worthy of today’s scientists.

One of the purposes in studying ancient civilizations, such as the Aztec and the Maya, is to delve into the state of consciousness of the people, insofar as the available evidence permits. This, in turn, can sometimes help to explain why we think and act as we do today. It is interesting therefore to compare the insights of the Aztec and Maya scribes, priests, and wise men responsible for the Aztec Calendar Stone and the Popol Vuh with the “Many Worlds Interpretation” of quantum mechanics.

Famed physicist Richard Feynman (1918-1988) summed up the basic idea in quantum mechanics by referring to the Double Slit Experiment in which elementary particles, such as electrons, protons, neutrons, atoms, and molecules (material objects), behave like waves (non-material elements), provided they are not observed. But as soon as you try to observe what is going on, the waves collapse into particles. It seems that either the particles “know” they are being watched, or the observer in some sense creates “reality” simply by the act of observing, or perhaps both. The Uncertainty Principle of quantum mechanics strongly suggests that the material world somehow arises out of the immaterial world. Apparently the wave pattern builds up when you are not watching which hole the particle is going through but, when you watch to see which hole it goes through, the wave pattern collapses. Therefore, while the beam of light is apparently both a wave and particle, there is no way to observe both the particle and wave buildup at the same time. Nor can you tell the location or the velocity of the particle at the same time.

This is a gross over-simplification of quantum mechanics. However, among the bizarre results of the Double Slit experiment is the discovery that the same particle can actually be in two places at the same time, a concept not unfamiliar to traditional shamans. Religion in ancient Mexico took many different forms, but a strong underlying basis of shamanism may be assumed at all periods from the Olmec – a major source of religious ideas in later Classic religions, such as the Aztec and the Maya – down to the Spanish invasion in the 16th century and on. Shamanism is one of the oldest forms of spiritualism. The Maya personified nature and worshiped time while at the same time recognizing a remote god, Hunab Ku (“The one True Living God”). But while the Classic Maya developed a highly sophisticated complex religious system, they were basically animistic in their beliefs. Gods or spirits were seen in everything. One characteristic feature of shamanism is the “out-of-body” experience, in which the shaman leaves his or her physical body in the material world while the spiritual body travels to the spirit world in search of transcendental knowledge to bring back to the people. A shaman would have little difficulty in accepting the idea that one can be in two places at the same time.

It is generally assumed that the idea of other universes is the unique product of “post-modern” thinking based on the Theory of Relativity and quantum mechanics. But the ancient Aztecs and Maya probably got there first, albeit for different reasons. Modern cosmologists predict several possible outcomes for our universe, for if it does not continue indefinitely (by some miracle or other) it will either expand into an everlasting ice age or contract into a blazing fireball. In the Aztec account of the Five Suns depicted on the Aztec Calendar Stone, the first four Suns or Worlds were destroyed. The Fifth Sun, Nahui Ollin (Four Movement), presided over by the god Tonatiuh (the Sun) ended by earthquake but was recreated by the gods, who sacrificed themselves for the benefit of human beings. In order to create the sun and the moon, the syphilitic god Nanahuatzin threw himself into the fire at Teotihuacán (the Place Where the Gods are Born). It was only fair, therefore, that human beings should be willing to make sacrifices to the gods in turn. In Aztec thought, the human sacrifice so abhorred by the equally bloody Spaniards provided human blood to nurture the sun and so ensure the continuation of the universe. If those cosmologists who envisage the gloomy scenario in which our universe is consumed in a final conflagration are right, then the Aztecs were close to the truth (see for example Hyperspace by Micho Kaku, New York, 1994, page 299).

We tend to regard the Aztec account of creation and different worlds as mere mythology and superstition. However, science, in particular quantum mechanics, is really nothing but our new mythology and our new high priests are the particle physicists who fire subatomic particles through highly expensive tubes, hoping to come close to reduplicating the theoretical Big Bang of the origin of the universe. Having spent some two billion dollars on the large Hadron Collider, a particle accelerator under the French-Swiss border, particle physicists hope to recreate conditions immediately after the Big Bang by smashing particles together at super-fast speeds (let’s hope they don’t succeed in creating a second Big Bang and so annihilate us all). One main aim is to discover the elusive Higgs Boson, the so-called “God Particle, ” which will, presumably, unfold the secrets of the universe and allow us to know the “mind of God” as some hyper-enthusiastic scientists aver. The Aztecs had other names for it, such as Ometéotl (the Deity of Duality).

The “Many Worlds Interpretation” is an attempt to explain the bizarre behaviour of particles at the sub-atomic level. Some physicists indeed are taking seriously the idea of Multiple Universes, or Multiverses as some prefer. For some, like Stephen Hawkings, this is simply a way of talking about the unpredictable outcome of a quantum measurement. If the human observer can see only one operation at a time while another is known to be going on, then the latter is said to be taking place in another universe. In the realist view, the multiple universes actually exist, probably in infinite numbers, although we cannot contact them or even be aware of them. The Royal Astronomer Martin Rees prefers this idea as an alternative to the anthropic argument that the “universe appears to be carefully designed for the well-being of mankind.” This conveniently does away with the idea of God or Intelligent Design. Our universe therefore becomes simply one of a subset of universes that just happens to have all the right ingredients for life as we know it. The most extreme view holds that all logically possible worlds actually exist, somewhere.

In Aztec and Maya cosmology, the Ages or Worlds are in consecutive order. We are living in the Fifth Sun, the same sun that shone down upon the Aztecs in the 16th century when the Spaniards arrived. Modern physicists, on the other hand, imagine an infinity of universes all existing at the same time. According to the multiple universe interpretation, this gets rid of all the contradictions arising out of the observations of the Double Slit Experiment of quantum mechanics on the grounds that somewhere there is a universe in which anything is possible, provided it is logically viable within that particular universe. Thus there might be any number of duplicates of Ronald A. Barnett in other universes in whatever situation or condition that could be imagined. Now, in Mesoamerican cosmology, there were thirteen heavens above the earth, each with its own deity, and nine levels below the earth. An Aztec or Maya priest or astronomer therefore would probably have had little difficulty understanding the idea of multiple universes.

We like to think we are so much cleverer than previous generations because we have had the benefit of centuries of western science and technology. Although the ancient Aztecs and Maya lacked our telescopes and the technical means to make minute measurements, they nevertheless anticipated some of our “advanced” ideas through speculation alone. Maybe we aren’t so smart after all. 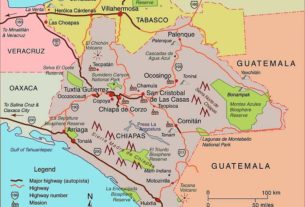 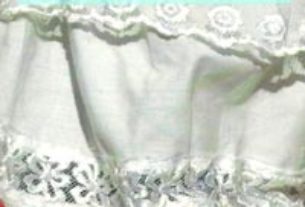