The combination of meat and squash is typically West African, combined here with tomatoes, an indigenous Mexican ingredient, and spices introduced by the Spaniards.

The original recipe, as presented by Raquel Torres and Dora Elena Carriaga in Recetario Afromestizo de Veracruz leaves out the tomatoes and spices, but nowadays most jarocha cooks use them.

In a Dutch oven or large pot, heat the vegetable oil, add the short ribs and brown on all sides. Remove the short ribs from the pot and pour off all but 1 tablespoon fat.

Add the tomatoes and onion and cook until the tomatoes have rendered their juice and the onion is soft. Add the garlic, cook a couple more minutes; add the salt, pepper and spices and stir to combine.

Return the short ribs to the pot, add beef broth to cover, bring to a boil, cover the pot and lower the flame. Cook until the ribs are tender. (Here in Mexico, many cooks would use a pressure cooker, which cuts down considerably on time and fuel.)

While the meat is cooking, peel the squash, discard the stringy pulp, and cut into 2-inch cubes. Add to the pot with the short ribs and continue cooking until the squash is tender. Serves 4.

Link to Source Article
Immigrant Cooking in Mexico: The Afromestizos of Veracruz 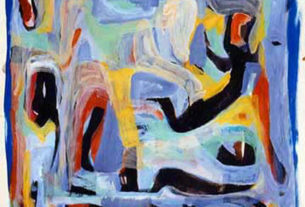