The mean streets of Tijuana have at last dispatched something other than media reports of killings, kidnappings and cartels. The bloody, dusty, bullet-ridden streets of Tijuana have wached Cejas emigrate, even without proper papers. You may be wondering, Who is this Cejas of whom she writes? Is he a Mexican hero? Is he a famous actor using another name? Is he an undercover foreign agent? Or, since the word cejas means “eyebrows” in English, might it be a code name for Andy Rooney whose eyebrows enter a room five minutes before he does?

It is none of the above.

Neither is Cejas a gang member out to visit relatives in the U.S., a mule for the drug guys or a people-smuggling coyote. However, like real mules and coyotes, he does have four legs. Cejas is a little Mexican dog.

His story is much like anybody else’s, filled with both sad and joyous times, and a lot of luck – he didn’t get out of by himself. For his Tijuana border crossing, he had the help of many, including angels, perhaps San Toribio Romo González, Mexico’s ghostly benefactor of “illegal aliens,” and a quick-witted grandmother.

Every three months, missionary trucks filled with toys, blankets and food make their way from the U.S. to poor colonies of Tijuana, as they did last December when they caravanned to La Colonia El Monte Bonito. Part of their mission is to bring food, bowls, and water for the unfortunate dogs of the area. One little fellow caught the eye of Grandmother Reyna, a missionary, who recalls, “He was ‘very matted, dirty, and smelled awful.'” Then their eyes met, she saw his “sad and tender look” and made a decision to bring him back with the church group even though other members wondered why she would take a street dog in such bad condition. And they were rightly concerned about real trouble at the Tijuana border crossing. What would the border guards do? Would the courageous dog rescue missionaries be arrested? Would Cejas go to doggie detention? After all, he didn’t have the required records of inoculation, no license, and he looked pretty bad. But Grandmother Reyna decided to rescue him, despite the danger.

She stayed calm during the two-hour wait to cross the border. When their van, driven by her granddaughter, got to first place in line, the emigration officer asked “What are you bringing back from Mexico?” They replied, “Nothing.” Then the officer peeked in the back window and spied Cejas asleep. “Whose dog is that?” the officer asked. Granddaughter replied, “My Gandmama’s.” The officer grew suspicious and asked Grandmother Reyna what the dog’s breed was. “Terrier,” she said, using an innocent expression. “What is the dog’s name?” asked the officer. Now a little scared of the real trouble she could get into, her mind went blank. She could not remember the little dog’s name, so she boldly gave him the first name that came entered her head, “JoJo,” and succeeded in fooling the officer. I would not want to play poker with Grandmother Reyna.

Back in the U.S.A., Grandmother Reyna took the little dog to the veterinarian, who treated Cejas’s skin problems, bathed him, extracted many bad teeth, and neutered him. Ouch! It must have seemed like a strange welcome to a new land, but Cejas proved himself a trouper and just shouted “¡Ole! Now can I play?”

On March 1, Cejas came to live with us in California where I am presently working. Since his upper lip snags on one of his few remaining front teeth and it looks like Elvis Presley’s famous sneer, I wanted to rename him Elvis. But Cejas is a tough little guy with street smarts galore and he simply refused to answer to that name. He insists on the name he arrived with, and prefers burritos to dog food. He is not yet bilingual. However, we made a deal: in exchange for keeping his name, he comes when called, does not enter the house without permission, and tolerates a leash when we take our daily walk in the forest. He’s hooked on Cesar Millan’s “Dog Whisperer” show, and looks away from the TV screen only during commercials.

Cejas, our little illegal, escaped the mean streets of TJ and fearlessly crossed the border to a new life. Moral of this story: Be nice to all grandmothers. You never know when she can get you out of a bad spot.

(Maggie Van Ostrand, writer, lives in Ajijic, Mexico and Pine Mountain, California. Her stories appear in the Chicago Tribune, the Boston Globe, El Ojo Del Lago, and various magazines. She co-authored “Home Is Where The Hurt Is” with Tony- and Grammy-winning country humorist Roger Miller, and ghostwrites for television sitcoms. This project is close to her heart) 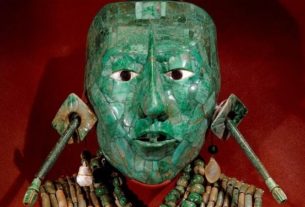 Mexican investigators may get bad rap 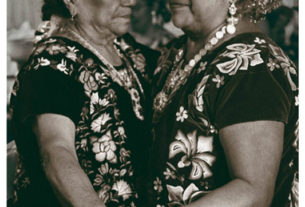