On March 5, 1947 President Harry S. Truman was on the next to last day of a three-day whirlwind visit to Mexico. Departing from his prepared agenda, he announced that he wanted to make a stop at Mexico City’s historic Chapultepec Castle. As the motorcade came to a halt by a grove of trees, Truman stepped out of his black Lincoln and walked over to a stone monument reading Niños Heroes (“Heroic Children”). These were the six cadets who committed suicide during the Mexican-American War by leaping from the castle battlements rather than surrender. Truman laid a wreath on the monument and then stood for a few moments of silent reverence. All the while a contingent of contemporary Mexican cadets, some with tears streaming down their cheeks, stood at rigid attention.

Truman’s action, duplicated fifty years later by Bill Clinton, made him Mexico’s all-time most popular U.S. president. FRIENDSHIP BEGAN TODAY headlined one Mexico City paper. Another blazoned this message: RENDERING HOMAGE TO THE HEROES OF ’47, TRUMAN HEALS AN OLD NATIONAL WOUND FOREVER. “To think that the most powerful man in the world would come and apologize,” said a cab driver to a passenger. Remarked an engineer: “One hundred years of misunderstanding and bitterness wiped out by one man in one minute. This is the best neighbor policy.” At a lunch later that day, President Miguel Alemán proclaimed him “the new champion of solidarity and understanding among the American republics.” Truman’s own comment was characteristically succinct. “Brave men do not belong to any one country. I respect bravery whenever I see it.” Though the President’s plane, Sacred Cow, left before dawn on a chilly morning, over a thousand people were at the airport to see him off.

Was Truman’s noble and magnanimous gesture expended on a myth? According to one body of revisionist thinking, the cadets were fictitious, no such event ever took place and the whole story was simply a propagandist invention. Another version states that they were drugged or intoxicated when they made their historic leap.

Ironically, these negative views are far more of Mexican than of foreign derivation. This unpleasant fact was highlighted during a September 1997 lecture by Brigadier General Alfonso Chávez Marin, a career member of the Mexican Army Medical Corps. Speaking at a cultural seminar sponsored by Guadalajara’s City Museum, Chávez explained that smears demeaning the honor of the cadets (or pretending they never existed) were pioneered by money-hungry, appeasement-minded politicians who dominated the Mexican government after the disastrous war, and whose main concern was favorable commercial relations with the United States.

How could such anti-patriotic behavior be possible? Chávez furnished a historical analysis of two strongly opposing forces in Mexican society during the 19th Century. On the one hand, there was a privileged elite who had no sense of Mexican identity (secretly pining for the Spanish monarchy), who were strongly anti-republican and who made a Joke of the Army’s officer corps by allowing incompetents to buy commissions. Of those who did not buy commissions, their training was received at one of 117 military escuelas virreinales (vice-regal schools), known to be hotbeds of anti-republican sentiment.

On the other side were persons animated by a strong sense of Mexican patriotism and by the egalitarian ideals of the French Revolution. Wishing to counter the tradition of commissions for sale and the influence of a reactionary officer caste, they founded the Colegio Militar (Military College) in 1823. Here the only aristocracy recognized was what Thomas Jefferson called the “natural aristocracy,” where guiding criteria are merit and talent. Gone were the bought commissions, gone were the officers who went to war with retinues of servants. Chávez described the Colegio Militar as being founded on principles that were “diametrically opposed” to the incompetence and favoritism that had prevailed before. As cadets at the Colegio Militar, all six of the “heroic children,” were thoroughly inculcated with its patriotic and meritocratic spirit.

Unfortunately for Mexico, there were too many officers of the old school when the war with the United States began. General Gabriel Armijo surrendered Santa Fe, New Mexico, without firing a shot. In California, only civilians offered major resistance to the invaders, with the Army providing little or no support.

The canard that the “heroic children” never existed is exploded by the fact that quite a bit is known about them. Their names were Juan de la Barrera, Juan Escutia, Francisco Marquez, Agustin Melgar, Fernando Montes de Oca and Vicente Suarez. At 19, de la Barrera was the oldest, while 13-year-old Marquez was the youngest. De la Barrera, the son of a general, was born in Mexico City. Escutia was from Tepic (then in Jalisco, now in Nayarit), but nothing is known about his family. Melgar was a Chihuahua native and the son of an Army lieutenant colonel. The only tapatío (one who hails from Jalisco) was Márquez, born in Guadalajara. He was raised by his stepfather, a cavalry captain named Francisco Ortiz, his father having died when he was very young. Also orphaned on his father’s side was Montes de Oca. He hailed from the Mexico City suburb of Azcapotzalco. Suarez, born in Puebla, was the son of a cavalry officer.

Existing historical and genealogical data completely demolish the view that Harry Truman’s generous gesture was one made in vain or under false pretences. 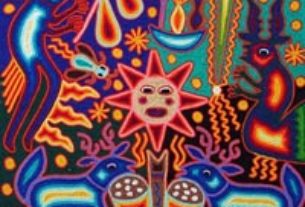