The Sunday Mexican fiesta at Guadalajara’s Camino Real promised cockfighting. I should have expected the “cockfight” would amount to a quick display of two cheerfully bored roosters who could have auditioned for a wholesome children’s show. “Genuine cockfights are illegal in Mexico,” chastened self-appointed cognoscenti. I should have known that a real cockfight was as likely to take place at the Camino Real as a greased pig contest would be at the Ritz-Carlton.

I wanted the blood and gore that nature thrusts upon ordinary surroundings, feeding that perverse fascination many of us derive from encounters with a gruesome car accident that demands impolite staring. The clandestine excitement of the forbidden beckoned.

Two decades later, I watched my neighbor Roberto as he handfed chopped fruit, vegetables, and meat to some big chickens he proudly introduced to me as “fighting cocks.” Caged separately in spacious pens, these exuberantly plumed and healthy birds didn’t look like any roosters I had ever seen, but I took Roberto’s word for what they were. Only weeks later did it become apparent why these roosters looked out of the ordinary – their combs and wattles were missing. Sure enough, these really were fighting cocks, and I found myself invited to Sunday’s peleas de gallos (cockfights).

Proud to have scored admission, I tried to enlist gringo pals to join me, but every one of them reacted as if I’d issued an invitation to watch dwarf bowling or feeding Christians to the lions. Rolling their eyes as only the politically correct know how, they mumbled something about prior commitments to a boxing match or a Clint Eastwood extravaganza.

I anticipated the secret world of a backwoods Cajun or a rural Missouri afternoon with the raw and rugged, testosterone-charged redneck folk living just beyond the law, downing Rocky Mountain oysters and chugging Wild Turkey.

I found the trucks lining the street leading to the fights to be in character: chrome-accessoried new pickups bearing license plates from hither and yon (including Davenport, Iowa), four-wheel drive Suburbans and RamChargers. No sissy Nissans or Dodge Caravans for this crowd.

Only the night before, young studs in their finest Urban Cowboy duds nervously paced the perimeter of the same venue which served as Saturday night’s sala para fiesta, in awe as their older, cockier, stronger and more handsome brethren strutted, courted and danced the night away with their girlfriends amid reverberating Mexican rock. Today those young men gathered under the tutelage of their fathers and grandfathers in sedate quiet as the fights began.

The normality of the crowd startled me. Coming from all strata – small businessmen and workers, doctors and architects, the Nike-clad, trendy sunglasses dangling from a cord, a politician or three, a police chief, cab drivers, and bricklayers – imbibing more Coke and V-8 than Corona, they debated Monica Lewinsky’s parallels to Irma Serrano, Guanajuato Governor Vicente Fox’s political appeal, and the latest hot deals at Price Club de Mexico. Hardly the marginalized rustics conventional wisdom might characterize as cockfighting aficionados, these were the same people who might be found at a soccer game. Clearly a theater of male bonding and competition. Women were not among the spectators.

Even more amazing was the equalizing unity among social classes that the cockfights brought to a rigidly stratified society. More than the influence of a male culture at play, some greater symbolism brought these men together, blurring markers of power, wealth, ethnicity, and privilege. Over 150 years ago, Fanny Calderón de la Barca, Mexico’s version of Tocqueville, observed this phenomenon during a Mexican president’s attendance at a major cockfight: “The gratifying spectacle may not infrequently be seen, of the president, leaning from his box in the plaza de gallos, and betting upon a cock, with a coatless, bootless, hatless and probably worthless ragamuffin in the pit.”

The Ritual of Combat

Cockfights are legal in Mexico. Regulated by the same ordinances applicable to bullfighting, charreadas, and jaripeos (rodeos), the impresario’s license to sponsor the fights requires him to maintain order during the event, hiring auxiliary police if necessary, and to observe the rules and traditions of the sport.

The first stage of the sport was over.

Veritable velvet-lined jewel boxes yielded up an assortment of shiny precision stainless steel knives which each handler studied carefully, measuring with calipers, before plucking the one which would arm today’s combatant. Weapons selected, the handlers strode into the sacred territory of the plaza de gallos (arena) where the handler and his aide would gird the knife to the gallo’s own blunted spur, lashing it with what appeared to be catgut (but probably was dental floss) with surgical precision, taking care not to slash himself with the razor-sharp blade, cleaning it with a halved lime. Now was time for the referee to measure and verify each contestant’s fighting equipment. During this second stage of the game, spectators sized up the gallos, deciding the odds for the match, and made private bets.

After a teaser bird whets the combatants’ adrenaline, each handler revs his bird back and forth, building up energy and speed much like a toy car, and, at the referee’s signal, positions his warrior about a foot away from the line drawn in the dirt.

The fight begins, taking a fraction of the time devoted to its preliminary ceremony and ritual. And often a nanosecond’s flurry of feathers brings the denouement. My reflexes never are quick enough to photograph those mid-air duels. Quickly separated, the loser will find himself in tomorrow’s stewpot, and the triumphant, after a brief bow and accolades, is allowed to rest.

A fight may take several timed innings, as the birds are separated, repositioned, resuscitated, dust and grit swabbed away, and encouraged to go at it once again. Each may advance slowly, sizing up the competition, daring the other to strike first. The dance begins to resemble a boxer’s pattern of provoke and parry, searching for the opponent’s vulnerable zone. Never let it be said that gallos are brainless. More than scent and instinct choreograph the battle.

One cock may surrender, opting no longer to do battle. Or both roosters may mock everyone, daring the handlers to yet another round, neither crossing the line, each staring in silent accord at the other, waiting out the carefully timed bouts until impasse is finally declared.

Blood and gore? What little sangre the gallos may have shed was unremarkable. More likely to suffer slashes were their handlers.

Dating back 3,000 years to Asia, cockfighting spread across India and into Europe, and put down its roots into Hispanic culture after English colonists introduced it to the New World. Legal in Missouri, New Mexico, Oklahoma, Arizona, Louisiana, and Puerto Rico, cockfighting matches are held in Ireland, Colombia, Haiti, the Dominican Republic, Cuba, Jamaica, and the Philippines. And, of course, frequently illegal matches are held to feed consumer demand.

As much a part of Mexican folk culture as bullfighting or charreada but ignored by mainstream travel literature, cockfighting suffers a Rodney Dangerfield complex.

Los gallos are as much a metaphor for Mexico as maíz. Subsisting on scratch and scrap, nourishing the hungry, hens renewing each day with huevos, roosters’ noisy cacophony breaking dawn’s silence, cockerels jockeying for position, chickens signal home and hearth. Even the street price of pollo rostizado (roasted chicken) is a benchmark of the local cost of living. The chicken is Everyman.

Not every rooster has the right stuff to become a fighting cock. Bred from strains of Hatch, Claret, Black, Round Head and White Hackel for height, strength, speed and “gameness,” or the ability to stay and fight instead of surrendering, a prize fighting cock may sell for as much as five thousand dollars.

A teleological totem, the gallos are the transcendent symbol of the ordinary world of poultry. Elites of the species, fighting cocks overcome formidable odds of becoming broilers before maturity or risking castration to enjoy a few more well-fed weeks as capons, grow to full sexual maturity, and enjoy special rations and living quarters while training – in exchange for bravery and valor. And ultimately, sacrifice. Not in the least unlike the Aztecs’ human offerings to appease and feed the gods, cockfighting restores ritual and structure to dissonant chaos. 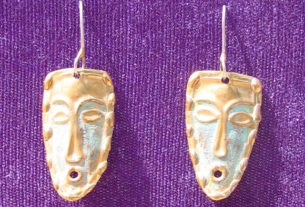 Internet And Business In Mexico