Every year pamphlets explaining the origins of this dish, along with a list of ingredients, are distributed in Tehuacan’s restaurants by the city’s Gastronomic Council, an association of restaurant owners formed to promote local cuisine. If you live in a place where goat meat is available, this is worth trying. The proportions come from La Cocina Familiar en el Estado de Puebla, a regional cookbook published by Editorial Océano de México.

We enjoyed mole de caderas at Tehuacan’s Restaurante Casa Vieja, but the recipe is very traditional and the ingredients are standard and well prepared at most of the city’s restaurants. Fans of goat barbacoa will love this dish, though you might start with less chile than is used in the Mixteca.

Place the meat in a large stockpot with half of the chopped onion, the head of garlic cut in half crosswise, water to cover and salt to taste. Bring to a boil and continue cooking over medium heat until the meat is nearly fork tender.

Boil the tomatoes, tomatillos and the three different kinds of chiles in water until the tomatoes are tender. Place them, along with the remaining onion and the five peeled cloves of garlic in a blender with just enough of the meat broth to move the blades and puree. Fry the puree in the lard or corn oil and add it to the stockpot.

Puree the guajes with a little broth and add them to the stockpot. Add the cilantro, avocado leaves, green beans and salt to taste and continue cooking until the beans are tender.

NOTE: Costeño rojo is a dried red chile very much favored by the Mixteca people. If you live in Los Angeles or another city with a large Mixteca population, you can ask for them at Mexican grocery stores. If unavailable, I suggest substituting chile de arbol, which is of similar size and skin thickness and has a similar degree of “heat.” Although purists would disagree, this substitution is a far better alternative then foregoing the dish, especially if you like goat. Guajes are pods from the tree of the same name, containing soft, flat seeds (the edible part) that taste faintly of garlic. Again, although purists might disagree, I suggest substituting 1 small clove of garlic, peeled and chopped, for the guajes. 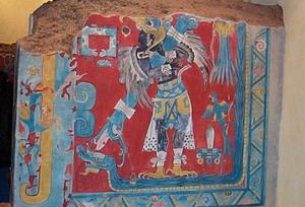 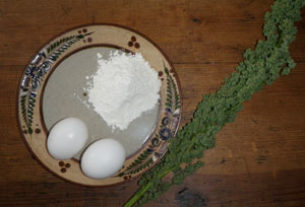 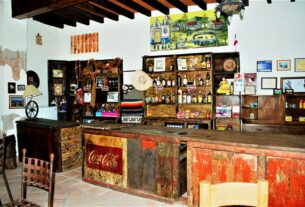