Mexico’s labor force is growing at an annual rate of 2.4 percent, but the agricultural sector has been shrinking as the urbanization process continues and people move to the major cities in search of manufacturing employment. Semi-skilled and skilled laborers make up approximately one-third of the labor market.

Labor regulations in Mexico are based on the Mexican Constitution of 1917, and the Mexican Federal Labor Law (MFLL). Although wages continue to be low in comparison to the United States, the MFLL is strict in its prevention of unsafe working conditions. The Federal Labor Law regulates labor contracts, minimum wages, employee benefits and union activity within Mexico. You should familiarize yourself with labor law as part of your feasibility study for operations in Mexico. Index

If a work relationship is not specifically defined as temporary from the beginning, there are few circumstances under which you legally can dismiss an employee without incurring compensation responsibilities. There is no time limit on the length of the work relationship, unless it is explicitly defined for a set time or for a specific job.

As an employer, you may not infringe on a worker’s rights of safety, work shift, minimum salary, and required benefits. American Chamber/Mexico publishes an annual Survey of Salaries which analyzes the compensation paid to 98 key job positions within companies, it also produces annually a Benefit Survey, that examines what benefit packages firms are offering their executives, salaried employees and salesmen. Index

The employer is responsible for staffing labor inspectors to ensure compliance with occupational hazard regulations. Workers who suffer any form of occupational accident are entitled to whatever medical attention is deemed necessary, regardless of his or a co-worker’s negligence. Medical care is administered by IMSS. Employers are obligated to modify facilities for the safety and health of workers. Index

Neither pregnant women nor minors are allowed to work in areas of potential health risks, after 10:00 pm, or overtime. The minimum legal working age is 16 years with the permission of parents and a permit from the Secretary of Labor and Social Welfare (Secretaría de Trabajo y Previsión Social, STPS). Overtime is paid at twice the hourly wage for the first 9 hours after 48 or for working on a legal holiday, Saturday or Sunday, and triple-time beyond 9 hours.

According to the Federal Labor Law, the daily minimum wage should represent a purchasing power for a basic standard of living and is set annually in accordance to geographic region. In the middle of 1995, the average national daily minimum wage was N$16.74. The National Minimum Wage Commission (Comisión Nacional de Salarios Mínimos) has the authority to modify the minimum wage as needed. The minimum wage in the Federal District (Distrito Federal D.F.), which encompasses Mexico City, is considerably higher than in other parts of the country, and there are also higher minimum wages established for some industries. Salaries can be established according to unit of time or work, a lump sum, commission, or any other criteria to which the parties agree. Index

TERMINATION OF THE WORK RELATIONSHIP

Terminating a work relationship can be an expensive process. To dismiss a worker without just cause, you must pay him three months salary plus 20 days pay per year of service.

Employees with 15 or more years seniority who leave voluntarily are entitled to a minimum compensation of 12 days pay per year of service since May 1970, when this law went into effect.

Under certain conditions, such as temporary disability or contagious disease, employers may lay-off workers without having to pay severance.

Firing employees without incurring financial compensation is possible only when an employee grossly violates the work relationship. For example: sabotage, flagrantly neglecting safety procedures or working under the influence of controlled substances. Other reasons for which an employer can avoid severance pay include:

Written notification within 30 days of the violation stating reasons and effective date of termination is needed to legally fire an employee.

Dismissed employees with two or more years of service have the right to sue for reinstatement. If the employee wins the suit he will regain his job, receive full back pay, and may even receive punitive damages.

If you are planning to hire Mexican workers, you must be prepared to deal with labor unions (sindicatos). Unions are an important and highly politicized component of the labor market that are especially strong within the public and industrial sectors.

The constitution and the Federal Labor Law both favour unionization. Approximately 30 percent of the Mexican work force is unionized, about twice the U.S. rate.

It is imperative to contract a Mexican labor lawyer prior to hiring a work staff. Unions tend to be very territorial, and by law, companies can only establish relations with one. You should research the unions which represent your particular region and sector.

The key to establishing good union relations is communication. Labor contracts are difficult or even impossible to change once established, so you should discuss in detail the plans and goals of the firm with the union representatives during the bargaining stages. For example, if you plan to implement any sort of productivity bonus system, it should be explicitly stated in the labor contract prior to signing.

The goal of the unions is to protect the interest of employees, with emphasis on workers with more seniority. This could pose a problem if your senior workers are not the most productive. Also be aware that under the philosophy of acquired rights, if you give a certain bonus one year, the union will expect the same bonus the next year.

The union system is quite complex but most unionized workers belong to the nine largest labor syndicates. Unions may be formed freely by registering with federal or state authorities, but this tends to be a long process filled with delays.

Mexico’s largest and most politically powerful union, the Confederation of Mexican Workers (Confederación de Trabajadores Mexicanos, CTM), claims to represent 5.5 million workers or 85 percent of the private sector. Ninety-five-year-old Fidel Velázquez had been the confederation’s Secretary General since the early 1940s. The CTM is allied with the Institutional Revolutionary Party (Partido Revolucional Institucional, PRI) which has held the Mexican presidency and a legislative majority since its founding in 1929. The CTM provides political direction as well as legal advice and services to members.

The Congress of Labor (Congreso del Trabajo, CT) was formed in the 1960s and is an umbrella organization that represents 37 other labor confederations and independent unions, most of which are PRI-affiliated.

Although the constitution establishes the right of registered unions to strike, very few strikes actually occur. In 1993, less than 5 percent of all strike notices filed actually led to strikes. Strikes must be filed and approved by the Federal Labor Conciliation and Arbitration Board (Junta Federal de Conciliación y Arbitraje, JFCA) to be deemed legal. If JFCA does not grant permission to strike, employees have 24 hours to return to work or face termination. If the strike is ruled legal, management can neither enter the premises nor hire replacements. All operations must stop until the strike is resolved. Index

For More information on The Guide to Mexico for Business, or American Chamber/Mexico’s services,visit our Home Page at: https://www.amcham.com.mx or E-mail us at: [email protected]

First Published in The Guide To Mexico for Business, 4th Edition, a publication
of the American Chamber of Commerce of Mexico, A.C

Published or Updated on: January 1, 2006
Share This:
Tagged doing-business legal 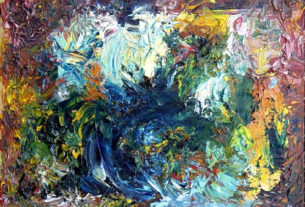 Cockfighting in Mexico: Chicken soup for the soul 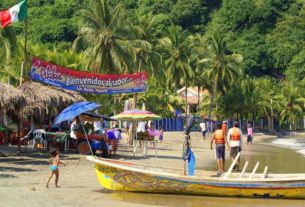