One of the greatest gifts the Indigenous peoples of Mexico shared with the world was their discovery and cultivation of natural fibers. One of these, henequén, continues to be used throughout the world for manufacturing and industry.

Found originally in the eastern part of the Yucatán peninsula, henequén was used by the Maya and Inca for ropes, cables, nets, lassos, curtains, hammocks and dense fabrics. When the Spanish learned of this useful fiber they called it sosquil, a corruption of the Mayan word tsootquij, and years later when it was grown for export the word was further corrupted to sisal, by which it is known today. The Spanish had many uses for the fiber including ship cables and sacks for grain, although they eventually became to prefer yute fabrics for grain transportation.

Mexico began mixing the fiber with silk creating artisela, its version of blended silk which was a very popular fabric for garments. But perhaps sisal found its most universal role when it was utilized by Cyrus McCormick of the United States, the inventor of the reaper, the machine he created for cutting standing grain.

Originally he used thin wire to tie the resulting bales, but small pieces found their way into cow feed where they ended up piercing the animals’ stomachs. After trying other materials, henequén or sisal was found to be superior.

Soon sisal became indispensable in industry for thousands of uses. It easily blended with polyethylene to make light durable materials for toys, doors, boats, planes and even parts of tanks! In 1834, the plant, now known by its scientific name agave sisalena, was transplanted from the Yucatán to southern Florida where it adapted and soon flourished.

Four years later it was introduced into the Bahamas, to Germany and then to east Africa—and today Tanzania produces more sisal than any other country in the world, although it is also extensively cultivated in Brazil, France, Java, Sumatra, and Venezuela. 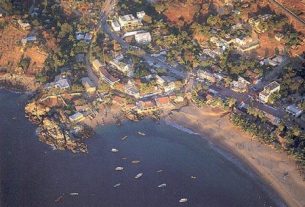