I have argued before that discrimination in the workplace is not only ethically wrong, but inefficient for the organization, since great candidates are often not considered for hiring. More specifically, companies lose out in the area of innovation when they do not have a diverse workforce.

There is considerable evidence that companies with a diverse workforce are more innovative than those with a homogenous one. A diverse workforce could mean anything from variety in races and social/cultural backgrounds to variety in ideologies and work styles. It makes sense that such an employee-makeup would be beneficial: If you have people who offer different points of view, you are more likely to find “new ways” of doing things.

So why are so many firms not diverse, especially in Mexico? The reason is partly based on conscious or unconscious discrimination, but perhaps more importantly, it can be explained by the mind-set of most managers when they are hiring. Typically, managers prefer to hire people who can “fit” into the organization, i.e., can easily be molded into accepting the existing organizational culture.

Formal procedures further ensure that people hired will fit the style and preferences of the company. This is usually done through psychological tests—wrongly assumed to be universal in their validity and usefulness—which measure such traits as “ability to think on your feet.” While appearing to be objective, looking for this personality trait produces a cultural form of discrimination. For example, it is much more likely that someone raised with the values of mainstream U.S. culture will be able to “think on their feet” better than someone raised with the values of Asian cultures.

According to Dr. Adrian Chan, professor at the University of Wisconsin at Milwaukee and an expert on Asian-American issues, it is difficult for most Asians to “think on their feet” because their culture places more emphasis on perfectionism.

“Asians prefer to be very prepared, rather than make things up,” he tells me. But often U.S. companies reward people who can quickly offer ideas, even if not fully developed, and since many Asians feel uncomfortable doing this, they are often considered lacking managerial skills.

Of course, any company would benefit greatly from having both people who can think on their feet as well as people who aspire to be perfectionists. The two combined create a truly superior synergy.

Another typical trait sought by companies is the ability to take the initiative. Yet this ability is often shaped by cultural considerations, including the implicit rules of when it is or is not appropriate to show initiative. For example, Mexico is a role-driven culture, which means that your behavior is shaped by the role you are given in the organization, rather than by intrinsic psychological traits of the person.

Whereas in the U.S. having initiative is supposed to be demonstrated before you are placed in a leadership position, in Mexico the role you’re given will determine whether or not you show “initiative.”. Thus, when Mexicans are in the role of students they rarely challenge teachers (i.e., don’t show initiative), yet the same person when in the position of a teacher easily assumes initiative and takes command of his/her class.

In both cases, what the company assumes are universal psychological traits are actually behavioral norms that vary from culture to culture. By employing these types of procedures for selecting employees, managers end up generating a uniform, rather than a diverse, workforce.

It should be pointed out that many managers still fear having to deal with diversity. “It can be chaotic,” a friend of mine who holds a high position in a company told me. “If we allow diversity to be all over the place, how can we communicate?” This a valid concern, for certainly we want an organization in which communication is effective.

The answer lies in serious training for managers, so that they develop the skills to deal with different kinds of people. And the challenge for the organization is to create an organizational culture that incorporates “diversity” as one of its core values. While the process can be painful, the rewards down the road are worth it. It could mean the difference between being an innovative, forward-looking company, able to contend in today’s fast-changing environment, and just another always-one-step behind organization. 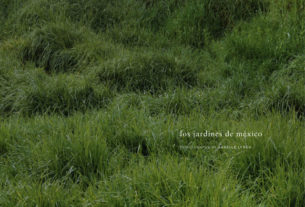 WILLS, ESTATES AND POWERS OF ATTORNEY IN MEXICO