Every time I hear the word “bandidos” the hair on the back of my neck starts to rise. The word sounds scary, doesn’t it? Where do these bandidos come from, anyway? I’d give anything to see a bonifide “bandido.”

I’ve heard about bandidos for years, but curiously, have never met anyone who’s actually seen one in person. I picture bandidos as wearing those silly wide-brimmed and impractical sombreros so popular in the tourist markets in Puerto Vallarta and Acapulco. I’m sure bandidos wear ammunition belts criss-crossed across their chests, and of course, their handlebar moustaches droop dangerously close to their shirt collars. And they go around sneering, and they say things like: “I don’ need no stinkin’ badge!”

I’m embarrassed to say that after at least 100,000 miles of driving Mexican roads over the past 45 years–I’ve never seen a bandido. Nor have I every met anyone who personally had an encounter with a bandido. Such rotten luck!

Yet, it seems that every other traveler I meet has a brother-in-law whose friend’s cousin has been robbed by bandidos. Just my luck, I’ve never been able to track down this cousin of my friend’s brother-in-law. All my life, I’d been waiting to meet up with someone who–actually, in person, no kidding–has seen a real, red-blooded bandido! He doesn’t have to be a brother-in-law.

Well, you can imagine my surprise, when one morning when we were having breakfast in San Blas, Nayarit, we overheard a young lady, seated at the adjoining table, telling how she had been robbed by bandidos!!

I immediately dragged my chair across the floor to her table, apologized for intruding, and begged her to tell me of her encounter with bandidos. This was my chance of a lifetime! With no hesitation, she related a fascinating story of a college sophmore’s terrifying encounter with Mexican desperados. The following is her narrative, as close as my wife and I can reconstruct it. She brushed her hair out of her eyes and began her tale:

“You know, like It happened in June. Right after school let out for the summer? I’m going, ‘like this should be a dynamite time to visit Mexico!’ So me and boyfriend, we take my dad’s Cadillac and start sailing down the highway from Nogales, headed for Acapulco. Like, I was driving along, about midnight, everything’s cool–when all of a sudden, here’s this big black bull sleeping in the middle of the stupid highway! Oh man! Like that bull took both front wheels off the Caddy! I just knew my dad was gonna be pissedd. Like, he didn’t even know I was in Mexico!

“Anyway, my boyfriend gets mad at me. He goes, “I knew I shouldn’t let you drive!” He starts hitchhiking back to Nogales. So, me, I start hitchhiking the other side of the highway — toward Mazatlán. Like, I hear they have some great beaches in Acapulco?

“Anyway, when we get to town, the guys offer to let me stay at their place–way up on the hill. The house was kinda grungy, but it had a great view, and the guys seemed to be real nice. So, like I stayed with them almost two weeks. I thought everything was cool. Then, one morning, I wake up, and my purse is missing! Somebody stole my purse, money, passport, everything! That’s when I realized these guys were bandidos!’

I nodded my head to acknowledge the seriousness of the bandido attack, and I managed to make it outside the restaurant before I started shaking my head vigorously to see if this story may have caused any brain damage. But at least my quest for bandidos was over. I now know they really exist. 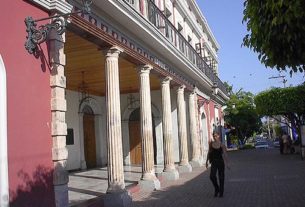 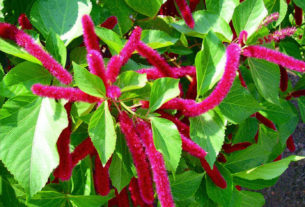