The earliest human inhabitants of the Lake Chapala area were probably nomadic tribes of Indians who had settled on the shores and islands of the lake, catching fish, extracting salt, and trying to herd wild game towards the water’s edge so that it would get bogged down in the mud.

By the time the Spanish arrived, one particular tribe, the Cocas, had settled the northern lakeshore, in the vicinity of San Juan Cosala, today a popular thermal-water spa-town.

There are almost as many possible explanations for the name “Chapala” as there are historians who have tried to explain it. It may derive from “Chapatla” which in turn came from “Chapatlán” or “Chachapatlán”, meaning “place of many pots”. It may, on the other hand, be named for an Indian chief Chapa who lived in the area when the Franciscans arrived. Other possibilities are from “Chapalac”, marshy or wet place or from “Chapalal”, supposed to represent the sound made by waves splashing onto a beach. Whatever its derivation, the word Chapala came to be used for both the lake and the most important tourist town on its shores.

Besides the attractions of its climate, scenery and the ever-changing light on the lake, Chapala today has a wide range of tourist facilities including more sports facilities than any other lakeside town.

But you don’t have to be an active or sports-minded person to enjoy Chapala. There are numerous restaurants, open-air cafes and ice-cream parlors in which to while away the siesta-time. A walk around the town should include the parish church, San Francisco, which while not particularly old, has a literary distinction, having been immortalized by D. H. Lawrence in the last pages of his novel, “The Plumed Serpent”, written during Lawrence’s brief stay in Chapala at number 307 on Zaragoza street. Across from the church, it is worth stepping inside the dining room of the Nido Hotel to look at a collection of old photographs of Chapala. These include some thought-provoking pictures of when the lake threatened to overwhelm the town, for several weeks people preferred canoes to bicycles!

The origins of tourism in Chapala go back to the mid nineteenth century when only a simple guest-house existed in the town. Later, Mexican national Railways began to offer daily trips by train to Ocotlan, with connecting lake steamer service to Chapala. In the early years of this century, President Porfirio Diaz stayed with friends in Chapala. With the presidential seal of approval, the popularity of Chapala grew. One very distinctive, European-style building became the home of Alberto Braniff, a member of the famous airline family. Today, his house is a restaurant, the Cazadores.

On the pier, boatmen, competing fiercely with each other, will try to convince you to visit Scorpion Island and its restaurants. A longer, but more interesting, boat trip is to Mezcala Island, and the remains of a fortress dating from Independence times. East of the pier, past the well-kept lakeshore gardens and a small children’s park1 the Chapala Yacht club is an attractive building, often used for art exhibitions and cocktail parties.

A row of small fish restaurants is next to the Yacht club. At weekends, this area, like the lakefront Beergarden restaurant, near the pier, is a cacophony of mariachi sound. Just across from the Yacht Club is the Chapala handicrafts market, an excellent place to shop for inexpensive gifts – ranging from leather jackets, wooden furniture, and hand-embroidered dresses to decorated glassware, ceramics and trinkets.

Almost next to the handicrafts market is the Christianía park, with outstanding public sporting installations. A modest entrance fee allows access to a well-equipped children’s playground, snack-bar and huge expanse of grass. The park, which also has tennis courts and a monster swimming pool, represents one of the great bargains in Mexico.

A few steps further east is one of Chapala’s most historic buildings – the former Railway Station. Locals hope that this lovely building will eventually be turned into a museum of local history. Ten minutes drive beyond the station is the subdivision of Vista del Lago (View of the Lake) and the Chapala Country Club with its excellent nine-hole golf course, open to non-members on payment of a green fee.

South of the highway, between Chapala and Ajijic, is the village of San Antonio which still holds traditional “posadas”, dramatizing Joseph and Mary’s search for lodgings, on each of the nine nights before Christmas. Mary, seated on a donkey, is led through the streets. A children’s choir accompanies her and formally requests lodgings at pre-arranged houses in the village, requests just as formally denied. The growing procession ends up at the church where a mass is held followed by a party with piñatas for the children. San Antonio is a typical Mexican village and has relatively few foreign residents.

On the other side of the highway to San Antonio and extending up the hillside is the Chula Vista subdivision, very popular with American and Canadian retirees, partly because here is the Chapala area’s second golf course, the Chula Vista Country Club. This short course is very tricky, meandering up a valley, and surrounded by beautifully landscaped private homes. From many holes a panoramic view extends over Ajijic and San Antonio.

AJIJIC – THE VILLAGE PREFFERED BY RETIREES

Since the 1950’s, Ajijic has been considered the artistic centre of the Chapala Riviera. Its artistic colony is comprised of both Mexicans and non-Mexicans, working in a variety of media. Almost always there are several current exhibitions open to the public either in local galleries and stores, or in the hotels and restaurants. Often, an artist exhibiting is prepared to undertake a commission on request from a new buyer. Local newspapers and bulletin boards are the best sources of information about current shows and other events in the village.

The Ajijic stores offer a selection of Mexican handicrafts, household items, fashions and gifts covering the entire economic range. One of the attractions of shopping in Ajijic is undoubtedly the personal attention that buyers receive since many of the “shop assistants” turn out to be the shop owners, anxious to guarantee the best possible customer satisfaction.

Ajijic is a tourist-oriented oasis; there is probably no other similarly-sized village anywhere in Mexico with so many hotels, restaurants, bars and shops. There are places to suit every budget: one-bedroom, fully equipped suites with kitchenettes, excellent bed-and-breakfast establishments with truly personal service, and a range of hotels including the Real de Chapala and the unashamedly elegant Nueva Posada. From the lakeside garden restaurants of these two hotels and from the restaurant-bar Posada Ajijic, you can eat, drink and enjoy the view across the lake, all at the same time.

In the village are a handful of truly old buildings including the parish church of San Andres dating from 1749, the chapel to the virgin of Santiago on the north side of the plaza, which is even older, and a former monastery at Hidalgo and Cinco de Mayo streets, which has been converted into a luxurious private dwelling.

The fiesta in honour of San Andres, patron of the main church, lasts for nine nights at the end of November (beginning and ending on a weekend) and has all the usual fairground amusements accompanied by music, folkloric dancing, and plenty of fireworks. There are daily processions in the streets and solemn masses for the devout. The Ajijic Easter celebration is gaining fame as one of the most extravagant in the country. Witnessed by the entire village, local farmers, fishermen, factory workers and tradespeople become actors for three days and re-enact the trial and crucifixion of Christ. The costuming and open-air sets are magnificent and this is a real “must be seen to be believed” occaision.

Many of the best homes in the village are “behind the walls”. The house-and-garden tours which are run weekly from December to March are an excellent way to see much more than the casual visitor can normally hope for in a short visit. The proceeds of these tours, as of so many Ajijic events, benefit local charities, a fine example of how foreign retirees have made immense contributions to help repay the Lake Chapala riviera for its outstandingly favorable climate and the welcoming warmth of its inhabitants.

The sports minded visitor can also hike, play tennis, or ride horseback into the hills. There are any number of leisure-oriented clubs in Ajijic, most of which welcome visitors to their regular meetings. So what do you fancy? A hand of bridge? A Saturday morning walk with the Hash House Harriers? An English-language theater production? A Tai Chi lesson?

There’s always something to do in Ajijic. 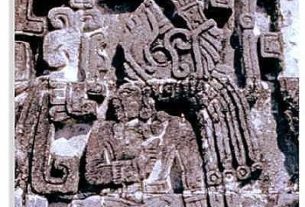 Did you know? Mexico’s ancient astronomers had sophisticated calendars