Since the signing of NAFTA, an increasing emphasis has been placed on the importance of knowing English in Mexico. And not surprisingly, English teaching has become a profitable business. Unfortunately, however, while there are many professional schools, there are also many overnight ventures offering little added value for businessmen or corporate employees. So, Business Mexico went back to school to scout out a few of the local options.

“There are definitely many more schools than at the beginning of the ’90s,” says Eugenio Aburto, director of the Schola language institute. “I think the number has quadrupled. Now there is much more competition, also on a quality level. Although there are still a lot of dismal schools left.”

Aburto explains that it’s not unusual for a school to start up and offer classes, cash in the money and then disappear without a trace. Indeed, after phoning a few of the companies listed in the directory, we discovered that many of those telephone numbers had expired, and that other companies had moved to an unknown destination. Some schools apparently never existed at all.

Making a benevolent contribution to Telmex shareholders, attempts were made to contact such schools as Centro de Idiomas y Diversificados, Jet Teaching, Lanser de México, Centro Internacional de Idiomas y Maestros Asociados, Centro Lingüístico de Inglés, Idiomas Empresariales Marva, and even the cryptic Col Nal de Est e Inv de Med or the sinister Distribuidora de Sapiens, only to find out these latter numbers don’t exist. One would think that something fishy is going on, but in many cases it’s just plain amateurism.

The Quest for Class

“I once worked for Network Training and Computing (NTC) based in Colonia Roma,” says Jenny, a teacher from England who has lived in Mexico for six years. “After I filed my application, they called me a few weeks later, asking me whether I felt comfortable giving classes at 7:30 p.m. When I said I didn’t have a problem, they told me, ‘Hurry up, you have 20 minutes to get there. It’s 7:10!’ ”

After locating the NTC telephone number, it appears the school now belongs to another company, and at the listed address on Rio Zacatecas, the concierge assured us that “the school has closed and the owner has returned to Zimbabwe.” Mysteries abound in La Roma.

Meanwhile, trying to find the Centro de Estudios Universitarios (CEUL), supposedly located on San Luis Potosí 154 (on the former campus of Mexico City College), was another strange adventure. The receptionist claimed the language school could be found at Potosí 191, where they sent us back to number 154 where the four doormen said there was no language school. The lack of regulation-either by the Education Secretariat or the Labor Secretariat-seriously affects the language school market and finding a good institute is a task of mammoth proportions.

“I have seen many schools come and go,” says Schola’s Aburto who has been in the business for 17 years. “I think the more mileage you have accumulated, the more confidence you inspire.”

Schola is a medium-sized school specializing in business English, whose clients include Telmex, Gaz de France and Warner.

Aburto has some other tips to spot a good school. “Before paying, there should be a test to determine the student’s level. We ask the students to write an essay of 150 words, but there’s also the Longman test, where students fill out a multiple choice test with a hundred questions,” he explains.

“Another element,” says Aburto, “is the background of the teachers. Not so much that he or she should be a native speaker, the teacher should have some kind of certificate for teaching English.”

Other good ideas include asking for the school’s curriculum. That way a student can double-check with former corporate clients. And ultimately, it’s not a bad idea to check out the location of the school: A rundown building does not bode well for an established school.

When it comes to location and curriculum, International House’s (IH) potential clients won’t have much to complain about: The school’s premises are on the sixth floor of the World Trade Center, and its clients include major corporate players such as Bank of America, Grupo Banacci, GlaxoSmithKline and PricewaterhouseCoopers.

“It’s a market with a lot of potential,” says Ariel López, director of International House, which opened up its Mexico branch just three years ago. “It’s amazing that the southern neighbor and the most important trading partner of the U.S. has so few good schools. The standards in Mexico are generally low, the schools are very commercial and focus on turnover instead of quality. That has a shadowy side too. Schools with higher standards are tied to the market price and it’s hard for a company to tell the difference.”

López says tariffs for one hour of business English vary between 250 and 400 pesos an hour, be it for a group or just one student. IH, with 1,300 students currently enrolled, charges 8,500 pesos for a group of up to 14 students for 30 hours. The current economic crisis has not seemed to affect IH in its demand for classes. “I heard that due to the Citibank and Banamex merger, all courses for Banamex employees were canceled. That is, all courses but business English.”

López also signals that there are certain parameters to tell the good from the mediocre. “An extra bonus point for a language school is an endorsement by a major authority on language, be it a reputed university or language institute. In our case, Cambridge University supervises the quality of our teaching on a regular basis.”

Undoubtedly, an endorsement by an internationally renowned academic institution like Cambridge University is a great advantage. Business English schools often use a gamut of different terms-like upper waystage, milestone, vantage and threshold-to indicate a student’s level. But these levels often do not coincide with international standards and what’s worse, a certificate can be of little use outside Mexico. “The advantage of an International House course,” says López, “is that you can take other courses at IH and also at any school with an international standard.”

In almost every school, business English courses start at an intermediate level, when a student already understands the basics (more or less equivalent to 240 hours). Even more important in business English courses, are the materials that are being used. Similar to well-known Streamline, Connections and Headway, there are also specialized business English books published by Oxford University Press and Longman, with titles like “Business Objectives,” “Business Opportunities,” “Targets and Assignments.” But companies can demand more specialized materials or courses, like books on accounting or on how to give presentations. “Business English classes are generally more adapted to the needs of the client,” says López, “as the clients know their field of work.”

Getting What You Pay for

It’s remarkable that many schools in Mexico have either an American or a British profile, meaning that either ‘organization’ or ‘organisation’ is being taught. According to some, Mexicans prefer British English, since it does not bear reference to the northern neighbor.

Colonia San Rafael-based Anglo-Mexican Cultural Institute, with an enrollment of more than 5,000 students, also issues Cambridge University certificates for business English and even sends exchange students to the British Isles. “Only a minimum of our 40 teachers are native speakers, though there are many bilinguals,” says academic coordinator Virginia Fuentes. “Although the Anglo has space for its regular English courses, business English is always taught in the corporate buildings, normally between 7 and 9 a.m.,” says Fuentes. “The content varies according to the necessities of our clients, like Nortel, Colgate Palmolive, Carrefour, Michelin or Johnson and Johnson.”

The company charges a slightly higher fee than IH, or 8,778 pesos for 30 hours of one-on-one classes and 11,500 pesos for a group of no more than 15 people, which is not expensive when broken down to the cost per student hour(25 pesos). Unlike the IH and Schola however, the Anglo does not overly stress grammar and focuses instead on the following four steps for learning English: listening, speaking, reading and writing.

Apart from specialized schools, there’s a range of academies that are cheaper but don’t have a very good record when it comes to business English. As one teacher puts it: “The academies are focused on mass production and go for the lower middle class.”

A good example of such an academy is the Wall Street Institute (WTI) which has 17 different levels (from elementary to expert) with the last five levels (40 hours each) corresponding to business English. The institute (with 5,000 students enrolled) does not have specialized material for corporate clients. In fact the WTI system is quite open: Students pay a reasonable fee for one level lasting 40 hours (at 2,269 pesos plus VAT), and have access to one of the academy’s computers four hours a week. Courses are indeed computerized, and are not given by teachers but through an interactive CD Rom system, where the student’s pronunciation is corrected by an electronic voice. Convenient for flexible working hours, but without direct feedback a student needs a lot of self-discipline and imagination to show up for cyberclass every week.

Even stranger methods are applied by Quick Learning, founded by a religiously-inspired Mexican who built a chain of hundreds of academies where values like “imprint the love of god and your equal” are stressed. In terms of money, Quick Learning is low-end and suitable for beginners, since the method focuses on pronunciation and quick comprehension based on recognizing sounds and colors. However, the somewhat Pavlovian method is not very appropriate for higher levels like business English, since there are no specialized materials or teachers.

To take a Quick Learning business course, one has to first pass the 10 basic levels (including the Toefl test), before choosing either the very reasonably priced 1,960-peso course (one and a half hours every weekday for a month) or the more intensive three hours a day (3,090 pesos a month). Another well-known academy for English is Berlitz, a school that unfortunately limits itself to its own materials, effective but a bit obsolete.

Other academies like Interlingua, English First and Harmon Hall, have similar disadvantages in that they are not really adapted to the needs of the corporate world, but are adequate for teaching basic English to the average Mexican.

Another language institute, Camlex Corporation, whose target audience includes business professionals and university students, uses a program written to address the specific needs of their clients called “All Over The World.” Classes are given to groups of between six and eight students, who complete three levels of learning, each one lasting approximately three months. While the minimum assistance required is two hours a day, Camlex offers its students unlimited access to an abundance of special activities including dramatizations, round table discussions, debates, forums, a song club, video club and field trips to museums. All students are also provided with tapes and compact discs, videos and textbooks as part of their learning materials.

So whatever your English needs are, be they personal or business related, base your decision on a careful analysis of curriculum, price, experience and the quality of teaching. … Or else you might just end up with a cara de what! 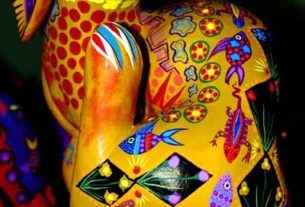