Tony Burton’s Mexican Kaleidoscope is a whirlwind trip through some of the underpinnings of Mexican culture, told with humour, affection and well-documented facts. This readable compendium of little known stories made me want to revisit many places I’d already seen. How much richer my experiences would have been had I been able to take this user-friendly and easily carried tome of gems with me when I was in Mexico.

Obtain your copy on Amazon!

Mexican Kaleidoscope is divided into five sections:  Before the Spaniards, Spanish rule, Independent Mexico, People and society, Culture and beliefs. Each section contains six enlightening essays given over to a special topic pertaining to that category. The headings may sound like heavy reading, but don’t be fooled. If history books were written with the light touch Burton gives to each chapter, more students would opt for a major in history. He is a consummate story teller and concise distiller of information, getting to the heart of a story in three succinct pages. One can open the book anywhere and have a satisfying read. I treated the book as a box of truffles where I could pick and choose at will whatever pleasure suited me, knowing the whole box was too good to leave even a crumb behind.

The book left me hungry for more. There are a number of places I’d like to revisit after reading Mexican Kaleidoscope.  My travels with back story from Burton’s book would have made many of the places I had been to so much richer than they were when I was there. A few of the chapters made me regret places I hadn’t been to, and it stimulated my desire to return to Mexico to visit those areas I had overlooked.

Burton’s benign affection for Mexico brought back warm memories. In one of his chapters he writes about the birth of the Mexican railroad. Before reading Burton’s book, I hadn’t given much thought to the often stately railway stations that varied so much in style from place to place, and have since morphed into other uses or have been abandoned altogether. But I will never again be able to walk past one of these buildings without thinking of the rich history that they hold. The section brought to mind a train ride I had taken from Mexico City to the Yucatan in the mid-sixties. The journey was so rich in sensory experiences that the memory is still vivid. I remember the locals at every station plying their food and wares through the open train windows. The dining tables with their pristine white table cloths in the elegant dining cars made me think of art deco European cafés. But mostly, it was the terrain the track passed through that captured my imagination and fed the senses.

It’s a loss that the train ride to the Yucatan no longer exists, though the history of its recent transformation interests me. Burton writes that Jalisco is reconstituting 75 miles of former rail routes as Green Route Trails for hikers and cyclists. The tracks of the Mexico railroad were built through beautiful country, places that the highways haven’t been able to duplicate, so I imagine these newly opened trails will pass through much of Mexico’s natural beauty.

If I had the stamina of my youth, I’d be eager to hike along those trails, remembering how the vegetation grew wild along the tracks, reminding me that Mother Earth still had the upper hand in Mexico. It’s sad that the railroad has lost out to the airplane – so much lost to the senses. Behind the exotic train ride that I had taken are fascinating stories intertwined with the history of the country, and they make for good reading in Mexican Kaleidoscope. Had I read Burton’s book 50 years ago, I would have gotten so much more out of the journey I took.

Mexican Kaleidoscope not only tackles historical events in a unique and refreshing way, it also brings in fascinating and colourful characters that have left an indelible imprint on the culture. For instance, the cross dressing maid Conchita Dorado who gave an appropriate meaning to the concept of alternative reality long before Donald Trump picked up the torch, though in the case of Cohchita, there was subtle wit and an owning up of dastardly deeds to dull whatever damage she might have done.

Another fascinating character was Eulogio Gregario Clemente Gillow y Zavalaza, the first Archbishop of Antequera, so different from Conchita Dorado, but just as individualistic in his ability to shift perception. These personalities as well as the Mexican violinist Julian Carillo who changed our perception of musical notation, and the painter known as Dr. Atl, who did the same for art, are given their due in Burton’s book. They are so representative of the out-of-the-box thinking that has always defined the Mexican people and the creativity inherent in the culture.

Though Burton’s book is filled with fascinating tidbits of history, I liked the fact he also touched on current concerns, especially where it affects the Tarahumara and Huichol people. The Huichol, a tightly-knit community held together by their strong spiritual beliefs and cultural isolation, are at risk of losing their rich heritage through integration with the outside world. Their creative work, an integral part of their spiritual world, has undergone commercial deterioration due to its popularity with tourists. I’m fortunate to have several works of art done by the Huichol from a time when the culture’s creative output was less commercially driven. They are powerful and uplifting, and I never tire of them. I appreciated Burton mentioning where authentic pieces are available for purchase, and encourage people to pay the asking price so that the work can maintain its integrity. As for the Tarahumara, it’s heartening to know their voices are finally being heard in the Mexican courts, though the fight for their rights has been ongoing for a long time and still has a ways to go.

On a lighter note, a perusal of Burton’s book will enlighten you on the number of lives of a Mexican cat and give you insight into the country’s whistling tradition as well as a slew of expressions that have no equivalent in another language. I was especially intrigued to learn that one of the world’s best known popular songs, translated into 20 languages, was written by a Mexican woman, Consuelo Velasquez, long before women’s liberation.

I also enjoyed reading about Mexico’s early cross pollination with the black and Filipino population. I had wondered about the origin of certain words as well as certain food stuffs, but now have a better perspective of the cultural evolution of the country. There are also hints that Romans may have had contact with the country long before the coming of the Spaniards, and they too, have left their footprint, or more literally their imprint as seen on the bricks of Comalcalco’s pyramids in the coastal plain of Tabasco. The Mexicans have taken the best of many countries and incorporated them into their culture, and have still managed to keep the flavour of their indigenous roots.

Last but not least, I want to offer a word of appreciation for the drawings by Enrique Velazquez scattered throughout the book. I’m already familiar with his work and still have a reproduction of a watercolour painting he did of my home in Ajijic many years ago. I arrived too late to buy the original, the piece having been purchased on the spot by someone renting my house when I was in Canada. I still regret its loss. Seeing the work of Enrique Velazquez in Tony Burton’s book brought back some good memories of the years I had spent in Mexico. He was an excellent choice for the artwork in Mexican Kaleidoscope.

Tony Burton’s book is a celebration of Mexico. It’s written with a genuine love and appreciation of the country, making it a delightful treasure for anyone who has fallen under the spell of its rugged mountains, vast deserts, lush jungles and cultural diversity. Aside from what it has offered me as a sentimental journey into a culture where I’ve spent a good deal of my life, it is a keepsake for my next trip to the country. Mexican Kaleidoscope is an easy to carry travel guide to both known and lesser known places. Unlike travel books that are mainly an overview of “how to navigate” this is a book of “how to appreciate.” 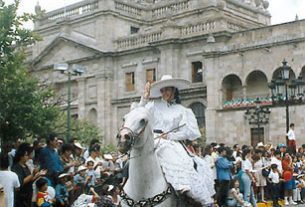 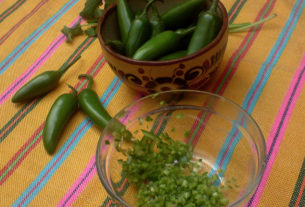 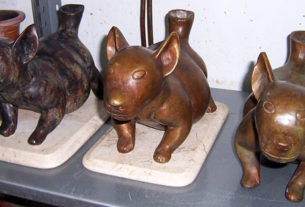