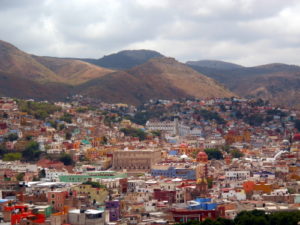 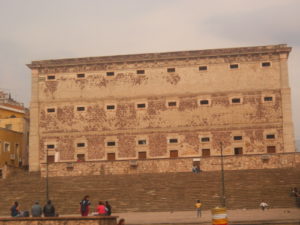 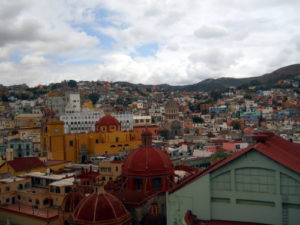 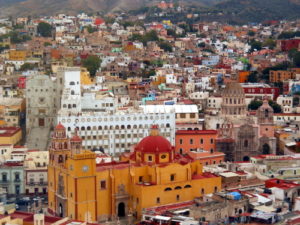 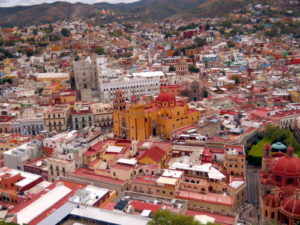 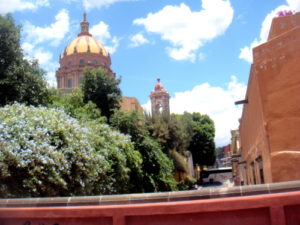 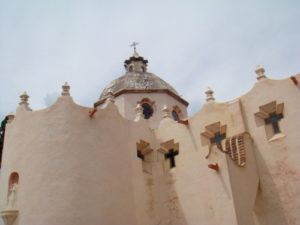 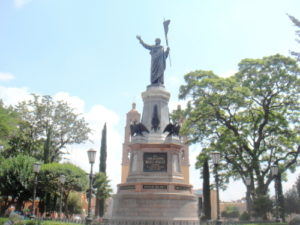 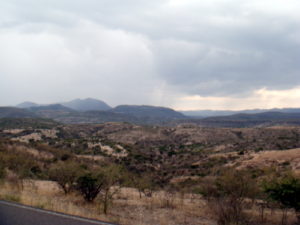 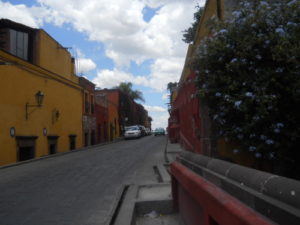 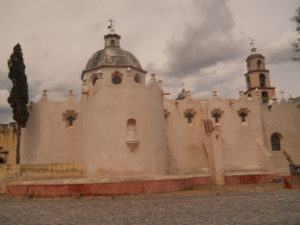 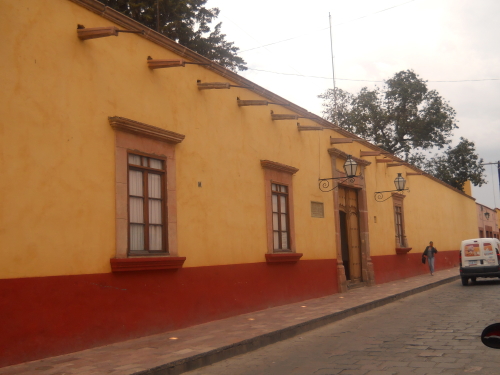 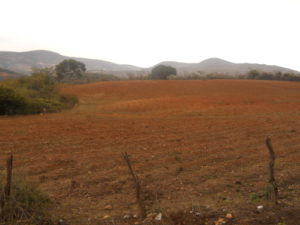 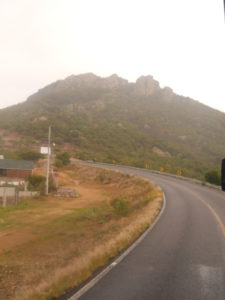 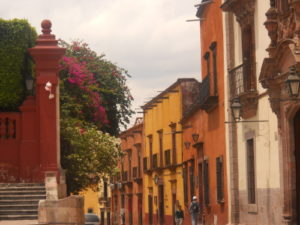 And the roads of his homeland, the central Mexican state of Guanajuato, do indeed pass through cities, towns and landscapes worthy of exploration.

The standard version of the song mentions León, Salamanca, Dolores Hidalgo, Santa Rosa, the Sierra of Guanajuato and the statue of Christ on the Cerro del Cubilete. Another version also mentions San Miguel de Allende and San Felipe.

José Alfredo’s song evokes sadness and weariness of life, a life that begins and ends in weeping, as the first stanza declares. The singer repeatedly sings that “la vida no vale nada”– “life is not worth anything”.

The second stanza tells us that in León, “la vida no vale nada”.

The third stanza implores the road to not take him to Salamanca, where he was wounded. In what way was he wounded? The song does not say. Yet the song is also affirming.

The fourth stanza refers to the common people’s identification with the statue of Christ at Cubilete, “consolation of those who suffer”.

In the final stanza of Camino de Guanajuato , Jimenez asks to stay in the city of Dolores Hidalgo, where he was born in 1926. There, in his hometown, the songwriter was later buried, in 1973.

Thus, Camino de Guanajuato combines bittersweet sadness with love of one’s origins, the familiarity of the hometown and home state. Jose Alfredo claims status as a native son of Guanajuato and wishes to return. For the listener, the song also calls attention to a Mexican state whose roads and towns are certainly worth visiting.

Quibbling over the exact center of Mexico, while an interesting mathematical exercise, would do justice to none of its claimants and would miss the whole point. Suffice it say that Guanajuato is definitely in the heartland of Mexico, both geographically and culturally.

With 11,818 square miles of territory, Guanajuato is about the size of the nation of Belgium or the Spanish region of Galicia. Guanajuato State is a couple thousand square thousand miles larger than Maryland or Vermont. Prominent cities include Guanajuato City (the capital), León (the biggest city and seat of the Catholic bishop), Celaya, Salamanca, San Miguel de Allende, Irapuato, Silao and of course José Alfredo’s hometown Dolores de Hidalgo.

The historical development of Guanajuato was distinct from that of the Mexico City region. When the Spaniards arrived, most of the territory currently forming the state of Guanajuato was part of neither the Aztec Empire nor the rival Tarascan (Purepecha) empire. Only strips along the edges were parts of those empires.

The name Guanajuato itself, referring to both the state and the capital city, derives from the Tarascan (Purepecha) language, meaning “mountainous place of frogs.“ Indeed, there is a geological formation in the mountains near Guanajuato City which, if you look at it just right, resembles a frog. It worked for me. The frog is said to have symbolized wisdom in the Purepecha culture.

The Spaniards arrived in the 1520s, and having discovered major silver veins and other minerals, began mining. The great mineral wealth found there made it possible for the Spaniards to construct such an architectural jewel as Guanajuato City. In the early 19th century, Guanajuato was part of the region in which the movement that developed into the Mexican independence movement began.A century later, the state was a battlefield of the Mexican Revolution.

Guanajuato State is the home of prominent Mexicans as diverse as singer-songwriter Jose Alfredo Jimenez, artist Diego Rivera, actor Jorge Negrete and Vicente Fox, President of Mexico from 2000 to 2006.

Guanajuato’s countryside has mountains, valleys, forests and farmland and pastureland. My family and I took a one-week visit to the state, traveling by bus. Our trip along the “Camino de Guanajuato” took us through the famous cities of the state, and some not so famous, as well as up the hills and down the valleys, and by the fields.

We arrived to the bus station of Guanajuato City, where we took a bus to San Miguel de Allende and spent a couple of nights. San Miguel de Allende is a colonial gem which is home to a sizable expatriate American/Canadian colony. The city’s plaza is known as the Jardín, and stands before the impressive Parroquia church. The inside of the church is from the colonial era but the iconic facade, the front of the church, was designed in the 19th century by self-taught Indian architect Zeferino Gutierrez, said to have designed it by sketching on the ground. (Gutierrez also designed the dome of the Concepción church, also in San Miguel).

Right off the plaza is the home of Ignacio Allende, a military leader in the early-19th century insurgent movement, and the “Allende” namesake of the name “San Miguel de Allende”. Besides its famous buildings, just walking the city’s cobblestone streets and soaking up the atmosphere is worth the time spent. A short bus ride from San Miguel took us to Atotonilco, a small town famous for the artwork in its colonial era church, which has been called “the Sistine Chapel of Mexico” and even the “Sistine Chapel of the Americas”. (There’s also a church in neighboring Michoacán state called “the Sistine Chapel of Mexico, see this Tony Burton article here).

After a few days in San Miguel, we took a bus to Dolores de Hidalgo, the hometown of Jose Alfredo Jimenez. The church of Dolores Hidalgo is where the priest Miguel Hidalgo called the people to action in 1810, in a movement which later developed into the independence movement. The church where Hidalgo called the people to arms , the plaza with its different types of ice cream, a couple of museums and the house of Hidalgo are all near each other and within walking distance from the bus station, which was convenient for us.

From there we took a bus to Guanajuato City, the capital of the state. Guanajuato City’s colonial downtown, constructed centuries ago, resembles that of old Spain. In colonial times, the mines here were producing a significant part of the world’s silver. It was the silver that financed the massive building projects which included churches, and the massive Alhondiga. This latter building, built at the end of the colonial period as a corn storage facility, was soon used as a fort, later served as a prison, and is now a museum.

Just walking the streets of Guanajuato City is an experience in and of itself. Some streets are blocked off from automobile traffic, and that’s a good thing. Prices are reasonable and the city has a laid-back atmosphere.

After departing the capital city by bus, we spent some time in the bus station of Leon, a city famous for its leatherwork.. There is much more to see in the state of Guanajuato, but I felt our week-long visit was a good one. The best way to experience the state of Guanajuato is to follow its camino, of which José Alfredo Jiménez sang, and see what there is to see.