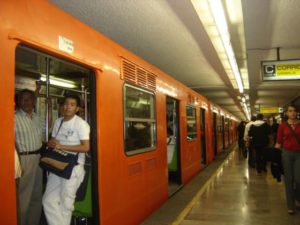 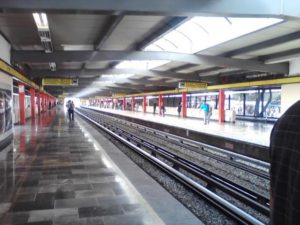 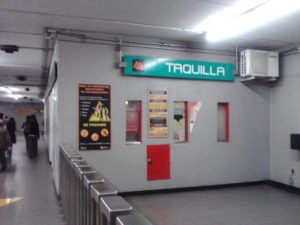 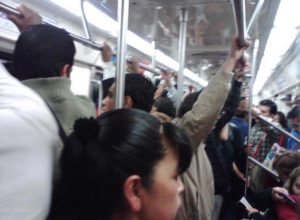 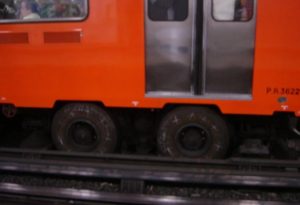 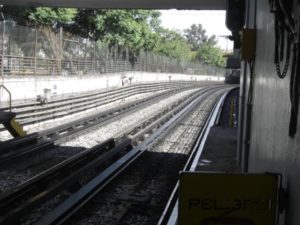 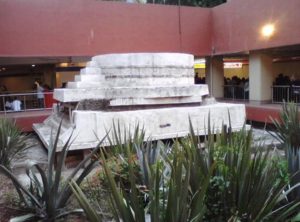 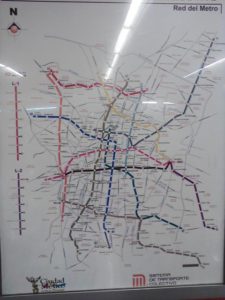 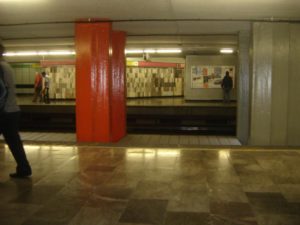 For big cities worldwide, transportation is a major issue. Regular streets, avenues and boulevards may not be sufficient for growing traffic levels, so new streets are constructed, old streets re-routed, and mass transit systems established.

Since 1863, when the first subterranean railway was opened in London, many cities have opened completely new transit routes by putting subway lines below street level. “Rapid transport systems” are self-contained train networks which are separate from other traffic routes and can move passengers rapidly. Such networks may run trains underground, on street level or on elevated trains, within the same system.

Mexico City is one such urban area with a rapid transport system, known as the Metro, short for the Metro de la Ciudad de México in Spanish, or officially, Sistema de Transporte Colectivo.

Mexico City’s Metro moves millions of passengers daily. It is the largest such system in Latin America and the second-largest in North America, after that of New York City.

For Mexico City, the need for such a system was apparent by mid-twentieth century, when downtown traffic made it actually slower to drive than to walk, and the Metro was opened to passengers in 1969. It originally consisted of just one line, accessed by 16 stations. The Metro has been expanding ever since. Officially, there are 195 stations, but if you study the list of stations on each line, you see that stations on intersecting lines are counted twice, thrice and once even four times. Thus there are actually 161 distinct physical stations on the Metro.

That twelfth line was officially opened on October 30th, 2012. The opening ceremonies included a ribbon-cutting and initial rides by dignitaries.

The new line is a timesaver for many. Consider that traveling from start to finish of Line #12 would take 2 hours on the street, but only 45 minutes on the Metro.

Still, depending upon where they live, work or study, there are passengers who spend a lot of time on the Metro. Women have actually given birth in the Metro. A recent infant delivered in a Metro station was awarded free fare for life. I hope he remembers!

Mexico City’s Metro has 124.95 miles of passenger track. Most of it is in the Distrito Federal (Federal District) but part of it extends into the adjoining urban area of the state of Mexico (Edomex).

The majority of the stations (87) are underground, 52 are on the surface and 22 are elevated. The deepest station is 115 feet below street level.

Each station has a name

To ride the Metro, a passenger can buy tickets at the station, or obtain a rechargeable smart card, more efficient for frequent passengers. (To enter the Metro through a Line #12 station, though, passengers must have the smart card).

The Metro has more than 3,000 cars in use. The trains on ten of the lines use rubber tires, said to be better for Mexico City soil. The world pioneer of rubber-tired subways is the Paris Metro, which started using them after World War II. The Mexico City Metro was modeled on the Paris system, as were the subway systems of Montreal and Santiago, Chile.

Some advantages of rubber tires are a smoother ride, faster acceleration and braking, and less wear and tear on the rails.

The Metro is an efficient means of conveyance, but it’s more than that. It is also an economic, cultural and even archaeological space.

There are stores in the Metro, art exhibitions and a model of the city in Aztec times. There is even a small Aztec pyramid which was discovered during excavation of the Metro and simply left in place for viewing.

Besides the Metro, there are various forms of public transport in Mexico City including other rail systems and various types of buses, some of which have connections to the Metro. Passengers utilize the most appropriate conveyances based on their own convenience.

Since the first time I was even in Mexico City, I’ve preferred using the Metro. From a tourist’s point of view, I find it very practical, as the system has connections to the city’s biggest tourist attractions, which in Mexico City tend to be grouped in clusters.

In 2011, my wife Lilia and I took our children for their first visit to Mexico City. We did almost all our moving about by either walking on street level or riding the Metro.

For example, when we went to the Chapultepec complex we arrived via Metro, which has stations right next to it.

One day we visited the Teotihuacan archaeological complex north of the city. No, the Metro doesn’t take you there, but it does get you to Mexico City’s massive northern bus station, where we easily found a bus from there to Teotihuacan. We returned the same way, just in reverse.

Therefore, the Metro was very efficient for us as tourists. Nevertheless, we didn’t see other tourists on the Metro. All the other passengers appeared to be local metropolitan residents. And the cars were always crowded!

A convenient feature of the Metro is that a passenger pays a fare to get on the system, then can travel anywhere as long as he stays in the system. (There is one exception, a transfer at a certain station within the system requiring another fare, but we never needed that one).

To prepare for our family trips on the Metro, I copied maps of the Metro system. The Metro lines intersect each other at certain stations where you can transfer from one line to another through a passage called a correspondencia.

Millions of local passengers use the Metro daily, so it’s no big deal for them, but it was quite an adventure for us. Descending below street level, navigating the system, boarding a train in one station, arriving to another then ascending to street level… it was a fun experience!

So I developed a contingency plan to employ in the event that one of our boys got separated. In case that happened, everybody should just proceed to the next station and get off the train, where we would hopefully re-unite.

The good thing is we never had to use that contingency plan, but at least we had one.

And the next time I visit Mexico City, I hope to ride the Metro again!