I am in need of any and all information on or if it is possible for a USA citizen vs a USA citizen to obtain a divorce in Baja California.

Any and all info will be greatly appreciated.

Re: Getting a Divorce in Mexico

Sure, it’s possible for two US citizens to obtain a divorce from one another in Baja California. Whether it’s wise is another matter.

In the old days, before “no fault” or irreconcilable differences grounds became prevalent, Mexican divorces were popular because of the difficulty of obtaining a divorce in certain states. As a result, many Mexican “quickie” divorces did nothing more lighten the litigants’ pockets and fill them with the false notion that the marriage had actually been dissolved. Some of these divorces later were set aside because of lack of jurisdiction over the parties or lack of notice to the adverse party. Some merely terminated the marital status without deciding the parties’ respective property rights, fixing custody, or establishing support or alimony.

While dental care may be a lot cheaper across the border, and while certain pharmaceuticals may be more easily obtained there as well, Mexico isn’t the place to shop for an El Cheapo divorce. You’re very likely to end up not divorced at all, or at best, only “half-divorced,” and you’ll spend twice as much remedying that problem back in your home country.

Only if both parties are permanent residents in Mexico would it be advisable to seek a Mexican divorce. And in that circumstance, where there are assets located in the U.S. or in another foreign country, or where one party later might seek to enforce custody or support rights, additional legal work will be required back on your home turf.

By all means, consult with an attorney who practices matrimonial law in your jurisdiction.

This is not to be construed as legal advice, and no attorney-client relationship is created.

Re: Getting a Divorce in Mexico

I have never been divorced before so I don’t know from personal experience. I was married in Mexico to a Mexican citizen and that was no picnic. Had to obtain permission from the Federal government before we could get married. However it was worth it because we are still going strong after 33 years. I don’t know what the current situation is but it used to be very difficult if not impossible to obtain a LEGAL divorce in Mexico for non citizens. If you are going to attempt it then be very careful that it is done legally. There is a lot of paper work involved and it must be registered properly. There used to be places that advertised divorces but they were not legal. The people would fill out the paper work and then when they left, the paper work was thrown in the trash can. It was never recorded as required by law. Maybe somebody has more up to date information. Just be careful and make sure that it is done legally.

This is one of the things that I like about you Jennifer. You always consider the practical and legal ramifications first. It must be all those years of studying and practicing law.

There were no property considerations when we were married. Of course we didn’t have any property to worry about. We were married at the court in la colonia Tierra Blanca ( has since been renamed to Tierra Roja ) in Culiacán Sinaloa. By Mexican law, you must be married in court first before you can have a church wedding. The church service is religous only and has no legal standing. We had to send a telegram to the federal government in Mexico city requesting permission to get married. This is a requirement when one of the parties is not a Mexican citizen. We waited for a few weeks ( seemed like an eternity ) and finally received permission. The wedding then actually took place in the court with the judge giving us a rather long lecture. We then received a book from the court that detailed the responsibilities and obligations of a husband and a wife. The lecture ( must be in a loud voice ) and book were all legal requirements. That we received the lecture in a loud voice and the book, along with several other items were all listed on our marriage certificate which is rather long. I will never forget that day on August 10th, 1964 standing before the judge, and all of our witnesses and family, with sweat running down my face. Nervous, a little, hot, you bet. Anybody that has been in Culiacán in August in a non airconditioned office will know what I am talking about. I don’t know if any of this has changed very much. I personally found it rather fascinating. There is another rather interesting story. At that time you had to have witnesses when a birth was registered. Supposedly these are people that know the parents. I was a witness for two babies of people I had never seen before in my life. This took place while waiting at the court to receive some of our paperwork.

Re: When a foreigner marries a Mexican citizen

Do you really believe that you could find an attorney in Mexico that does that sort of stuff. Remember that Mexico is not the land of litigation and attorneys. Marriage is a union between two people in love, It is not a business transaction especially in a country that is so romantic and not at all practical. That is not to say that an agreement would not be the prudent thing to do. Mexicans are certainly not known for their prudence. It is just that I can’t visualize an agreement of that nature among Mexicans. I know that if I had suggested such a thing to my wife, than we would have been history. That would be an insult that I would question her word such that that I needed a legal paper to protect myself. Mexicans just don’t operate that way. Remember that I do business there and one thing is that attorneys are not used like they are here. A lot of business is conducted on a handshake and is not protected by legal beagles. That is why it is imperative that you know who you are dealing with and take measures to protect yourself. Legal recourse through litigation is almost unheard of.

Now I do have a question. Even if you had such an agreement wouldn’t the laws of the state where you live have some effect? For example, I was married in Mexico but we live in California. Wouldn’t California’s community property laws take effect? As far as I am concerned I don’t really care. Property rights and all those things mean very little to me. The only property rights that I am concerned about are protecting me from the government. Losing some property or money isn’t going to bother me particularly. Certainly not as much as losing my wife would. I can always go out and make some more money. A good spouse is not easy to find. So I will leave the property agreements to the attorneys.

Divorces in Mexico, not such a great idea…

I enjoyed your response, John.

When it was time for my divorce I decide to get it done in the U.S for a variety of reasons.

First. since I had been married in the U.S the first thing I would have had to do is to get all my paperwork (marriage certificate, birth certificate, etc.) translated, certified, etc.

Then the divorce involved a one year wait.

My husband returned to the U.S. and filed there and it was done quickly, easily and relatively painlessly, as divorces go.

If I had it to do all over again, I would still have it done in the U.S

This is not meant to be construed as anything other than what it is which is just another story from me. 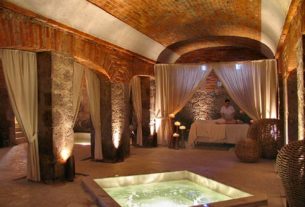 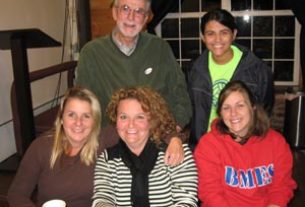