Many readers of MexConnect have discovered these illuminating words by Octavio Paz: “In the United States the word death burns the lips, but the Mexican lives close to it, jokes about it, caresses it, celebrates it, sleeps with it, it is his favorite toy.” Those words are echoed in the translator’s (John Oliver Simon’s) introduction to Ghosts of the Palace of Blue Tiles, by Jorge Fernández Granados:

“Almost untranslatably, poet Gabriel Favela told me… over strong margaritas, ‘Nosotros los mexicanos tuteamos a la muerte. Ustedes los gringos le tratan de Usted.’ We Mexicans speak to Death in the familiar voice, warmly, as if she were a member of the family. You gringos talk to her… as if to a stranger, with cold respect and fearful distance.”

Jorge Fernández Granados, the author of the nine poems in this latest Tameme chapbook, won Mexico’s Aguascalientes National Poetry Prize for his collection Los hábitos de la ceniza, which Simon translates as “the trappings of ash.” The poems in Ghosts of the Palace of Blue Tiles were selected from that volume.

Although the poems are delivered to us through a conversational voice, the images are often striking as the ordinary becomes something not-so-ordinary after all, a world filled with mystery, with death and with what-is-not-death, with language itself caught up in the mystery and itself a mystery and at the same time a “light” although the poet “tested the limits which keep and sustain/that light.” (“The Window”)

As with much contemporary poetry, I find myself liking some lines and stanzas and wanting to cross out with a pencil other lines and stanzas that for me weakened the central energy of a particular poem. Nevertheless, there is a lot to like here. Let’s look at one of the poems, “Grandma.” It begins, “I will look for you, Grandma, in cornfields of hail.” The poem itself becomes a monologue to the apparently deceased but still very present Grandma.

In the second stanza, the poet writes:

You’d like to see the ocean, Grandma, you’d like
to get up before the dawn, with swallows,
in a place where we’ll be the children
of your first children
feeling the same sap
which filled your lips when you were young….

And he then asks, “Why are we made of death, Grandmother?” and only a couple of stanzas later, “Where were we before being what we are?”

Toward the end of the poem he asks,

What more can cure us? Your faith in chamomile,
those nights when the Devil seeks a soul
and the body is a riddle of ashes.

The final stanza begins with the announcement, “We have no achievements, Grandma, only memories…” and it concludes with these wonderful lines:

We have nothing more than these eyes
which count wings in the air
and tremble in the night, the mundane
treasures of light, bread and memory.

In “The Apprentice” the poet is still trying to reach through language what he knows can not be “reached” at all but nevertheless is “there”…”an overflowing splendor/is the only guest in this house,” a house where the poet is “a creature of my own ironic labyrinth,” and where what he wants to find are

stories on the shore of things
which can no longer be reached
by my favorite, too abstract words.

In this house of bodies and angels and demons and monsters and misunderstandings finally there are “only people,” although they are all “mysterious” people. In this house, “The dead construct the living./The living who converse with the dead.”

Maybe this is my only true place.
Nothing is hidden.
The fog is a question of eyes.
It’s tiring to speak.
It hurts to think.
And what I love is born and fades
like this afternoon light.

How far we must go
to find the key
to our own house. 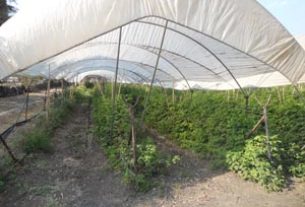