“It’s this heat… this heat… that scorches every cell of my body that kills me about this place,” the Texan says while sipping his drink. “I’m going to be a linguistic genius with that phrase ‘Hace mucho calor’ [It’s very hot] before I leave Carmen.”

Located on the Gulf of Mexico off the Yucatan peninsula, lies the remote island-city called Ciudad del Carmen. This former fishing village was transformed in the mid-1970s when the Mexican oil company, PEMEX, discovered a wealthy supply of petroleum just off the Yucatan coast. Mexico’s richest industry pumped a new class of sophistication, services, well-stocked stores and big buildings into the city located in one of the country’s poorest and most undereducated states, Campeche.

As furious as Foreign criticism flies, Domestic retaliation comes back with equal fervor. “Those invading Christopher Columbuses are unappreciative of the land that’s feeding them,” they complain. Carmelitas vent their frustration by acting just plain rude to the uninvited visitors.

The separation between groups occurs not only mentally but physically as well. Most foreigners live in colonies that contain swimming pools, tennis courts, and spacious well-guarded housing supplied by PEMEX or other related companies. It looks even more luxurious in contrast to the tropical, shabbily-constructed Domestic housing which deteriorates swiftly from sea-air exposure. Domestic Housing looked brighter in its Pre-PEMEX days, however. A faded annual tradition of painting houses bright colors livened up Carmen’s architectural personality.

But whether the architecture is of foreign or local persuasion, nothing can stop nature’s forces from permeating every Carmelita crevice. Lushly spread throughout the island, fuchsia bougainvillea petals, bright yellow-red mangos and café colored coconuts sit upon their respective emerald, lime, olive, or hunter green foliage. Only the hot, white-yellow sunrays saturate the island beyond the flora. Together, the two elements make photosynthesis the most active activity going on in Carmen.

“The sun beats you up here,” the Texan says. “I used to joke about the Mexican siesta. But sleeping on a breezy hammock in the early afternoon is the only way you can beat the sun.”

Along with the heat, water defines Carmen’s culture. Constructed in one of Carmen’s busiest intersections, a 30-foot, steel, erect, shrimp water fountain represents the surrounding prolific aquatic life…or former prolific life. People say that over-farming (mandated by the federal government) depleted some of the marine life. Oil leakage also contributed to the problem. While a good living can still be made from these waters, former rich Carmelita fishermen aren’t as rich as before – especially in comparison to ultra-wealthy foreigners.

Changes like these remain the prime reason Carmelitas show so much hostility to the outsiders. “Carmen was paradise before the foreign invasion,” Carmelitas angrily say. Seclusion was a way of life for them as well. The Yucatan peninsula itself has a history of being an entity disconnected from Mexico, and Carmen was even more isolated. Its first bridge to the mainland was built in the early ’80s and it took a sinking ferry (killing most on board) to initiate this action. Foreigners can’t understand how life before their “civilization” could be construed as paradise.

“You have to go to that ugly little city?” PEMEX employees frequently hear before taking off for the outpost town. The polished sophistication of Mexico City often doesn’t mesh well with Carmelita casualness. Many high-paid engineers and executives prefer taking the one-hour flight home on weekends rather than moving their families to the simplistic Southern Mexican lifestyle.

It’s this simplicity that diverse peoples – Foreign and Domestic – dislike most about Carmen. Foreigners often describe local color as drinking beer at the beach, America-bashing, and gossiping. Lots of gossiping, intense gossiping. The Carmelita gossip chain links so tightly that you forget that Carmen has a population over 175,000. Socializing serves an important ingredient in this tropical-Latino culture. Parties, dancing and festivals are of utmost recreational importance, providing fertile field for gossip seeds.

Foreigners also describe staring out into space as a popular Carmelita recreation. “We like to call those folks Carmelized,” the Texan notes. “The heat and the lack of intellectual stimulus seems to put people in a trance. It’s like they’re the ‘Stepford Mexicans.'”

Foreigners also describe Carmelita work activity as trance-like. For months on end, the Texan says that construction workers stay at a site digging a hole and piling the dirt into one area. Then they go back to the pile and shovel it to another area. “They’ve been digging ever since I got here six months ago,” he says. “And the weird thing is, there doesn’t seem to be any reason for a hole to be there in the first place.”

Unbeknownst to the Foreigners, many Domestics share the penchant for Carmen-complaining. “People complain about Carmen, and many move away, but they always come back,” one Carmelita passionately says. The ties that bind Carmelitas together don’t dissolve if they do move away. Often the drifters stay in such close contact that they know the latest gossip almost as soon as the inhabitants do.

One factor compelling stray Carmelitas to return home is the surrounding Gulf of Mexico waters, which cool hot mental and physical temperatures. Its tide softly laps up to the hard-sanded, sporadically oil-splattered beaches within the city. On clear nights, beach visitors can see the blazing lights from the offshore oil platforms, which lie about a mile from the shore.

“I don’t know why people have to go to Cancun or Acapulco, the beaches are just as nice here,” a Canadian who has lived in Carmen for seven years remarks. The Texan sympathetically shakes his head and says, “Carmelized, completely Carmelized. That’s what happens when you stay here too long.”

But the beaches do get better. As you ride on the main highway getting away from the civilization of the city, the water becomes bluer and the sand sandier. Only occasional dolphin-sightings interrupt the pristine beach quietness. Lining the highway, hundreds of palm trees reach to the sky climaxing merely to a halting stub. A while back, a strange virus (“derived from some foreign place,” locals say) swept across the Yucatan peninsula sucking up all palm foliage tops coming into its path.

Driving on this highway takes careful concentration and skill. Four years ago, the hurricanes, Opal and Roxanne, struck the Yucatan peninsula within a week and terrorized everything in their path. The highway hasn’t fully recovered yet.

And the highway is not alone. The federal government flooded the state of Campeche with disaster-relief money, but much of it was “filtered” by the governor before making its way to Carmen. Considering that homeowners insurance isn’t bursting from the seams, costly house repairs must wait. Two feet above household floors, water lines remain, and drowned stereos and TVs sit uselessly in corners waiting for a miracle. “I remember that Carmen got its 15 minutes of fame from those two hurricanes,” the Texan says. “The New York Times did a whole feature article on the hurricanes and Carmen was heavily mentioned.”

The Texan takes a sip of his agua fresca and moves a little under his palapa to avoid the breathless rays from the flaming beast above. His waiter tries to start a conversation with him. Not understanding, the Texan stares blankly back at him. 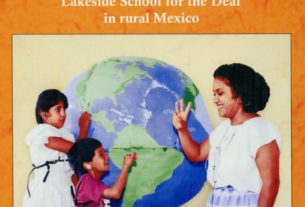 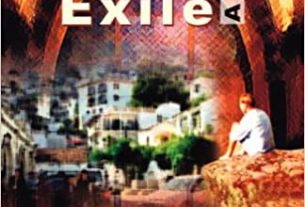