The popularity of the Mexican cuisine around the world attests to the tremendous variety of dishes coming from far and wide across our country. Love of Mexican food shows an appreciation not only for the constant process of search and discovery of the right combination of the ingredients, but for the great Mexican imagination.

The richness of our cuisine flows from our concern for the sensory experience of eating, for we know that the taste, smell, and look of food can enrich an inspire the spirit. It is often said that “cuisine is culture”, and to understand the development of Mexican cuisine it is important to know something of the history of Mexico. In the pre-Colombian period, the diet of Mexican ancestors was purely native, with nutrition based on the great product of Mexican agriculture, corn. When thrashed and boiled into a “pozole”, the corn could be made into flavorful tortillas and tamales, or rendered into flour for other variations.

The diet of corn was supplemented with vegetables and meat. A great variety of spices, known as “chile,” could be combined with sweet potato, beans, squash, “chayote”, and “jicama”. Early mexicans also relied on herbs such as “los quelites”, “quintoniles”, “huazontles”, and a wide range of mushrooms. Indigenous wildlife such as deer, rabbits, armadillos, raccoons, “tepezcuintles”, and birds such as turkeys, pigeons, and quails could also be served. Even turtles, snakes, and frogs could be made to complement the native American plate.

After the Conquest and during the colonial period, the country’s cuisine changed dramatically with the culinary influences brought along by the Spanish. With the conquistadores and their descendents came a taste for “cebada” , for rice, olives, wines, spices from India, beef, and different kinds of fruit. Today’s Mexican cuisine is a blend of the original Indian fare with the Spanish.

Some of the greatest innovations in Mexican cuisine came from the inspiration of nuns, among whose activities were to cook for the monks and priests. In great feasts held in the honor of the Viceroy, the nuns of the famous convents in Puebla, Michoacan and Oaxaca attained brilliance in traditional bakery. The nuns developed many new pastries and covered sweets, including “natillas”, “jamoncillos”, “cajetas”, and “buòuelos”. The most famous of the nuns creations is the spicy “mole poblano” sauce born from the “mulli” a typical sauce of the “nahuas” which combines a variety of “chiles”. For a dinner to receive a new archbishop, one of the nuns of the Convento de Santa Rosa de Puebla decided to alter the “mulli” by adding other seasonings such as chocolate, peanuts, sesame and cinnamon just to reduce its overwhelming spicyness.

During the 19th century, mexican woman played a profound role in domestic life. To be a good women in Mexico means to have a profound knowledge and great skill in preparing the cuisine. The imagination, talent and gift for improvisation of the women of that period contributed much to the recipes which have been handed down to us. The demand for their delicious dishes around the world is a testament to them.

Mexicans are very proud of our cuisine; to us, it gives a sense of unity and identity everywhere in the world were we meet.

The above article is reproduced with the kind permission of the Consul General in Austin Texas.

Published or Updated on: February 4, 2007
Share This:
Tagged cuisines history 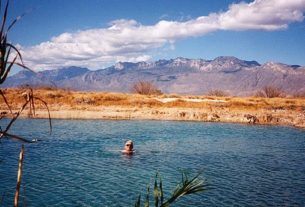