From the late 17th century and throughout the 18th, Castille soap was the reigning soap of Europe. It surpassed even the French soaps that, at their peak, were considered supremely prized elements of the wealthy person¹s toiletry.

The formula for Castille soap was a highly guarded secret in Spain, primarily because of its financial viability but also because the formula originally came from Mexico.

The original formula utilized Mexico¹s excellent coconut oils, but Spain¹s lucrative interpretation substituted animal fats. Even with this replacement, the Spanish recipe produced a durable soap that was pleasing to the touch, sweet smelling and gentle because it did not include lye.

During the 18th century a Spaniard by the name of Pagés stumbled upon the manufacturing process of the profitable soap. He immediately left Spain after securing all manufacturing rights with the intention of introducing the soap to the native Mexican only to find that “New Spain” already knew the formula.

Recovering from his initial shock, he nevertheless proceeded to manufacture Castille soap in Mexico using coconut oils instead of animal fat. To his delight, he found that he could make it less expensively in Mexico while using premium ingredients. From then on, he was able to re-introduce this superior soap to Europe where it became the staple of well-heeled Europeans.

Although Castille soap relies on its earlier reputation of being a product of Europe, it is more correctly a product of Mexico and another one of the gifts Mexico gave to the world.

This Did you Know provided by Teresa Kendrick 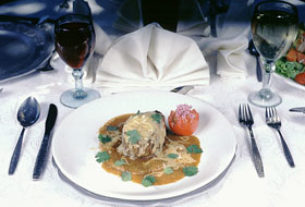