A key tool for understanding cultures is examining how people communicate with one another. The kind of topics people bring up in conversations often reflects the themes considered important by their culture. Likewise, the manner in which people speak often reflects cultural values. For example, people from the mainstream United States use a concise language in work situations, since the culture emphasizes pragmatism and the belief that time is money. People in Mexico use longer sentences, because the culture values elegance and expressiveness to a higher degree.

Take, for instance, eye contact and eye movement. In the U.S., you are supposed to look a person in the eye when speaking, because this is what tells the speaker you are paying attention. But in many other cultures, including Mexico, looking straight in the eye (and I mean in the eye) can be considered aggressive (especially among men) or flirtatious (between women and men). You look at the person near the eye, but not in the eye. Sometimes, Mexicans may even respond to the direct eye contact by looking even further from the eye. At this point, Americans often think they are not being heard, or that the other person is displaying a strange and excessive amount of submissiveness.

A colleague of mine who lives in Miami teaches Cuban women who are searching for jobs to stop “dancing” with their eyes (avoiding eye contact) when they go for a job interview. “When they dance with their eyes, Anglos think they are not focusing and/or are crazy,” she explained to me. Many of her students find breaking this habit extremely difficult, because as one of her pupils said to her, “I hear with my ears, not with my eyes.”

Another example of non-verbal communication is the strength with which you shake hands. In both Mexico and the United States, especially among men, shaking hands firmly is considered a sign of assertiveness and of being a “go-getter.” But in other cultures, among Native Americans for example, this form of shaking hands is considered aggressive. They shake hands very softly because in their culture when you shake hands you are passing your soul to the other person, and this requires a gentle touch. It does not demonstrate a lack of “character” or “assertiveness” at all, although that is precisely what Westerners would interpret from it.

The distance kept by people when they are together is also an indicator of culture. In the U.S., people keep a greater distance from one another, probably reflecting the need for individual/private space, and in Mexico people get closer, probably reflecting the need for closeness with other people. This difference of distance is actually a matter of inches, but people feel extremely uncomfortable when their preferred distance is not being respected by another person. The next time you are at the Mexico City airport, observe how people behave while standing in line. People from Mexico will move fairly close to the person in front of them, and if that person happens to be American or Canadian, he/she will move up a few inches, and the Mexican will do likewise, in a kind of spontaneous dance.

These are just a few examples of how cross-cultural communication breaks down through our silent language. So the next time you try to impress someone with a firm grip and steady stare, make sure you’re reading the silent signs correctly. 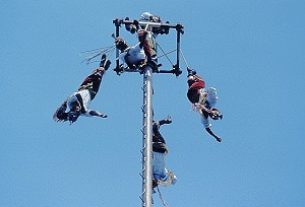