More and more people are holding jobs that do not require commuting. Various positions in the publishing industry, such as writers, for example, do their work at home (or wherever they wish) and simply send their production over the internet – in a word, they “telecommute.” This makes a great deal of sense from a business perspective. A company that has, say, 20 percent of its workforce working away from the office does not have to pay for a large office space.

What about the people who telecommute? Do they like it? According to recently published studies, many find it an ideal solution. Some report that it helps them with managing their personal lives (taking care of children) and their professional goals, since so much time is saved by not having to physically commute. Telecommuters have also reported higher productivity levels. The need to prove their at-home diligence to their in-office counterparts often results in longer working hours. Others find it exciting because they do not have to see people they can’t stand in the office (including their boss!). Their one general complaint is that, by being physically absent from the office, they “lose touch with company politics” and are more apt to be overlooked for new projects and opportunities.

As technological advances reach other places in the world, we will see more and more “cyber” employees, consultants, and vendors. This will probably be a prevalent feature of international business, since the physical movement of people is both expensive and cumbersome.

Yet I wonder if managers are at all trained to manage telecommuting, and if they can let go of the mentality that the fundamental role of management is to control people, rather than understand management as an activity of controlling processes.

During an interview with Francisco Hinojosa, a well-known writer specializing in children’s books and short stories, I encountered a good example of a manager wanting to control the people rather than the process. Hinojosa was recently offered a job in a major publishing house in Mexico City. They had agreed on the money and the work that was expected. However, Hinojosa said that he wanted to come to the office once or twice a week, since he lives in Cuernavaca – 45 minutes from the capital – and the bulk of the work did not require him to be physically in the office every day.

He soon received an answer: “They told me that they knew I could get the job done, but that, if they accepted this condition, it would contaminate the rest of the people.”

Well, I say, let them be contaminated! Telecommuters save money for companies. Obviously the company’s response was only an excuse. Many managers still feel uneasy about not “seeing” work done, even though there is evidence that many people who telecommute are more productive than their in-office counterparts.

Not only can telecommuting be more productive, it does not have to be the “lonely” experience that some people fear. For instance, a friend of mine who works as a travel writer for Lonely Planet, an Australian-based publishing house specializing in travel guides, says that his experience as a telecommuter has been great.

“Even though I have not met many of the people I work with, I actually feel I know them,” he says.

He attributes this to the organizational culture that makes it possible for people to feel connected with each other, without ever meeting face-to-face.

Although managers may not be comfortable with managing a workforce that is out-of-sight, it is clear that the advantages of telecommuting – lower operational costs, high productivity, and the flexibility it allows employees – make it a trend worth getting used to. 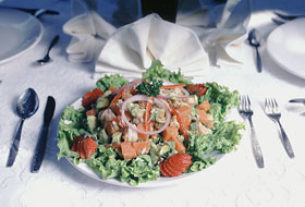