Even when a manager and subordinate share social experiences in the United States, this does not mean that when it comes to work, those social contacts should make any difference at all. This can be very confusing for most Latin Americans. For example, a friend of mine from Chile was hired by someone he knew in college to work at a large U.S. company.

“I had been working for a year when I got this long evaluation from him, in which he severely criticized me in various aspects of my work,” he said. I went to him and asked him why he had not told me about this before, and especially why he was so sharp in his criticism. He told me that it was nothing personal. But to me it was very personal: He was criticizing my work, therefore he was criticizing me!”

Although I do not know my friend’s boss, it is extremely likely that he meant what he said. He may very well like this person, but that is a separate issue. Indeed, when he is criticizing an employee, he does not mean that he (or she) is a bad person, he simply means the work is not satisfactory.

When Latin Americans take offense to criticism, they are often viewed by Americans as being “too sensitive.” This is especially true of Mexicans, who view protection of personal pride as important at all moments and in all aspects of life. In my experience, what really bothers Mexicans is the notion that you can criticize and expect the other person not to take it personally. This so-called sensitivity makes many U.S. managers feel that Mexicans are not tough enough, that they simply can’t take criticism well.

Mexicans can take criticism just as well as anyone, as long as some cultural rules are respected. First, because criticism will be taken personally, care in the choice of words and manner of offering criticism is important. Secondly, it’s necessary to insist on defining the conflict as free of any personal feelings. Despite the fact that Mexicans often take the criticism personally and will respond as such, this does not mean that they can’t handle it. The person being criticized will most likely challenge not only the content of the criticism, but its purpose as well, and this is usually difficult for non-Mexicans to understand.

“Are you criticizing my work (and therefore me) only on the basis of the quality of the work,” a Mexican may often wonder, “or does your criticism reflect some general animosity toward me?”

Answering this question (often not stated, but implied) is important. To do this, you must not come across as disrespectful or unappreciative of the work the employee is doing. Start by first providing some positive feedback, and then moving to the criticism you want to make. Begin by saying positive things about the person, and then suggesting changes in the work.

Case in point: A year ago I was hired to train mid-level Mexican executives on how to prepare concise and clear reports for U.S. managers. Before I would suggest corrections on their work, I would start with something like, “I know you are dedicated, and this report obviously shows a lot of effort. Now let me show you ways in which this report will be read and appreciated even more when your superiors in the United States read it.”

Even if I had them do the entire report over, I never experienced any difficulty or resistance from the students. Had I simply gone straight to the corrections (which were often numerous), they would have probably felt hurt, and most likely would not have appreciated or learned from my coaching. For those managers who believe that their criticism is never personal, they may find this is a good moment to think about it. There may be times that, like it or not, their criticism means something more personal than what they intended. 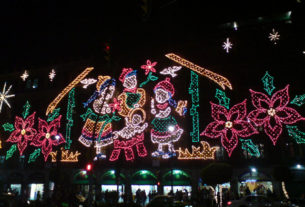 Beans in their own broth: Frijoles de olla