Last week my good friend celebrated her sixtieth birthday with a once-in-a lifetime street party near Six Corners in the Village of Ajijic. Linda moved here four years ago after a thirty-four year career with the New York City Board of Education on the Upper West Side/West Harlem in Manhattan. She was a real city girl, headed towards the lights of Guadalajara when she stopped to breathe the fresh air and listen to the sounds of Ajijic. She never reached Guadalajara.

Linda chose a home in the village on a street often used for parades and village celebrations. Her home is built around a courtyard. It is an old, Mexican style home, filled with treasures from various parts of Mexico. You have to walk through the garage to get into the house and you can’t get into the garage on the nights the lady across the street opens her doors to sell homemade tamales because the street is filled with parked cars.

Linda speaks fairly fluent Spanish from her many years of working with Latin children in New York and has made many friends in the local community.

At six a.m. on the morning of her birthday there was a knock on her door. The song says, “How lovely is the morning that we come to greet you…” The singers also brought the hot cinnamon drink called canela with just a touch of tequila to warm up the early morning. Everyone entered her home and stayed for an hour, singing, dancing and making merry.

When she began to plan her party, she didn’t know how to have one which would make both her foreign and Mexican friends comfortable — until she heard about another friend of mine in Jocotopec who had had a street party.

Plans began in earnest about two months before her January 19th birthday celebration. Originally she counted on about one hundred people. A week before the party, she planned between 250 and 300. She checked with our equivalent of the City Hall and got permission to close down one block of the street. The police offered to provide a guard for the occasion. Free beer, is what I’m sure they were thinking.

The company she bought beer from provided tables and chairs advertising their beer, of course.

The neighbors pitched in and hung paper decorations across the street above the tables. Offers to help with the food poured in from everywhere.

A Cuban friend provided Cuban black beans and rice, and other neighbors fixed up traditional Mexican beans and rice. Her maid put together a huge prickly pear cactus salad.

The food was delicious. Served with beer, spiked punch or soft drinks, we all ate and chatted and listened to the music, served up by a local Mexican disc jockey.

Linda declared: “I want salsa. I want dancing music. I want my guests to get up in the street and work up a sweat.” The music was sensational. It was wonderful to see children dancing with parents, Mexicans with Gringos, and everybody having a great time. The party started at six p.m. Folks came and went, but I stayed until the ultimate event.

Linda had ordered a three-story structure made of bamboo, called a castillo. Castillo means castle. The structure is covered with fireworks that, when lit, start spinning and shooting into the air. They light each other. After the four sides of the structure have performed their magic in the starry evening skies, the finale begins. The top of the castillo spins in a dizzying array of fireworks, causing the children to squeal with glee and run around under the spray, protecting themselves under empty cardboard boxes.

After dinner, the birthday cake was presented among cheers of Mordida! Mordida! I normally think of mordida as being what you pay the police when you don’t want a ticket. As she leaned over to bite off the corner of the cake, they pushed her face in to it. I guess there are always traditions to learn about. The part of the cake indented with her face was cut off and saved for her own personal use.

Linda served a hot canela (cinnamon) drink with the cake and the party was over about 10:30.

Of the 250+ folks there, maybe 150 were invited and, in the traditional Mexican way, those who were invited, invited their relatives and friends to come along and join in the fun.

It was a gala event and will be a difficult act to follow when I turn sixty. 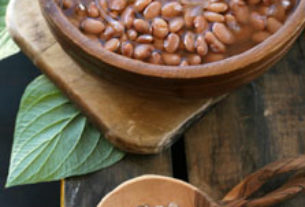 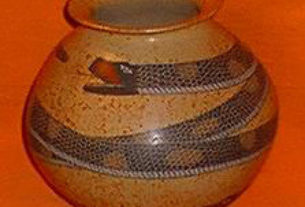