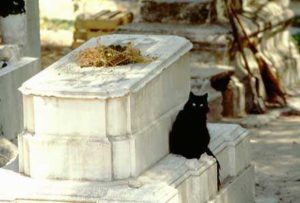 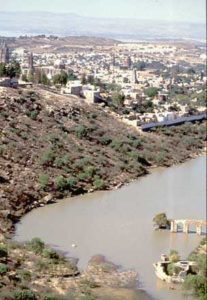 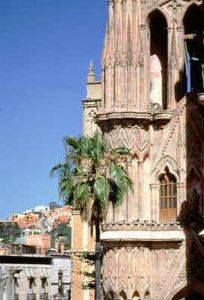 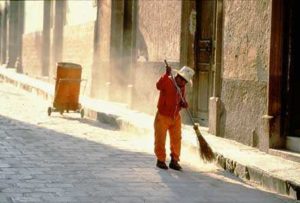 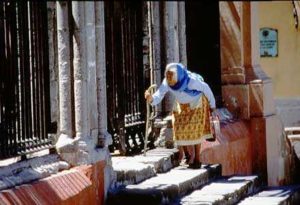 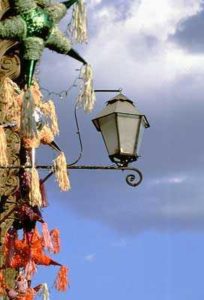 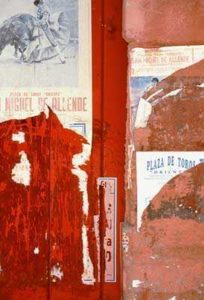 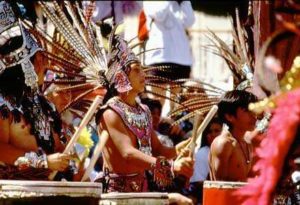 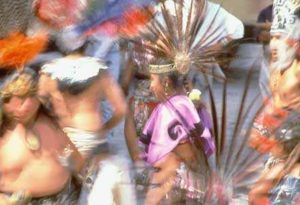 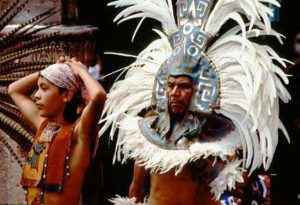 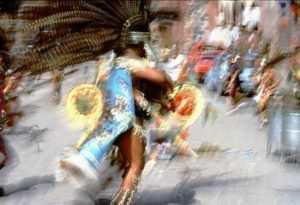 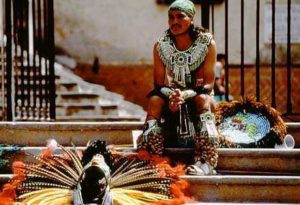 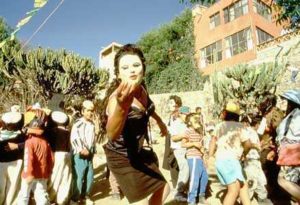 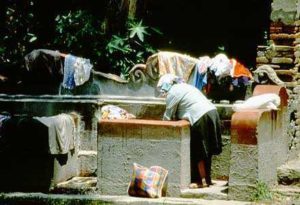 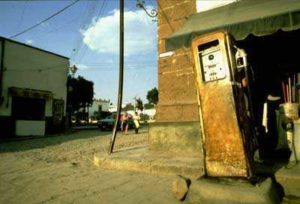 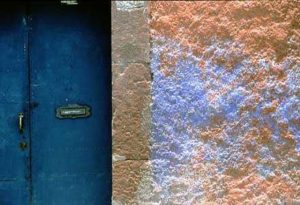 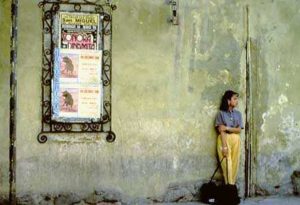 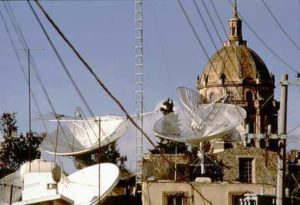 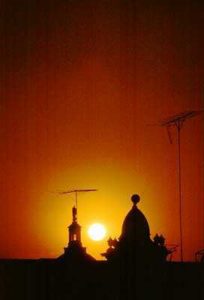 SMA is a small city of about 90,000, located an hour and a quarter from the Leon airport and four hours north of Mexico City by bus. At an elevation of 6,500 feet, it enjoys cool, but not freezing winter weather and moderate, but not hot summer temperatures. After World War II, US veterans discovered San Miguel de Allende and using the GI bill of rights which paid for education of the ex-armed forces personnel, came to study Spanish and art at the Instituto de Allende.

In the 1970s, drawn by the city’s colonial charm and ideal climate, retirees from Canada and the United States began moving to SMA in great numbers. Today, young people still come to San Miguel de Allende to study Spanish and art. Retirees are still attracted to this charming city. It’s estimated that there are at least 2,000 expats living here. Some people claim the great number of north-of-the border residents have turned the city into a gringo compound. But it is clearly a Mexican city. On weekends the local population is joined by Mexicans from all the nearly states to feast in the many restaurants, to shop and to enjoy the ambiance.

The living is easy in San Miguel. Unemployed Mexicans are anxious to be household workers. There are excellent markets, including several that import items which we gringos find it difficult to live without – such as organic foods, Haagen Daaz sorbet and horseradish, to name but a few. There is even a farmer in the area who grows organic vegetables, and a courier who goes to Texas every few weeks to shop in the health food stores and oriental markets for some of us.

It’s also very easy for newcomers to fit into the community. The Mexicans are friendly and welcoming. The foreigners, in turn, work to make the city a better place for themselves and for the indigenous population. The Biblioteca, the second largest bilingual library in Mexico, was founded by expatriates and is operated primarily by a volunteer staff. It has a computer center used in the morning by foreigners and in the afternoon by Mexican children. It also houses a gift shop, restaurant and a new theater for plays, lectures, and a variety of programs.

San Miguel is a cultural wonderland. In August there is a world-class chamber music festival, in the winter a jazz festival, and music and dance performances in between. There are endless art galleries and probably the best craft shops in Mexico with quality crafts from every area of the country.

Acknowledging the substantial income derived from foreign tourists and residents, the federal, state and city governments work together to make the city a desirable place to live. There are enough police on the streets to safely walk home after dark. A million-and-a half dollars are being spent to bury utility cables under the cobble stone streets – electrical, telephone, television and fiber optic. Buildings and shop signs in the historic area of the city must meet federal standards.

Every Tuesday a large outdoor weekly market attracts many vendors from the surrounding countryside. The first week in February growers from all over the area bring foliage and flowering plants to a large park. That’s the time we renew our gardens.

Buses and cars are inspected for emission pollution, but enforcement is not yet effective. City bus rides cost about 25 cents, and taxis are less than $1.25 per ride, so there is really no need to own a vehicle in SMA. Long distance buses go to neighboring cities, with transfer points to all of Mexico. Inexpensive local car services will take you on tours to nearby fascinating destinations. I find it cheaper to hire a car and driver for the day to go on out-of-town trips. It takes much more money to buy a car, maintain it and pay for insurance and gasoline Yet, many residents, accustomed to driving themselves about, are reluctant to shed their wheels. Therefore, traffic around the center of the city is oppressive and will only be mitigated when vehicles are prohibited. There is talk about doing this, but not in the immediate future.

After wintering in the community for three years, I bought a small house in 1997 within easy walking distance of the city center. Once I had purchased and remodeled my home, it didn’t take me long to fit into the community. Information about things to do and the meeting dates of dozens of organizations are listed in two English language newspapers. Atencion San Miguel is published weekly and costs five pesos. Subscription for U.S. and Canada are US$80 per year from:
Bibliotheca Publica de San Miguel de Allende,
Insurgentes 25,
San Miguel de Allende,
GTO 37700, Mexico.

The second publication, El Independiente, features articles on travel, art, culture and current events, and for which I write regularly, is published biweekly and also costs five pesos. An international subscription is $US 45 per year. Its address is:
Calzada de la Presa 53,
San Miguel de Allende,
GTO 37700,
Mexico.

From these two publications you will find listings of groups concerned with, for example, social welfare, ecology, and anthropology. Also announcements of concerts, art exhibits, and other cultural events are described.

We have several movie showings, and many video rental shops; tours to surrounding areas, Spanish classes and an endless number of people who will help keep your body in good condition. We need some of those as the cobblestone streets in the city are treacherous and it is important to watch where you walk.

The Audubon group was my immediate choice for community involvement. Although its main focus is birds, the US Audubon Society, of which the SMA organization is an affiliate, has become involved in environmental and population issues. Increased population in this part of Mexico has destroyed bird habitats. Country folk have decimated the forests by using wood for heat and leaves for animal fodder. The Rio Laja river that flows through half of the state of Guanajuato no longer pauses on its rush to a far distant lake. There is nothing to slow it down since there has been so much silting from the farms and mining of sand and gravel from the river bed. Thus the birds that migrate from Canada through the United States and Mexico to their winter homes in South America have lost their feeding spots and resting places.

In spite of the many organizations and activities that are similar to those in the States, there are many strange and typically Mexican customs that I had to learn and adjust to. For instance, at six in the morning a man passes my house beating a metal bar. He is announcing the arrival of the garbage truck, with a collector who stands on top of the refuse, leans over the side and grabs your bags. In anticipation of this event, I stored my sacks in the garden that nests between my kitchen and bedroom. The first night, I slept fitfully waiting for this event, climbed out of bed, rushed to the garden, picked up the bags, and heard the door slam and lock behind me. I was trapped in my garden! I picked up a rock, crashed it through the glass, opened the door and rushed to the street. The truck had passed. The next day after reviewing several alternatives, I hired two men: a handyman to do odd jobs around the house and deliver the garbage t o a truck that arrives at another street at a later hour, and a glass worker to replace the broken pane. Since then, the truck arrives at 7 am and I’m prepared for it. However, I am now composting my food scraps to nourish my plants, so I don’t have to meet the truck every time I hear the clanging metal bar.

With its endless holy days, holidays, festivals and happenings, San Miguel de Allende is a popular vacation destination for Mexicans and foreigners. There are fiestas and celebrations at Easter, Christmas, Saint Patrick Day and Independence Day. There are numerous days honoring mothers, the dead, saints, builders and masons, taxi drivers, the constitution and patriots, And let’s not forget the running of the bulls when hundreds of youth from all over Mexico descend on the square to see if they can outrun these raging animals. On this day, in late September, I stay in my house and let the doctors, Red Cross workers and Emergency Medical Technicians deal with the eight score wounded. Many of these occasions are accompanied by exploding fire crackers and night time fireworks that echo through the city. Since September has so many festivals I now plan to travel during that month to the US or other hemispheres.

My sleep is sometimes interrupted by loud explosions. Mourners explode firecrackers to inform the angels that their dearly departed are on their way to heaven and should be welcomed. Fireworks frequently announce the union of a bride and groom in a nearby church or to entertain families and friends at a neighborhood birthday party. Mariachi bands that congregate in and around the Jardin offer their services. If they are not hired on the spot they roam from restaurant to restaurant hoping that diners will not only applaud them, but will give them tips.

Restaurants serve meals that are varied, delicious and inexpensive often in delightful surroundings , and often to the accompaniment of excellent guitarists. I have so many favorite dining places, it is difficult to list them all. The Bouganvilla is around the corner from me. Ole-Ole serves great fajitas. El Tomato is a good vegetarian restaurant. Casa Blanca has good food , including my favorite, chocolate mousse, and a gorgeous view of the city. It’s hardly fair to name only these as there are so many that are equally good and where you can get a fine meal from US$ 4 to $10. I’m anxiously awaiting the opening of a new Chinese restaurant in my neighborhood.

There are many places to stay, from upscale hotels like the Puertacita Boutique Hotel, the Villa Jacaranda, the Posada de San Francisco (at the center square), the modestly priced Quinta Loreto, and many bed and breakfasts. To get detailed information you can order the very reliable The Insider’s Guide to San Miguel from Archie Dean at 1900 Fox Drive, Suite 84, Box 178. McAllen Tx 78504-4119 for $14. It lists hotels, bed and breakfasts, apartments and most everything else you might want to know, including the bull fights (which I won’t discuss).

Medical care is often a concern of people with an eye to moving to Mexico. There are many well trained physicians and hospitals nearby, one of which in nearby Queretero, Hospital San Jose, will transfer you to Houston if you need sophisticated care.

If you are 62 years old there are inexpensive air fares valid for travel between the U.S, Mexico, Canada, Hawaii, Alaska and the Caribbean. These come in books of four trips a year and are offered by Continental and United Airlines, as well as others.

In the next installment, I will explore other aspects of this wonderful city.

With Photographs by Bill Begalke