Here in Jerez de García Salinas, Zacatecas, México, on a bright, clear, sunny Saturday of October, I walked past my bank on the way to the post office.

I was very happy to notice that crews were replastering, repainting, and cleaning tiles, while various other contractor’s crews were running around like crazy, all with the number of workers doubled by supervisors standing around smoking, talking, reading and gossiping.

“Hola amigos, ¿A dónde fue el banco?” My anxious question met with shrugs, grins and no’s. The crews knew nothing other than they had to get the Chicomostoc Travel Agency into its new offices by the end of the coming week.

The bank, MY bank, had disappeared – silently, overnight, without any warning, without any announcement, and without any trace. The building was being converted into an office for the newest, and most progressive travel agency in Jerez.

On Monday, my first action was to telephone the bank. No response. Two times. Three times, Four times, Five times. Dead, nothing. And here in Mexico there is no use calling the telephone company for anything. Not even for numbers not listed in the directory. Not even for movement of numbers from one location to another. The response is always polite and helpful, but never productive.

My second action was to go to the Casa de Cambio (money exchange office) that was across the street from where the bank had been. “Buenos días Señorita, ¿a dónde fue el banco que estaba en frente?” Her immediate response was “No sé”—I don’t know. But as I was turning away, she stopped me and said “Oh, you mean CONAFO there in front? They are now BANCRECER and have moved down to Lopez Velarde street near the corner with St. Luis street.”

And there they were.

With absolutely no customers and no business.

The manager, his secretary and the teller were sitting telling stories over steaming coffee cups, with the sun streaming in through the windows, while the crazy Mexican traffic hooted by outside.

When I braced the manager about moving the office and changing the bank name without notifying any of their depositors, he shrugged and told me they had left a notice in the window of the old office but that the contractors had thrown it away. And the phone? Just that the telephone company was moving it, but it wouldn’t be operative until the next week.

Mexico always has a surprise for you, no matter how long you have lived here. 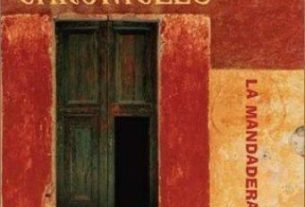