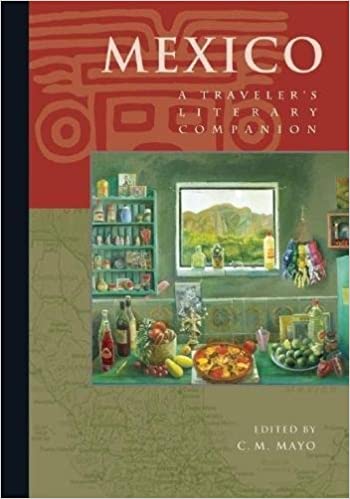 I’ve reviewed over a hundred books for MexConnect. These have covered the gamut of topics, all related to this country – fiction, travel, history, living in Mexico, moving to Mexico, biographies, city profiles and a few volumes difficult to categorize. I thought I had covered just about all aspects of the subject. Imagine my surprise, then, to suddenly be reminded of a sizeable slice of Mexicana that I had barely touched.

Discovering it was like opening a door and walking into a brightly lit room filled with all kinds of literary treasures, all of which were produced in Mexico by active homegrown writers, many of whom are probably known to Mexican readers but not necessarily to outsiders like myself who need much more familiarity with Spanish in order to appreciate the breadth and scope of this country’s literature.

What C. M. Mayo has given us here is a sampling of the work of some two dozen writers and a dozen or so translators from all parts of this country. She has searched through the “vast banquet” of Mexican literature to bring us this fresh and contemporary selection of writings. As she explains in her introduction, her “main criteria for selection were literary quality and a specific sense of place and/or regional culture.” Hence the use of the word “traveler” in the book’s title. Literary writing in Mexico, she explains, tends to be dominated by Mexico City and she has made a deliberate effort to counter this and bring us samples from all parts of the country, from the border to the Baja. I should also briefly mention that all of the pieces except one were published since 1973.

I won’t try to name all the contributors because they’re not household names to most outsiders. Frankly, I only recognized a couple. But that is surely one of the aims and benefits of a collection such as this, to bring readers new authors and new literary experiences.

An interesting feature of the collection is the brief biography of each author that accompanies each story or essay. I was completely surprised by the many, many references to literary awards and prizes and by the huge number of novels, poems and story collections that were mentioned in describing each author’s output. They all come with strings of credits to their names. Obviously, there’s a healthy and thriving literary scene here in this country. Not every piece is a literary “winner.” I thought a few of them were rather slight. However, it’s more than likely a collection like this is compiled for its cumulative effect, for its variety and its overall look at Mexican regional writing.

I was taken with several of the stories here, such as “Big Caca’s Revenge” by Daniel Reveles. Big Caca is a Mexican border official who “is not awash with the milk of human kindness.” When he has occasion to feel slighted by gringos in his locale, his revenge on all gringos is swift and severe. It’s almost possible to read it as a kind of allegory of present day political behavior and U.S. border politics in reverse.

“Identity Hour or What Photos Would You Take of the Endless City?” by Carlos Monsiváis is an amusing and clever look at Mexico City like no other that I’ve ever read. And “One Way Street” by Juan Villoro comes as a complete surprise. After all, who would expect to find an amusing account of the rise and fall of a Mexican punk rock band.

“It Is Nothing of Mine” by Araceli Ardón is the story of Juvenal, the perfect husband, who harbors a rather incredible secret from his wife – throughout their entire marriage. “Twins” by Ilan Stavans is the story of twin brothers who hate each other and who stage a quite unique duel from which only one will emerge alive. So you can see, there’s plenty of variety here.

Not all the selections aim to be as entertaining as these. I found, for example, “The Green Bottle” by Ricardo Elizondo Elizondo a quite harrowing and grim account of lives being led that seem to have no hope and virtually no pleasing qualities. In “Banquets” by Raúl Mejía, a teenager wrestles with his sexuality and his religion. And Martha Cerda’s story, “And One Wednesday,” is based around the Guadalajara gas explosion of April 1992. Hundreds of citizens died in that tragedy. This story is an excerpt from Sra. Cerda’s prize-winning novel about the event.

There are many more samples to satisfy the discerning reader. A complete listing of the contents, authors and translators can be found at www.cmmayo.com/mexico.html.

C. M. Mayo was born in Texas, raised in California and has been a resident of Mexico City since 1986. She is the founding editor of Tameme, a bilingual literary journal. Her memoir, Miraculous Air: a Journey of a Thousand Miles Through Baja California was favorably reviewed here in Mexico Connect in October 2003. Her website – www.cmmayo.com – lists her other literary works.

In my humble O: Good one! Ms. Mayo mentions in her introduction that she solicited hundreds of writers, translators and professors for samples that might be included and she considers herself amply rewarded. It sounds as though there are lots more items that might find their way into subsequent volumes to accompany this one.

MexConnect is reader-supported. Purchases made via links on our site may, at no cost to you, earn us an affiliate commission. Learn more.
Published or Updated on: July 15, 2006 by Alan Cogan © 2008
Share This:
Tagged Alan Cogan book-reviews lifestyles literature social-issues 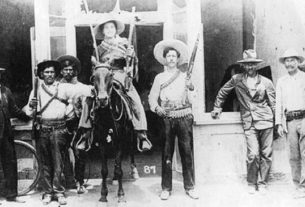