Note: The Mexican tax system has been updated numerous times since this article was first published; always check with a reputable accountant for up-to-date information.

The Mexican tax system has been subjected to comprehensive tax reform legislation, enacted principally in 1986 and 1988. The dramatic changes are an attempt to make it compatible with the tax systems of Mexico’s most important trading and investment partners and with those of countries competing with Mexico for foreign investment.

The principal taxes payable by individuals and by corporations operating in Mexico and, in certain cases, by foreign companies, are those levied by the federal government. State and municipal governments have more limited tax powers and are not authorized to levy general corporate income taxes; some states tax employers on salaries and professional fees paid by them. The principal taxes are as follows:

1. Taxes on income, including a minimum tax based on assets held;

3. Import and export taxes; and

There are a number of special federal taxes, such as excise taxes on the mining industry and on a few specific products and services, such as alcoholic beverages, cigarettes, gasoline, telephone service, automobiles, etc.

2. On salaries (payable by the employer); and

3. On acquisition of real property.

Tax payers are divided into four main groups, for which, in addition to the rules of general application, separate sets of rules are provided as follows:

Resident corporations, permanent establishments and “fixed bases” of operations of non-commercial activities of foreign corporations and all entities other than those associations specifically designated as non-profit organizations, will be taxed in the same manner and under the same rules applicable to resident corporations discussed below in greater detail.

Residents of Mexico, irrespective of nationality, are subject to Mexican taxation on their worldwide income of all types which must be included in an annual personal income tax return. Special treatment is given to capital gains, domestic interest and dividend income, at a graduated scale of rates reaching 35%.

Non-residents are taxed only on their Mexican source income, usually at flat rates applied separately to different types of gross income without deductions. However, under special rules they may elect to be taxed at higher rates on net taxable profits from sales of real property or shares or on short-term construction, installation, erection and similar work. No overall annual return is required of non-residents.

Under the law, a limited number of civil societies and associations that are specifically designated as non-profit organizations, as well as certain cooperatives, are considered as non-taxpayers, although they are required to file annual information returns to determine their net excess of income over expenses. Consequently, there are no “exempt” organizations.

The federal corporate income tax rate is 35%. Provisions designed to recognize the effects of inflation for tax purposes in the areas of monetary assets and liabilities (monetary correction), inventories and depreciable assets have been incorporated in the law as a consequence of high inflation rates in the past.

Once a corporation has paid its income tax, after-tax earnings may be distributed to the shareholders without any further tax. However, if the corporation makes a distribution out of earnings that for any reason have not been subject to corporate income tax, e.g., book earnings not yet recognized for tax purposes, it will have to pay a corporate tax of 35% out of these distributed earnings.

An asset tax is payable at the rate of 2% of the value of the assets of corporations, unincorporated businesses, organizations of a civil nature not specifically excepted, and branches or other permanent establishments of foreign persons. It supplements the federal income tax, i.e., it will only be payable and increase the overall tax burden if it exceeds the regular income tax due.

In other words, an amount equal to the taxpayer’s regular income tax is credited against his minimum 2% assets tax due for the current year and the five preceding years. Any unused carry back will be indexed for inflation during the carry back period. Thus, the taxpayer’s combined tax burden will only be affected if the taxpayer pays little or no federal income tax over an extended period.

There are no state taxes on corporate net income.

A value-added tax (VAT) at the general rate of 10% is payable on sales of goods and rendering of services, rents, and imports of goods and services. Certain medicines and basic foods have been temporarily zero-rated for 1992.

The principal transactions exempt from the tax include sales of land, books, credit instruments (including equity shares), residential construction and materials therefore, financial and medical services (except for interest charged by issuers of credit cards), education and rentals of residential property.

Taxes paid by business enterprises on their purchases may usually be credited against their tax due on their own sales; the latter tax must be charged to all customers. Excess credits can be refunded.

The 0% rate of tax is applicable to a substantial number of transactions, which in general terms means that no VAT is payable thereon, while amounts paid on purchases of materials, supplies and services can be recovered through a credit against the entity’s VAT due or by direct refund. Included in this treatment are the export of goods and services; sales to maquiladoras (in-bond assembly plants) or to companies solely engaged in exporting goods, which are treated as indirect exports; the sale of certain basic foodstuffs, agricultural goods, services and rentals; and other minor transactions.

Every business concern having employees is required to distribute a portion of its annual profits among all employees, regardless of its form of organization. The amount distributable to the employees in most cases amounts to 10% of taxable income, adjusted to eliminate inflation-related income or deductions and increased by dividend income, which is not included in taxable income. Special rules apply to a limited number of specific businesses.

It is important to note that not taxing dividend distributions eliminates double taxation at the shareholder level and thus significantly reduces the overall tax burden of domestic or foreign investors’ return on investment.

This article is electronically reproduced with permission from the Mexico 2000 Business Directory . Your Passport to Mexican Business. 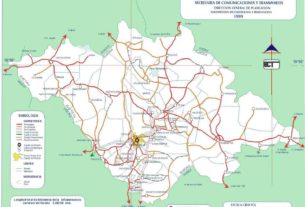 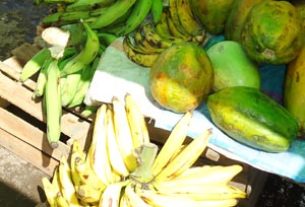 Information For Canadians In Mexico

A Christmas tree in Mexico