There was an Indian mound near my home when I was growing up. We knew we were not supposed to play near the mound, and we knew it was an ancient burial spot, but we didn’t know it might have been a “power place.”

My older brothers had shoeboxes full of flint arrowheads collected from our fields. In fact, their collection was used as a bartering tool in school the same way some kids used baseball cards.

I have read about special places in Hawaii that are considered power places. Some describe how if you look at a mountain or hillside and can see what looks to be a hollowed out area, you probably are looking at a power spot. This is a spot where, supposedly, deeper meditation can be attained, and you truly feel at one with the earth.

According to researchers, these power spots are found all over the world, and that makes good sense to me. Not all are where hollowed out spots appear. It seems there are many such places that are mountains or mounds, such as my hometown mound. Who can visit the Grand Canyon and not be in breathless awe?

It has probably been fifteen years since we visited the Southwest, and I was introduced to a Native American medicine wheel in Sedona. Early one morning, we took our thermos, sausage, biscuits and binoculars to the red hills. While we meandered through the rocks, cactus and an occasional lavender or red flower peeping from the dry soil, we came upon a bunch of stones laid out in a circle, which was divided by more stones into what seemed to be a pie-shaped design on the ground. We stood and mused about what the significance of this could possibly be. Along came a couple of Park Rangers, and one kicked the circle apart with his boot. I asked, “What is this supposed to mean?”

He replied, “This is a Native American medicine wheel. We don’t allow them in this area. We destroy one when we see it, but they’ll just come back and build another one. You can’t destroy their beliefs.”

Lilly, the daughter of my friend, Judith Ewing Morlan, a talented and prominent painter in Puerto Vallarta, married a Native American Indian. She explains the medicine wheel as a belief that our lives are circles, and must be completed before we are finally at home.

Lilly writes: “The most famous medicine wheels are in Montana and Canada. Although they do exist in other places, most are built as a tourist attraction. Park Rangers destroy them because most parks do not allow people to destroy the natural habitat, and there is a hefty fine if caught.

Traditionally, Native Americans believe their entire lives are guided by the path of the stars and earth. In the Southwest there is a song, sung mostly at funerals, called “The Salt Song Trail.” The Native American medicine wheel is created with footprints around the body, and it encourages the spirit to complete the journey, and then rise to the stars or Heaven, whichever you prefer to believe. Without this ritual, they believe the spirit is lost on the journey and can’t find the way to the starts. The song starts at sunset, the dancing starts exactly at midnight, and it ends at dawn as the body is lowered into the ground.

Quite by accident, I recently ran across a website that lists Talpa de Allende as a sacred power place.

I have corresponded with the owner of the website, Martin Gray, and his is a fascinating story. He is the son of a U.S. diplomat, and had the opportunity to travel the world widely. When he was twelve years old, the family was posted to India for four years. One of his father’s hobbies was photography; his mother had a strong interest in music and ancient culture. While in India, Gray made pilgrimages to temples, mosques and sacred caves – with camera in hand, I suspect.

Martin’s father was reposted and he came back to the United States. Gray attended college in Arizona, but the call of India sent him back. He lived a nomadic life for ten years, visiting and photographing every place he heard was a sacred site, and then he came home again, but only to roam some more. He has spent twenty-five years in his pilgrimages, and one of them brought him to Mexico where he visited Mazatlan, San Juan de los Lagos, San Miguel de Allende, Zapopan, and Talpa, among others.

Many archaeologists and anthropologists agree that the name given to an energy worshiped in Mesoamerica was Mother Tonatzin, who represented the Earth Mother Gatlaxepeuh, a Náhuatl word, the language spoken in this part of the world before the Spaniards came. Legend has it that when Saint Juan Diego, whose Náhuatl name was Cuahtlatohuac, was asked by the Spanish bishop what was the name of the woman who wanted her temple reconstructed, he responded, “Coatlaxepeuh.” The bishop couldn’t speak Náhuatl any better than I can, and he thought he heard Guadalupe. The patron saint of Mexico and the Americas is the Virgin of Guadalupe.

Apparently, the icon in our temple in Talpa represents that ancient Earth Mother, but through a long line of evolution. That could be true. We have to remember our ancestors worshiped something or somebody long before the Europeans explorers reached the North American continent. It is innate in us.

Gray, and others, find that some of our pagan customs had reason behind them. In the case of Talpa, it is believed this power place once paid homage to an Earth Goddess named Cohuacoatl.

That’s alright. I can’t pronounce it either. Knowing how names can be mixed up by different languages, I think Cohuacoatl may be a play on Coatlaxepeuh.

I believe it only fitting to share with you a bit about the young man who painted the illustration accompanying this article. Guy Garber Guerrero is eighteen years old, about to graduate from the American School in Puerto Vallarta. He plans to study architecture in San Diego and he has never had an art lesson. In 1983 his mother came to be my assistant at the U.S. Consular Agency. Many times Jacqueline and I would be working on special cases, and to keep little Guy quiet, she gave him a drawing pad and a pencil. He drew ships he had never seen and churches that would never be built. Nobody knows where this talent comes from.

If you are interested in checking out your nearest power spot, click on Gray’s webpage – it is fascinating. His picture of the church in Talpa, although superimposed so that it appears the mountains are touching it, is haunting.

(Longtime Mexico resident Jenny McGill and her husband moved to Puerto Vallarta in 1973, where she served as the U.S. Consular agent for 14 years. Her book, Drama and Diplomacy in Sultry Puerto Vallarta, is a poignant, riotous read describing the town, its people and her own resourcefulness when people needed her help. It is a portrait of a simple Mexican beach town and a quieter time, gone forever.) 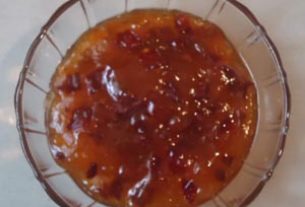 The Maya civilization, cities of the Maya