Shortly after arriving at Tenochtitlán in the fall of 1519, Hernán Cortés and the Spanish conquistadores were granted an audience with Moctezuma at his breakfast table. They found the Aztec ruler sipping an exotic drink called xocóatl (meaning bitter water). Made from ground cacao beans boiled in water, flavored with vanilla and other tropical spices, and chilled with bits of snow from nearby mountain tops, the pungent beverage was, the Spanish reported, “of a very exciting nature.”Xocóatl was esteemed as an invigorating refreshment and its consumption was permitted only by those in the highest echelons of Aztec society. While there were various recipes for preparing xocóatl, calling for different spices and varieties of cacao, all required beating the concoction until a thick, nearly solid froth formed on the top. The drink was serve in a xícara, an elaborate gold goblet set on a base covered with jaguar skin, and accompanied by a tortoise shell spoon for eating the toothsome foam.

Xocóatl was used medicinally to alleviate abdominal pain, as an antidote for poison and as a medium for administering other remedies. When made from green cacao, the drink was considered a potent hallucinogen and aphrodisiac. Xocóatl and cacao also figured in certain religious ceremonies.

Cacao was a highly valued commodity in pre-Hispanic México. The great lords of the Maya culture cultivated large cacao plantation. They exchanged their crops for feathers, jade and other precious goods in the principal commercial centers of Mesoamerica. The buying power of cacao was such that a dozen beans more than sufficed to purchase a salve or procure an evening of pleasure with a prostitute. Moctezuma, who ruled a vast tribute-state, collected huge quantities of cacao twice a year from vassal communities. Aztec consumers often used cacao as currency for making their purchases in the bustling tianguis (marketplace). Some historical accounts refer to rogues who doctored inferior beans to increase their value or counterfeited cacao beans from avocado pits, though the risked severe punishment if caught engaging in these illicit activities.

Cacao and the other exotic tropical ingredients used in preparing xocóatl were among the New World treasures Cortés sent back to his sovereign, Carlos V. The Spanish took a great liking to the Aztec drink, especially once they discovered that the addition of sugar make it far more palatable. The dubbed the drink chocolate (choh-co-la-teh) and for three quarters of a century jealously guarded the secret of its preparation from other Europeans. According to one account, during this period British pirates captured a treasure-laden Spanish ship and promptly tossed the entire load of cacao overboard, mistaking the unfamiliar beans for sheep’s dung. By 1606, however, the Italians were happily quaffing chocolate, followed in short order by the Austrians and the French.

In the 1650’s an enterprising Frenchman devised a method for milling cacao into solid cakes, which greatly simplified preparation of the tasty beverage. He opened a specialty shop in London to sell this novel product, although at 10 to 15 shilling per pound, it was a luxury item only the rich could afford. Well-heeled Europeans soon flocked to fashionable chocolate houses in London, Amsterdam and other continental capitals. The English further improved chocolate, ca. 1700, by adding milk to the drink. Finally, in the mid-19th century, the Swiss invented a blending process that permitted the creation of chocolate candy.

Today people of all stations around the globe now consume chocolate in myriad forms and astonishing quantities. The United States spends nearly a billion dollars annually on cacao imports. Chocolate remains an important staple in Mexico. It is used to make a wide array of confections and is a key ingredients of the piquant mole sauces of Puebla and Oaxaca. Hot chocolate, a popular accompaniment to la merienda, a light evening repast, is traditionally whipped until frothy with a molinillo, a ringed wooden beater invented by the Aztecs.

The definitive reicpe for preparing this classic Mexican beverage may be found in Chapter Nine of Laura Esquivel’s delightful romantic novel Como Agua Para Chocolate (“Like Water for Chocolate”). One may infer that the book’s tantilizing title clearly augurs the tales of human passion awaiting the reader within. To prepare hot chocolate by the traditional method, the cook must first set the pot over a lively flame and bring the water to a full boil.

“To some chocolate is as good as love. To others it’s better,” reads an ad for one brand of up-scale chocolates. The world has Mexico to thank for this enticing treat and the one empasssioned love affair that is likely to last forever.

(In its original form this article first appeared in El Ojo del Lago, February, 1994, under the title “The World’s Longest Love Affair.”)

This Did you Know by Dale Hoyt Palfrey, with additions by Eli Anderman Skromny. 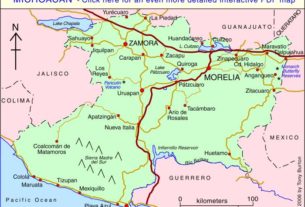 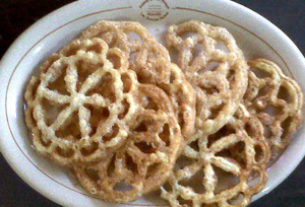 Our Lady of Guadalupe: Tonantzin or the Virgin Mary?

Getting to the heart of Oaxacan cuisine: A cooking class with Susana Trilling