Many Mexicans continue to revile the woman called Doña Marina by the Spaniards and La Malinche by the Aztecs, labeling her a traitor and harlot for her role as the alter-ego of Cortes as he conquered Mexico.

They ignore that she saved thousands of Indian lives by enabling Cortes to negotiate rather than slaughter. Her ability to communicate also enabled the Spaniards to introduce Christianity and attempt to end human sacrifice and cannibalism. Herself a convert, baptized Marina, she was an eloquent advocate for her new faith. As for the charges against her, they are in my opinion baseless. So let us visit this remarkable woman and examine the facts.

All historians agree that she was the daughter of a noble Aztec family. Upon the death of her father, a chief, her mother remarried and gave birth to a son. Deciding that he rather than Marina, should rule, she turned her young daughter over to some passing traders and thereafter pro- claimed her dead. Eventually, the girl wound up as a slave of the Cacique (the military chief) of Tabasco. By the time Cortes arrived, she had learned the Mayan dialects used in the Yucatan while still understanding Nahuatl, the language of the Aztecs and most Non-Mayan Indians.

“La Malinche” did not choose to join Cortes. She was offered to him as a slave by the Cacique of Tabasco, along with 19 other young women. She had no voice in the matter.

Up till then, Cortes had relied on a Spanish priest, Jeronimo de Aguilar, as his interpreter. Shipwrecked off Cozumel, Aguilar spoke the Mayan language as well as Spanish. But when the expedition left the Mayan-speaking area, Cortes discovered that he could not communicate with the Indians. That night he was advised that one of the women given to him in Tabasco spoke “Mexican.”

Doña Marina now enters Mexican history. It was she who served as the interpreter at the first meetings between Cortes and the representatives of Moctezuma. At that time Marina spoke no Spanish. She translated what the Aztecs said into the Mayan dialect understood by de Aguilar and he relayed it to Cortes in Spanish. The process was then reversed, Spanish to Mayan and Mayan to Nahuatl.

Bernal Diaz, author of “The Conquest of New Spain” authenticated her pedigree. An eyewitness to the events, he did not describe her physically, but related that after the Conquest he attended a reunion of Doña Marina, her mother and the half- brother who had usurped her rightful place. Diaz marveled at her kindness in forgiving them for the injustice she had suffered. The author referred to her only as Marina or Doña Marina. So whence came the name “La Malinche?” Diaz said that because Marina was always with Cortes, he was called “Malinche”–which the author translated to mean “Marina’s Captain.” Prescott, in the “Conquest of Mexico,” (perhaps the best known book on the subject) confirms that Cortes was always addressed as “Malinche” which he translated as Captain and defined “La Malinche” as “the captain’s woman.”

Both definitions confirm that the Indians saw Cortes and his spokesperson as a single unit. They recognized that what they heard were the words of “Malinche,” not “La Malinche. ” So much for the charge that she was a traitor, instigating the destruction of the Aztec Empire.

As for the charge of “harlotry,” it is equally flawed. She was totally loyal to Cortes, a one-man woman, who loved her master. Cortes reciprocated her feelings. Time after time he was offered other women but always refused them. Bernal Diaz frequently commented on the nobility of her character and her concern for her fellow “Mexicans.”

It is very possible that without her, Cortes would have failed. He himself, in a letter preserved in the Spanish archives, said that “After God we owe this conquest of New Spain to Doña Marina. ”

Doña Marina’s progress from interpreter to secretary to mistress, as well as her quick mastery of Spanish, are remarkable–and all this amidst the turmoil of constant warfare, times when a woman less courageous and committed might well have fled.

The ability of Marina to help Cortes to communicate with the Indians shaped the entire campaign. From the very first meeting between Cortes and the emissaries of Moctezuma, an effort was made to establish friendly relations with the Aztec Emperor.

Later, during Cortes’s encounter with the Caciques of Cempola, that same talent opened the door to the Conquest. Here, Cortes met the “Fat Cacique” and by arresting five tax collectors sent by the Aztecs, made his first Indian allies: Cempoalans were the first of the Indian warriors to join him.

Yet even then, he tried to persuade Moctezuma to invite him to Tenochtitlan, freeing the captives to carry a message to the Emperor that he had come in peace.

Without Marina, attempts to negotiate with the Aztecs would have been impossible.

These efforts did much to keep Moctezuma undecided about how to deal with the invaders. This hesitancy played a large part in the outcome of the Conquest.

Perhaps the most important negotiations Marina made possible were those with the Tlascalans. After an initial armed clash, an alliance was forged that brought thousands of warriors to fight alongside the Spaniards.

As Cortes moved toward the Aztec capital, a pattern evolved.

First conflict, then meetings in which Doña Marina played a key role in avoiding more bloodshed. Hence, the picture of Marina that emerges is that of an intelligent, religious, loyal woman.

Her contribution to the success of the Conquest is immense, but she cannot be held responsible for it happening. To a very large degree, the Conquest came because of the brutality of the Aztecs: a rebellion by their oppressed neighbors, who would have rallied to anyone who promised them relief from the Aztecs’ constant demands for tribute and sacrificial victims.

But from another standpoint, the fate of the Aztec Empire was sealed in the very first meetings of the emissaries of Moctezuma with Cortes, when they gave him gifts of gold and silver that Sernal Diaz valued at over 20,000 pesos de oro. Prescott, writing in 1947, valued each peso de oro at $11.67 U.S. Dollars. The Spanish appetite for gold was whetted, making the Conquest inevitable. But had Cortes failed, the next expedition, perhaps without an interpreter, would certainly have shed more Mexican blood.

Then too, had Cortes met with no success, the Smallpox epidemic that raged in the Aztec Capital might well have spread throughout the entire empire. By destroying the city, he perhaps saved the country. Bernal Diaz wrote: “When we entered the city every house was full of corpses. The dry land and stockades were piled high with the dead. We also found Mexicans lying in their own excrement, too sick to move.”

After the Conquest, Cortes, with a wife in Spain, arranged to have Marina married to a Castilian knight, Don Juan Xamarillo.

Soon thereafter she disappeared from history.

But she had borne Cortes a son, Don Martin Cortes. While many other Indian women were impregnated by Spaniards, we have no record of their fate. Hence, if modern-day Mexicans are a blend of Spanish and Indian blood, Doña Marina’s son was the first “Mexican” whose career we can follow. He rose to high government position and was a “Comendador” of the Order of St. Jago. In 1548, accused of conspiring against the Viceroy, he was tortured and executed.

In more recent times, the term “Malinchista” has been used by some to describe those who dislike Mexicans. But Doña Marina deserves better. A fearless, loyal and determined woman, she was a heroine who helped save Mexico from its brutal, blood-thirsty rulers–and in doing so she played a major role in fashioning what is today one of the most dynamic societies in all of Latin America. 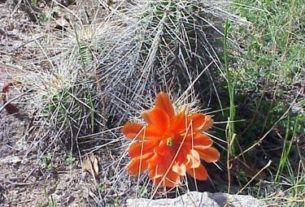