Shamanism is humanity’s oldest form of relationship to Spirit. As such, it is the underpinning beneath all religion. But shamanism is not a religion. It is a complex set of practices, beliefs, values and behaviors that enable the practicioner to elicit a shift from ordinary consiousness into a trance state with a specific goal in mind, such as for healing, obtaining information, power, vision, divination, contacting the spirit of the deceased, soul retrieval or guidance for right action. Shamanic work is done with the aid of a helping ally of some sorts that the shaman has befriended. They work together as a cooperative team, with the ally being an intermediary between different levels of reality and the shaman, an engineer of altering states of consciousness.

Shamans throughout the world and throughout time, recognize that the universe is alive, conscious, and filled with spiritual power. Shamans know how to access this web of power and work with it skillfully and effectively to address their, and their community’s needs. Shamanism is the use of shamanic practices within a shamanic value system. Traditionally a shaman goes through the experience of a “calling”, usually through illness, accident or some unusual quality of being, then through an arduous apprenticeship of teaching, training and testing, followed by some sort of passage rite into their new status. Typically shaman do not define themselves as such. Instead they are defined by their community based on what it is that they do. Becoming a shaman and living as a shaman is a difficult and demanding life path that many indigenous people shy away from because of its formidable requirements. It is not about fun and glamor. Unskillful and uneducated acts can cause harm, or even be life-threatening, to the practicioner as well as to others. For shamanism deals with power, and power can move in many different ways, like electricity. It is important to move slowly with respect, humility and care.

A vitally important aspect of the practice of shamanism is understanding right relationship with power, and the acts and implements of power, such as sage, ceder, feathers, the drum, ceremony, disincarnate spirits, totem animals and allies. Exploration of right relationship also intails indepth ecopsychological, attitudinal healing along with active, social justice involvement in issues effecting the rights of indigenous people in today’s world. See Flowers of Wiricuta for further discussion of this vital area of concern.

By Dr. Thomas Pinkson and adapted here from his Nierica Site with his kind permission. 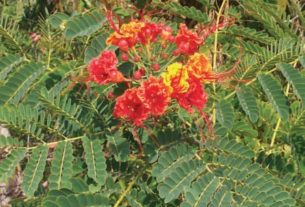