Frankly, I find this a rather lightweight collection of stories. And, as I’ve never read anything else by Garcia Marquez I’m left wondering where he got his great reputation. I guess I should get around to reading those better known works of his, like One Hundred Years of Solitude and Love in the Time of Cholera and take a closer look. I’m sure I’ll find those novels more rewarding.

If there’s a theme or a connection between the various pieces it is that the stories almost all seem to deal with Latin Americans travelling to Europe for one reason or another.

In the first story, “Bon Voyage, Mr. President” we meet a deposed and exiled President of a Caribbean country who is living alone in Geneva in a seeming state of poverty. He meets a student from the same country who takes pity on him and invites him to his home and helps him sell his jewelry to get money. At the end we find that even at age 75 the old man still harbors a dream of returning to the leadership of his country.

In “The Saint”, Margarito Duarte lives in the Colombian Andes. He has a seven year old daughter who dies and, many years later, he makes a fantastic discovery. His daughter’s body is disinterred when a huge dam is built where her cemetery is located. Her body is perfectly preserved and has no weight. She is as perfect as the day she died and she even smells of flowers. Everything points to the fact that she may be a saint. However, Rome’s imprimatur is required before sainthood can be declared. Margarito puts the child’s body in a cello case and takes her to Rome to take on Vatican officialdom. He finds it tough going. One functionary tells him he gets 800 such cases a year. Margarito is undeterred and fights the cause for 22 years. He even outlasts four popes. He meets Pope John XXIII who pats him on the cheek and praises him for his persistence – but does nothing. In the end we’re left with the impression that Margarito himself is the real saint.

In “Seventeen Poisoned Englishmen” a lady from Argentina, Señora Prudencia Linero is on a cruise bound for Naples. She is very religious and wears a nun’s habit all the time. Her dream is to go to Rome and meet the Pope. She’s also a real prude and is offended by the general tawdriness of Naples harbor and the fact there’s even a corpse floating in the water. When she gets to her hotel the first thing she sees is seventeen half naked Englishmen sprawled around the lounge, all of them fast asleep. It isn’t long before she finds they’re not asleep – they’re all dead. She immediately heads to her room to pray for them. And this is her intro to the earthy Italian street life that shocks and disgusts her at every turn.

One horror story that I rather enjoyed was “I Only Came to Use the Phone.” In this one, Maria is driving alone to Barcelona when her car breaks down on a lonely stretch of road. She tries hitching a ride but no one stops for her. Finally, a ramshackle bus pulls up and takes her aboard. It is full of women who, it turns out, are being transported to a women’s prison. When they arrive at their destination, it is assumed that Maria is one of them. No one pays any heed to her protests and she is incarcerated. Her husband awaits her but she never arrives. He searches for her but never finds her and finally assumes she has run away from him. The complete catalog of horrors that happen to Maria should never happen to anyone, all of them revolving around a series of bureaucratic errors.

Some of the stories are extremely lightweight. In “Sleeping Beauty and the Airplane” we’re given a brief sketch of the author sitting beside a very beautiful woman on a flight to some unknown destination. He is completely captured by her beauty and longs to talk with her. But she pays him absolutely no attention whatsoever. In fact she sleeps through most of the flight. The two never exchange a single word. So what we have are a collection of regretful musings which, frankly, I believe should simply have remained in the author’s notebook until the day he could make a more substantial story from such flimsy material.

I have to admit, too, that there were a couple of stories that I never even finished.

Garcia Marquez goes on at length in a Prologue about how and why the stories came to be written. I frankly never found that his musings added any particular meaning to my appreciation of the collection.

In my humble O: Not very memorable. In fairness, however, I did take a look at what other people were saying in Amazon.com and was slightly surprised to find quite a bunch of positive reader reviews, although there was general agreement that Strange Pilgrims is not a heavyweight piece of work.

MexConnect is reader-supported. Purchases made via links on our site may, at no cost to you, earn us an affiliate commission. Learn more.
Published or Updated on: January 1, 2003 by Alan Cogan © 2008
Share This:
Tagged Alan Cogan book-reviews literature mexico-novels perspectives 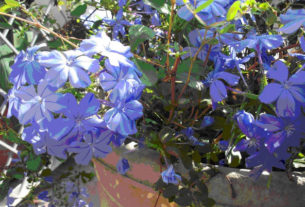