The financial impacts of poor water quality on Mexico are nothing short of staggering.

In any discussion about visiting Mexico, somebody always pipes up with the comment “Don’t drink the water.” If I had a dollar for every time I have been given this advice, I would be a wealthy man indeed. Nonetheless, the comment is unfortunately all too true. In the twenty-five years that I have been visiting Mexico, it took fifteen years to realize that the purgative effects of Montezuma’s revenge weren’t an essential part of the holiday. A combination of wisdom and caution have made latter day holidays much more enjoyable.

Water is a hot topic in Mexico these days. In March 2006, Mexico City will host the fourth annual World Water Forum. Up to 25,000 delegates are expected to attend said Cesar Herrera, Technical Secretary of the Forum. In addition, recurring water shortages in Mexico City and the physical sinking of that city due to overuse of the groundwater aquifers have brought water to the fore of public attention. The situation is serious enough that President Fox has declared water “a strategic resource of national security.”

According to Herrera, there are still 11 million Mexicans, out of 106 million, without clean water. Interpreting a poor translation of his statements, I believe Herrera is referring to residents without piped water to their homes. Most telling of Herrera’s comments is that only 30 per cent or drinking water in the country is treated. That explains why you can turn on the taps in San Miguel or the Mayan Cancun and get abundant clean water that you can’t drink. The municipality may call it potable water but it hasn’t been processed to kill all of those nasty little bugs that make you sick. Cristóbal Jaime Jáquez, director general of the National Water Commission, estimates that Mexico will need to invest around 30 billion pesos annually, for the next 25 years to satisfy the water and sewer needs of the population. That is the equivalent of $75 billion U.S.

The financial impacts of poor water quality on Mexico are nothing short of staggering. Its health costs were estimated in 1992 at around US$3,600 million. The estimate includes the cost of diarrhoeal diseases caused by water and soil pollution, as well as by the lack of sanitation and by food poisoning. It is reasonable to assume that such costs in 2005 have probably doubled. The health costs don’t include lost wages and productivity that could be equally staggering. To protect themselves against water borne disease, Mexicans are among the world’s biggest consumers of soda pop and bottled water. It is not unusual to see mothers feeding Coca Cola to their babies in any Mexican city. Mexican bottled water consumption is 170 liters per capita or 18 billion liters per annum nationally. At the average world price of bottled water of US$0.44 per liter, that is US$7.9 billion or enough money to pay off the proposed water expenditures in less than ten years. (Clearly, these water expenditures are an enormous indirect tax on the citizens resulting directly from the government’s inability to provide safe water for everyone.) On average, bottle water is priced at a minimum of 1,100 times more than the cost of the same amount of water taken from the tap. Adding further to the cost of impure water is one report that 95% of households in Mexico City boil their water. There’s more. According to National Campesina Confederation (CNC) leader Heladio Ramírez López, looming water deficiencies threaten to lead to social conflicts – both in Mexican cities and rural areas. Without even considering the expenditures on soda pop, social insurrection and lost tourism, the cost-benefit relationship of improved water services in Mexico is almost too simplistic. So why aren’t the needed capital improvements proceeding at breakneck speed?

The obvious answer must be that Mexico is a very poor country with a massive and growing population. Perhaps the demands on the government are so large that financial resources are just insufficient. In reality, Mexico has the 12th largest economy in the world coming in at a surprising US $ one trillion in 2005 (adjusted for purchasing power parity). In the vernacular of development economists, Mexico is an upper middle-income country with per capita income of $9,000 which ranks the country 80th, just slightly above the world average and about the same as Russia. The annual proposed sewer and water expenditures amount to 0.3% of GDP so what’s the big problem about getting on with the job?

Christian Stracke states in an article entitled “Mexico-The Sick Man of NAFTA” published in the World Policy Journal, Summer 2003 that “Mexico faces a number of mounting structural problems, including a growing social security crisis, a poor long-term outlook for the petroleum sector, chronic under-investment in the electricity sector, and an overwhelmed health care system, that will bring further economic disappointment – to Mexicans as well as to U.S. policymakers and foreign investors – unless they can be addressed. In fact, given the array of pressing structural problems facing Mexico, the productivity and income growth outlook over the next decade could be even more disappointing than that of the last three decades.” In other words, Mexico can’t solve its problems alone. Stracke argues that NAFTA will never be the success that was anticipated unless Mexican productivity and per capita income grows. Neither of these will be achieved unless the infrastructure of the country is significantly improved and the only way this is going to happen is through direct assistance from the United States and other countries. He argues further that $billions in aid from the US will greatly benefit the American economy once Mexicans start making decent wages with which to buy American goods. To read the full article, go to https://www.worldpolicy.org/journal/articles/wpj03-2/stracke.html.

A completely unrelated argument in support of American aid to Mexico pertains to illegal immigration. The American government in 2004 spent $3.8 billion attempting to stem the flow of illegal immigration. The bulk of this money was spent controlling illegal entries from Mexico. In spite of the financial and manpower efforts, 500,000 illegal aliens were able to avoid law enforcement in the same year. With the basic knowledge that most illegal aliens from Mexico are taking the lowest paying jobs in the USA, it must be readily apparent to American authorities that economic and living conditions in Mexico, especially for the working poor, are indeed dire. It can be argued that the Americans would be better served by improving conditions in Mexico so that fewer people would want to flee the country. If one half of the enforcement money were diverted to potable water programs in Mexico, living conditions would be significantly enhanced.

In a humorous but telling article written in 2002 by Daniel Pipes and Jonathan Schanzer entitled “Attack U.S. and Win Aid”, (https://www.danielpipes.org/article/115) the authors lament the fact that countries that are truly vital to U.S. security, such as Mexico, receive little in the way of American aid compared to countries that have declared war on the United States. In that year, the U.S. pledged $297 million in aid to Afghanistan: a country that was the base for the 9/11 attacks. Total pledges of aid to that country exceed $10 billion. Only the year before, this same country was earmarked for aid of just $3 million. Five years earlier, American forces were engaged in the former Yugoslavia; today that cluster of countries receives a whopping $358 million in U.S. aid. In the article, the authors reference an old Peter Sellars movie called “The Mouse that Roared”. A small European duchy in need of money declared war on the United States, promptly surrendered and just as promptly received massive aid from the winner. The truth of this article was borne out again in November 2003 when the U.S. congress approved an $18 billion reconstruction package for Iraq. In July 2005, $600 million of that allocation was awarded to improve the Iraqi water system. These improvements were totally unrelated to war damage. At the same time, serious doubts are now emerging about the utility of this vast amount of aid to Iraq. Apparently the country still lacks the political stability or human resources to run the completed projects.

There is an emerging consensus among economists that foreign aid has little or no utility if the recipient country lacks a stable democratic government bent on reform, or lacks free and open markets for goods and capital. Indeed, it is argued that countries that have implemented policy and market reforms have achieved rapid increases in per capita income through generous foreign aid contributions. If any country in the world is nearing the ideal as an aid recipient, it is Mexico. The NAFTA accord has created freer and open markets, democracy has blossomed with the smooth transition of power from President Zedillo to President Fox and state services such as sewer and water have been opened up to private sector investment, albeit with considerable prodding by the Inter-American Development Bank. Nonetheless, the Mexican government is not without warts and American policy experts still denounce the lack of progress in reforming a banking system that precipitated the peso crisis of 1995, the lack of reform of the social security system, as well as failures to open the electrical industry to private sector investment. [Editor’s note: Reforms to the social security system were begun last month, with significant reengineering to come.] The American government regards these types of structural reforms as a precursor of any effective development dialogue between the two countries. In comparison to American aid to countries that show none of the required precursors to growth, the dearth of aid to Mexico is inexplicable. In fact, American (and Canadian) assistance to Mexico has been downright stingy.

We have already highlighted the scope of American assistance to unstable regimes like Iraq and Afghanistan, but how does this stack up to aid to Mexico? In the most recent fiscal year, the U.S.A. allocated $33 million in aid to Mexico and this has been reduced to $31 million for 2005. Canada provided a measly $7.5 million while giving a generous $117 million to Iraq, $102 million to Afghanistan and $53 million to China. Why China receives this level of aid when it clearly has sufficient foreign exchange reserves to attempt the buyout of Unocal for $18.5 billion and Noranda for $7 billion is absolutely mind-boggling. But this is the Byzantine world of foreign aid and foreign politics in Canada and America.

I am convinced that this clear lack of interest by American and Canadian governments in the economic health of their NAFTA partner would shock the citizens of both countries when placed in juxtaposition to the assistance to other countries. Million upon millions of Canadians and Americans vacation in Mexico on an annual basis and have a well formed interest in the economic and social health of that country. Quite frankly it is time the citizens of both countries pressured their governments to help Mexico improve its basic infrastructure in a substantial way. Should these efforts fail, the Government of Mexico should set the precursors for war. First, however, prepare the articles of surrender. 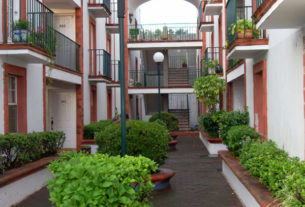 Traveling to Mexico with children