Judy pounds on my bedroom door, waking me from a very sound sleep. After all, it’s only 7 a.m.

“There’s a scorpion in the bathroom.”

Now that surprises me, as Judy is a very independent woman. Struggling out of bed, I put on a tee shirt and shorts, find one of my Birkenstocks, open the door and march down to the bathroom.

Sure enough, a red scorpion, about three inches long, is on the blue tile floor, poised under the sink, his tail raised for attack. I get down on my hands and knees, raise the Birkenstock above the scorpion and slap at him. Surprise! Surprise! He moves very quickly, avoiding my smack and scurries between my legs towards the shower.

“What?” Judy calls from the kitchen.

I turn just in time to see him scurry underneath the claw foot bathtub and disappear into the hole around the drainpipe.

“Where did he go?” She yells coming down the hall.

“Under the tub.” I say. “Don’t get excited, those little red scorpions are almost harmless.”

“Especially the males.” She mutters returning to the kitchen. I hear the clop, clop, clop of her cloth slippers on the tile floor. A good old soul, we share a hillside house just below Pipila in the city of Guanajuato.

I jump back into bed, trying to get warm while I await arrival of the sun shining through my window. It must be 30 degrees F. out there. Kind of surprising that the scorpion could move so quickly. Still early, I mercifully go back to sleep.

The sun wakens me about 9 a.m. Keeping a wary eye, I shower, dress, and check my shoes for any scorpions. Judy is meditating on the sunny roof, which doubles as our patio. Living on the side of a cliff, we have no other flat area upon which to relax.

Grateful for the peace and quiet, I fix a breakfast of two poached eggs, a bread roll and fresh squeezed orange juice. I also take a half cup of coffee from the green metal coffeepot on the propane stove. Judy is very generous with her Starbucks coffee, in spite having brought it here all the way from Seattle.

Eager for the day, I pack my black, vinyl shoulder bag with the usual items: English-Spanish dictionary, camera, a liter of bottled water, pen and a notebook. I also pack the binoculars.

I go through the bathroom, out the sliding glass door, past the wash tubs, and up the short steps to the roof.

” I’ve been here a month now, I think it’s time to see a Mexican baseball game in the stadium up the hill.”

Each day is an adventure in Guanajuato. Always up for something different, the baseball game sounds fun.

“Going by yourself?” She asks.

“Thanks, but I’ve got to go down to the market with John. Enjoy.”

The morning air is still cool and clear as I start down the narrow cobblestone path, the silence broken by the church bells ringing over the edge of the hill in the downtown area. On the path, I greet Juan, the city maintenance worker who, six days a week, sweeps the 123 steps leading to my house. “Buenos Dias.”

“Buenos Dias, señior.” He responds with a tip of his stained, yellow straw hat and broad, silver-toothed smile. He seems to wear the same clothes every day, a dirty white shirt, brown cotton pants and cowboy boots. A couple of times a week I put our garbage sack on the front porch with three or four pesos underneath and he takes it down the path to the “cat house,” so called because it’s a vacant house inhabited by wild cats. Needless to say, the “cat house” stinks, so badly that people cover their noses when walking past. Graffiti, probably drawn by the gang of kids who congregate at the top of the hill and who sometimes harass the locals in the late night hours, mars the beauty of the old, brick structure.

Juan stores garbage in the “cat house” until he has enough to make a trip down to the disposal site. This is actually a hole covered with a steel door, located on an elevated brick landing in the central downtown area. Usually the trap door is manned by an old Mexican man, who insists on throwing the garbage into the hole himself, thus allowing him to search for treasures. Beneath the hole is a garbage truck, parked in one of the tunnels that honeycomb the earth underneath the city streets. These tunnels allow traffic to flow easily below the canyon floor. The canyon, in which Guanajuato is situated, is too narrow for more than two lanes of traffic, one running up the canyon, the other down.

Arriving at the bottom of the path, I start up Avenida Juarez, the main street heading east up the canyon towards the ball stadium. Along the way, I pass “La Dama,” a salsa dancing nightclub. It closed a few hours ago and all is silent. Next are the torta store, numerous houses, and the Don Quixote Museum. Up the street from the museum are two larger than life bronze statues of Don and his sidekick, Sanch Panza mounted on their sturdy steeds. I continue up the narrow street passing the school, the tortilla factory and more houses.

Reaching the stadium, I pay eight pesos, climb up into the grandstand and take a seat about 50 feet above home plate. The stadium is a formidable structure by any standards. Oriented to the east, it’s made entirely of solid concrete including the seats and the overhang, which affords protection from the setting western sun. Since the prevailing winds are from the west, it is well planned. An unusual red rock formation about 150 feet high rings the outfield, making an outfield fence unnecessary. The red wall contrasts starkly with the basic grey concrete stadium. Nature and man joined together to create this unusual stadium.

After I buy a couple bags of pistachios from the wandering vendor, I settle against a blue steel support pole and view the field. The brilliant blue sky provides a vivid backdrop for the red, green and white Mexican flag, hanging limply from its pole.

The stadium accommodates about 2,000 spectators. Since it is early in the day, there are only about 30 people in the stands. In front of me, a Mexican woman with two small children is obviously related to one of the players now taking batting practice on the field below. Behind me, an old man sits on a green wool blanket. Above him to the left and right are two groups of men; a group of older men and a rowdier, younger bunch. They yell encouraging words to the players, who take turns pitching, hitting and running the outfield. The aluminum bats give a metallic ping as they strike the baseballs.

I easily spot the more talented players. They catch and throw with an innate grace and skill. The all wear identical red jerseys, but the rest of their uniforms are a mixed bag. Most wear caps and tennis shoes of varying styles and colors, leading me to believe this team probably operates on a low budget.

A lot of balls are hit high into the rock formation, some bouncing off the rocks returning to the field of play, while other balls become stuck in the nooks and crevasses of the cliff. Young children scramble over the top of the rocks, retrieving the trapped balls. The kids seem fearless as they clamber on the rock face. Sometimes a hard hit ball just misses one of the kids, setting off a thunderous whoops and laughter from the players on the field. In their hearts, they are all playful, carefree children again.

Lounging in the bright sun, I, too, slip into the child-like moment. The sharp ping of bats and thunk of balls hitting the rocks are hypnotic in their rhythm. The game finally starts with the arrival of the umpire, dressed in traditional black jeans and shirt.

Relaxed and peaceful, and not being a dedicated fan of either team, after awhile I begin to doze, only to be awakened by the loud yelling of the players. One of the children on the rock formation has caught a fly ball about 50 feet above the field. He holds the ball up triumphantly to cheers from the players. A hero for a day.

At game’s end, I head out of the stadium and down the hill, through town and up the steep path to my house.

Arriving at the house, Judy is in the kitchen doing dishes. She looks up. Surprised to see me; she asks, “How was the game?”

I begin a futile attempt to describe what I have seen. After rambling on for a few minutes, I just grin and say “It was wonderful.”

( Jim is currently living in the Seattle area. He spent five months in magical Guanajuato for his first Mexico visit.) 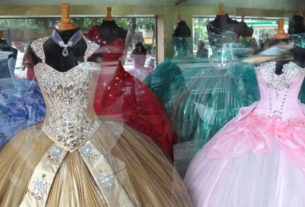