An early story by Jules Verne, the science fiction and travel author, was set in Mexico.

What’s more, he wrote it without ever setting foot in Mexico!

Most people know Jules Verne (1828-1905) as one of the pioneers of science fiction writing. His most famous works include Twenty Thousand Leagues Under the Sea (a submarine voyage with Captain Nemo as the enigmatic hero), A Journey to the Center of the Earth (in which Prof Lidenbrock and his nephew Axel descend into an extinct volcano in Iceland and discover an underground world), and From the Earth to the Moon, a vivid forerunner of future space travel. Verne’s other popular works include numerous stories such as Around the World in Eighty Days, in which eccentric Englishman Phileas Fogg races round the world to try and win a bet, Five Weeks in a Balloon, in which the heroes drift across unexplored areas in Central Asia and The Mysterious Island.

What is much less well known about Verne is that one of his very first published stories was set in Mexico. Originally called Les Premiers Navires de la Marine Mexicaine (The First Ships of the Mexican Navy), it was published in 1851, when Verne was only 23 years old. Having never visited Mexico, Verne relied on the tales he heard from seafarers in his native port of Nantes, and from Jacques Arago, a friend in Paris who had fought in Mexico’s War of Independence.

Both his parents were seafarers and, as a young boy, he had run off hoping to be a cabin boy before being discovered and returned to his parents. In 1847, he was sent to Paris to study law; the following year the French Revolution broke out. His uncle introduced him to literary and creative circles and Verne decided to give up law and focus on writing.

The First Ships of the Mexican Navy was one of his first short stories, but one for which Verne apparently received no payment. In subsequent years, the author spent countless hours in Parisian libraries eagerly pursuing his interests in geography, geology, engineering and astronomy. His wide-ranging knowledge would subsequently be used to great effect in his many full length novels. From the mid 1860s onwards, Verne was increasingly successful and wealthy.

The First Ships of the Mexican Navy is set in 1825, shortly after Mexican Independence from Spain. Following Independence in 1821, Mexico recognized the need for a strong navy to protect its extensive territory, which then stretched as far south as present-day Costa Rica. The First Secretary of War & Navy, appointed in 1821, was Antonio de Medina, who had fought at the Battle of Trafalgar in 1805. He called on the Mexican Congress to give very high priority to the formation of a navy. Though de Medina could not have known it at the time, a series of foreign interventions later in the nineteenth century would confirm the vital importance to Mexico of having a strong naval presence.

Verne’s story is based on real-life events, even if the timing of them is changed, and tells how the Mexican Navy obtained its first two warships. As Verne tells it, “On October 18, 1825, Spanish ship of the line Asia and eight-gun brig Constanzia lay off Aguijan, one of the Marianas.” The crews of these vessels, badly fed, ill-paid, and overwhelmed with fatigue during their six months voyage for Spain, have been secretly plotting a mutiny.

Off the coast of Mexico, Lieutenant Martínez, seaman José and their associates take command of the two Spanish warships; their intention is to sell them to the republican government of Mexico, which lacks any navy and is desperate to protect its ports. When two of their conspirators disappear, Martinez and José race across the country with all speed, hoping to get to the capital Mexico City as quickly as possible in order to preempt any attempt that their missing comrades may be making to strike their own bargain. An exciting pursuit, during which the heroes survive even an avalanche, leads to a predictable climax.

The locales used in the story include four Pacific coast ports – Acapulco, San Blas, Zacatula and Tehuantepec – as well as the villages or towns of Cigualan [Cihuatlán], Chilpanzingo [Chilpancingo], Tasco, Cacahuimilchan, Cuernavaca, the pre-Hispanic site of Xochicalco and the Popocatepelt [Popocatepetl] volcano.

In reality, the events unfolded in March 1825. The Asia and The Constante, along with other ships, were on route from Peru to the Philippines when they anchored off Omaja on the island of Guam. Poor conditions and lack of pay led to a mutiny which put First Lieutenant José Martínez in charge. On April 28, the ships put in to the port of Monterey (Upper California) and agreed to exchange the ships and swear loyalty to Mexico in exchange for payment equivalent to the back pay owed to the men and the right to live wherever they wanted. From Monterey, they sailed to Acapulco. At this point, the ships became officially part of the Mexican Navy. With new crews, the Asia, now renamed the Congreso Mexicano, and the Constante set off to sail round Cape Horn and challenge the Spanish ships still stationed at San Juan de Ulúa, off Veracruz.

By the time they finally arrived on March 9, 1827, the Spanish ships had left. The Congreso Mexicano was used as a floating warehouse and later a prison ship, before sinking in 1832. The Constante fared no better. It also sank in the same year, in the port of San Blas. It obstructed navigation into the port to such an extent that in 1834 it was towed further out to sea.

The complete title given by Verne to his story was North America. Historical studies. The first ships of the Mexican Navy. Meticulous as he was in regards to his geography, Verne was understandably upset when the publisher changed North America to South America without first asking for the author’s permission.

The First Ships of the Mexican Navy was reworked by the author in 1876 and included in his Extraordinary Voyages series as A Drama in Mexico.

To this day, Jules Verne remains the most widely read French author of all time, and one of the most translated authors in the world. Though scientifically dated, his Extraordinary Voyages series still captures the imagination of many young readers.

Today, the Mexican Navy (Secretaría de Marina, SEMAR) has over 55,500 personnel, and operates more than 300 ships and 70 aircraft. Its main tasks are to protect oil reserves in the Gulf of Mexico, assist in the fight against drug traffickers, and to aid in hurricane relief efforts.

This article is the basis for Chapter 13 in the author’s Mexican Kaleidoscope: myths, mysteries and mystique (Sombrero Books, 2016).

Read the original: Complete 1876 text in French as a webpage

English translations of both versions of Verne’s story about the Mexican Navy have been published. The First Ships of the Mexican Navy is included in the collection by Peter Costello entitled Jules Verne: The Eternal Adam, and other Stories, (published by Phoenix in 1999) while A Drama in Mexico is included in Dr. Ox and Other Stories, edited by I. O. Evans (published by Arco in 1964).

Published or Updated on: May 1, 2008 by Tony Burton © 2009
Share This:
Tagged history literature Tony Burton 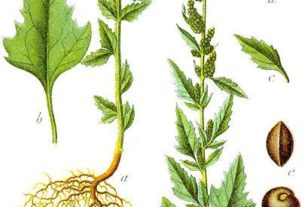 Frida – A Novel By Barbara Mujica