Shamanism is a form of religious or magical ecstasy found in various parts of the world at different stages of development. While rituals and paraphernalia may differ somewhat from one place to another, shamanism is one of the earliest forms of religious experience. Predominant in the religious systems of Siberia and the Ural-Altaic peoples, it also played an important — if somewhat more subordinate role — in North America and elsewhere. Even the northwest Athapascan-speaking tribes in Canada who otherwise had little in the way of organized religion were nevertheless strongly shamanistic. The medicine man or shaman was believed to be in direct contact with the spirits and therefore able to influence them either for good or for evil. Shamans believe absolutely in their own powers and their patients or clients have complete confidence in them.

The traditional shaman, who can be a man or a woman, serves as healer, priest, and guide for the souls of the departed. Diseases are believed to be caused by the presence of evil spirits. It is the task of the shaman to intercede and restore the equilibrium of the patient. The word “dis – ease'” means “to be ill at ease.” When disease is present, the equilibrium between body and mind is disturbed and so the patient is out of balance. The shaman therefore enters into a mystical trance in which he or she travels to the spirit world in search of the lost soul of the patient, the purpose being to bring the body and the mind back into a state of equilibrium.

Shamans use various paraphernalia, such as sacred prayer arrows or other magical objects. In Mexico, for example, the temescal, (often written temazcal) or traditional sweat bath, continues to be used as in pre-Hispanic times both as a curative means and as a ritualistic way of freeing the mind or spirit from the body. Participants in the temescal also seek a similar experience as the shaman by prayer and chanting within the fiery hot steam-filled confines of the sweat lodge.

The shaman receives instructions from the spirit world through dreams, visions and trances. Certain drugs, such as peyote, may also be used to achieve the desired result. Several different classes of healers or shamans still practice in Mexico. Curanderos (“healers”) use a wide variety of herbal remedies, with or without magical accoutrements. Brujos and brujas (“wizards” or “witches) may practice white or black magic. The Huichol marakame or shaman-priest heals with sacred prayer arrows. The curative value of certain forms of traditional medicine has been well-established but the shaman believes also that he or she actually leaves the physical body and travels in the spirit to the realm of the supernatural beyond this world of cause and effect. Hardline scientists, of course, reject such claims as mere hallucination, self-deception or even downright lies.

Biology of the mind

Neuroscience, or the biology of the mind, is the study of the relationship between the mind and the brain. Using brain imaging techniques, researchers seek to map out those specific areas of the brain that are responsible for subjective experiences, such as joy, sadness, love and the like. By placing electrodes on certain parts of the brain certain specific subjective feelings can be evoked. The purpose is to determine the exact relationship between mind as mental phenomena and brain as the physical basis of mind. Some think that the mind and the brain are identical, in which case a similar experiment on the appropriate area of a shaman’s brain would, presumably, produce the sensation of a magical flight to the world of the supernatural.

Biologically, the brain is “a large soft mass of nerve tissue contained within the cranium” and the neuron is the “basic unit of nervous tissue, nerve cell and its processes, etc.” The “scientific” explanation of mind or consciousness is based on analysis of these neurons, that is to say, the nervous system of the brain. Presumably subjective states of mind can therefore be explained solely in terms of these neural functions of the brain. If so, then all belief systems or so-called “folk psychology” have no objective basis in reality but are simply produced by physical processes alone. All religious or spiritual experience could thus be explained in terms of the physical functions of the brain.

The human mind, not outer space, is the final frontier. Neurobiologists themselves agree that the complexity of the brain is one of science’s most daunting challenges. Some believe they have already solved the problem of the mind -body relationship, or at least are on the right track. In 1972, Gerald Edelman shared a Nobel prize for his work on the human immune system. Basing his conclusions on the machinations of a Robot he calls Darwin 4, Edelman believes that when his robot chooses a red object over a blue object it is making value judgements, that is to say, “blue is bad, red is good.” If so, then one could argue that a robot fitted out with a sufficiently complex computer system could not only make value judgements for itself but could even question its own existence in the same way humans do. The computer system required to produce such a thinking robot would presumably equal, or even surpass, the level of complexity of the human mind itself.

How do I know?

The controversy continues unabated. Notwithstanding the strident claims of behaviourist psychologists in particular, the problem of consciousness remains. How do I know that you are conscious? One American philosopher, Thomas Nagel, summed it up in a 1974 journal paper entitled: “What is it like to be a bat?” What is this subjective feeling or state of mind that I and I alone experience and how does this relate to the external manifestation of my inner mental state? We can only infer another person’s state of mind through objective observation and interpretation of outward signs and behaviour. We cannot fully participate in the subjective experience of another person. In order to enter fully into another person’s consciousness one would have to be the other person.

It is unlikely that even a machine sufficiently complex to encompass all the mental capacity of the human brain would be able to comprehend itself because it would always require something more in order to explain what it already is. One might still argue that it is a question not of quality but of quantity, that is to say, the limitations to this kind of research are practical not theoretical — at least for the present.

For centuries philosophers have toyed with the idea that mind, not humankind, is the measure of all things. A central concept in Zen Buddhism is cittamatra (“mind only”), which means that the world out there is nothing more than my perception of it. This, however, does not explain exactly how I perceive the world or why my perceptions often differ from those of another person viewing the same external phenomena. A behaviourist psychologist would probably argue that all subjective mental states, including religious transcendence and, of course, the out-of-body-experience of the traditional shaman, can be reduced to that pulsating mass of nervous tissue we call the brain. But this is not exactly what the Buddhist philosophers had in mind and the problem of consciousness remains.

I attended a three-day Fiesta de las Plantas Medicinales held near the famous archaeological site of Teotihuacan. At the conclusion of the fiesta, a ceremonial dance accompanied by traditional rituals took place in the plaza within sight of the Pyramid of the Sun. The atmosphere was electrifying. I never learned how to dance but somehow the incessant beat of the huehuetl, the traditional Aztec drum, the subtle swishing sound of rattles, and the colour and whirl of the dancers in full costume drew me into the dance. Following the lead of my friends, I soon found myself in the dance circle. We were not aware of the passage of time. Afterwards someone told us that we had been dancing for many hours in the blazing heat of the midday sun. I glanced over at the Pyramid of the Sun which I had I had often seen before as a tourist. But my perception had been altered. I was no longer a tourist, a mere spectator, I felt that I had entered into the spirit of the place.

After the ceremony, many of the spectators joined the shamans, curanderos and dancers on the plaza to receive the blessing of the priests, who offered copal incense and sacred plants. We then made our way out of Teotihuacan, the Place Where the Gods were Born, led by the Aztec dancers. Daniel, a Huichol marakame, or shaman-priest who had been a special guest at the main ceremony, momentarily disappeared from the group. A short time later he reappeared from behind one of the mounds. Everyone came to a dead stop in respect for this famous shaman. When asked where he had been, he replied, in Spanish, “I have been to the moon.”

Did Daniel really go to the moon at Teotihuacan? A scientist might argue that “something” triggered off a neurological reaction in Daniel’s brain which in turn produced a mental state in which he truly believed he had gone to the moon. Perhaps Daniel’s body did remain on earth. But few in the procession that day really doubted that somehow Daniel’s spirit had left his body and gone on a magical flight, somewhere. Who but Daniel really knows where he went when he disappeared from our sight that memorable day at Teotihuacan? I don’t. 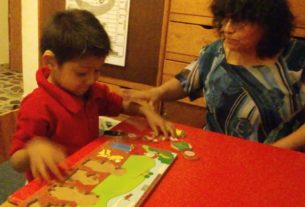